Advertisement
HomeSportSoccerReport: Superb away win for Finn Harps at Shamrock Rovers B
Advertisement 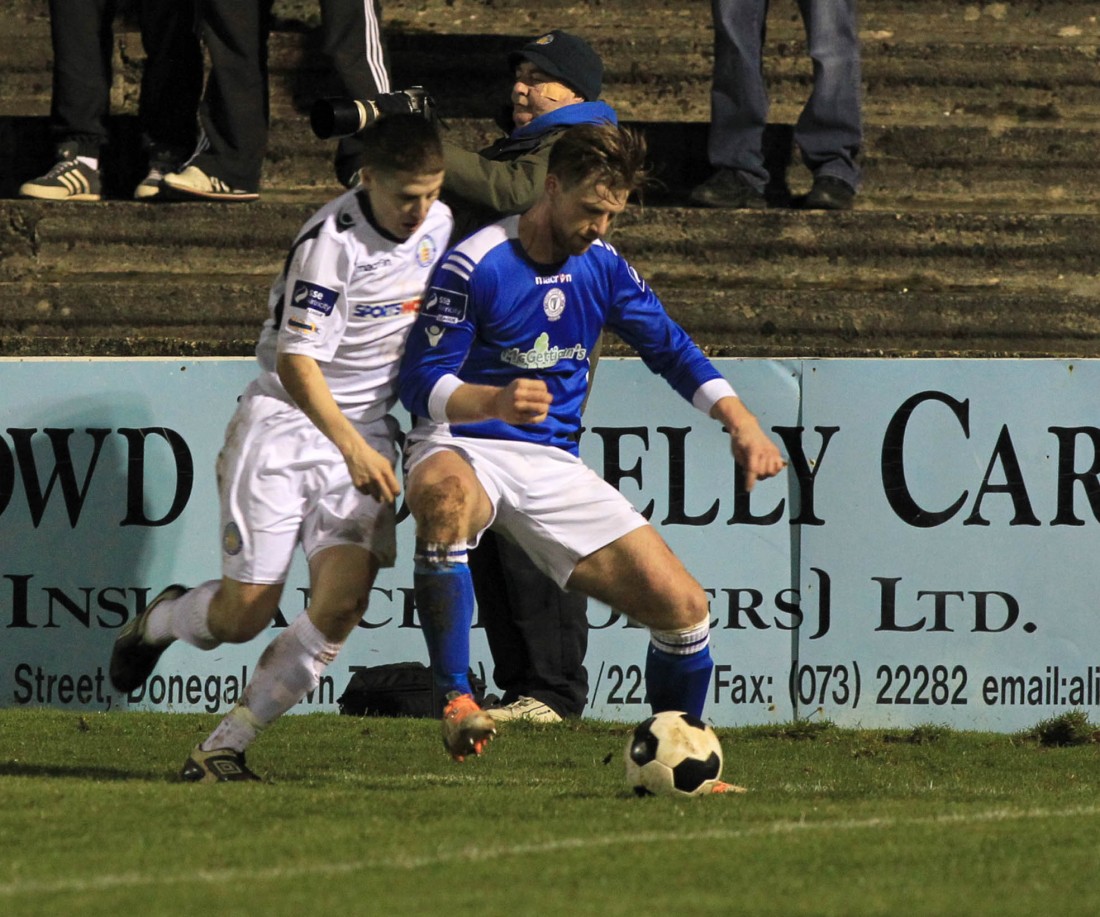 Keith Cowan of Finn Harps who scored against Shamrock Rovers B

By Macdara Ferris at Tallaght Stadium

FINN Harps won on their first ever competitive visit to Tallaght Stadium on Sunday as First Division football debuted in the Dublin venue.

It was a quiet first half on the pitch and in the stands in front of a small crowd in Tallaght but it was the vocal away supporters who were in full voice at half-time as their team struck the opener a minute from the break. Keith Cowan had the honour of scoring the first First Division goal in Tallaght Stadium. When Damien McNulty headed Johnny Bonner’s free kick back across the area, Cowan got up highest to head the ball into the top corner of the net.

Harps had created a couple of chances in the first ten minutes of the game, none of which though they could quite convert. Carel Tiofack’s free kick, after Sean Heaney fouled Ruairi Keating near the corner flag, found McCann who shot over. Tiofack and McCann then linked up again with McCann heading a corner wide taken by the Under 19 Ireland international.

Cowan had handed Rovers their first real chance of the game midway through the half. He barrelled into the back of Rovers’ Chris Lyons and went in referee Ray Matthews book giving the Hoops a free kick in a dangerous position. Daniel Purdy got the free over the wall and on target as Conor Winn in goal, on his return to his former club, palmed the ball away.

Ollie Horgan’s team lined out with three at the back and had two thirds of his centre defence on yellow cards before the half hour mark as Packie Mailey joined Cowan in the book. Purdy had another chance five minutes from the break when he took a long ball in, turned and shot from 25 yards but it didn’t trouble Winn.

Harps doubled their lead on 56 minutes from the penalty spot. Ruairi Keating had got by Rovers captain Corie Treacy and when Liam Traynor came in from the right to tackle, he went to ground and handled the ball. The assistant referee’s flag went up and the referee pointed to the spot. Michael Funston took the resulting penalty kick slotting it home to the goalkeeper’s right as Michael Kelly dived left.

Before the Rovers team could gather themselves they were 3-0 behind a minute before the hour mark as McCann got on the end of a Harps corner from Funston. His shot somehow found a route through a myriad of Rovers defender’s legs and into the back of the net.

Daniel Purdy was the standout player in a Rovers B team that had none of Trevor Croly’s Premier Division players in it.

Purdy, who scored last weekend against Cobh, continued to try his luck from distance to try and get the Hoops back into the game. He drilled a shot wide for Rovers after good work by Emeka Onwubiko and then the industrious Ryan Doolin set up Purdy again but he couldn’t find the target.

However, the Finn Harps defence stood tall in the final period of the game to earn the first league victory of the Ollie Horgan Harps era.