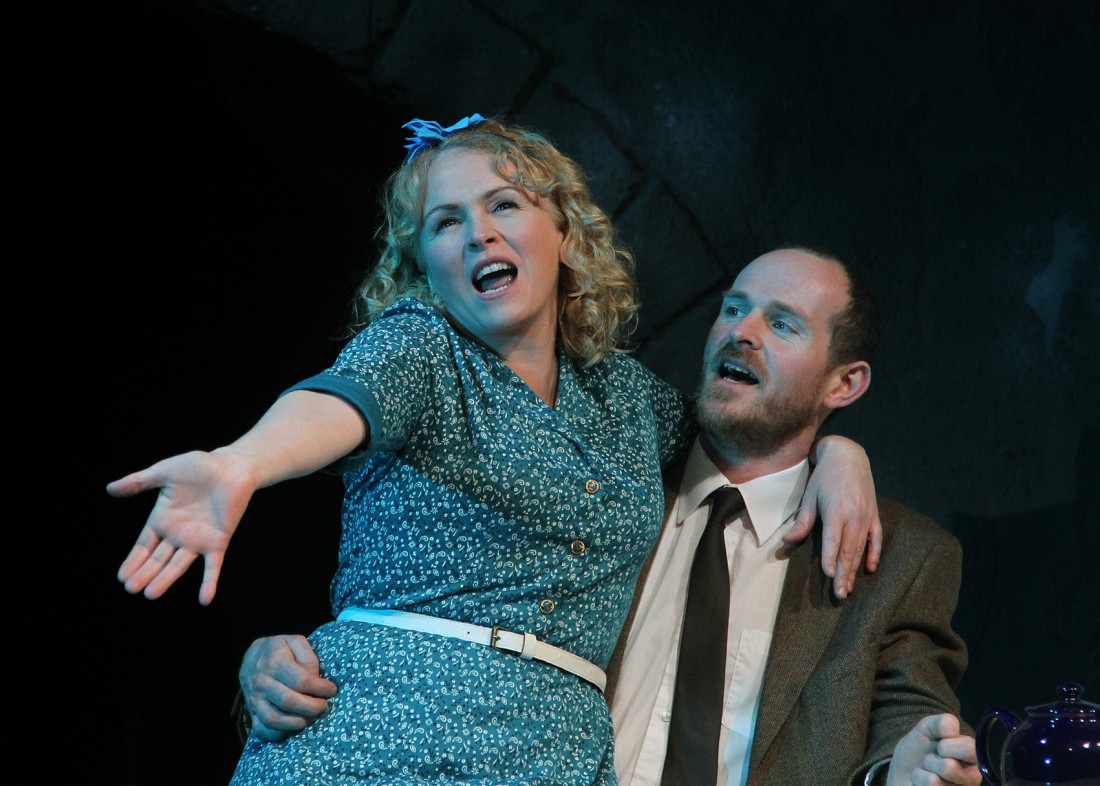 Pat McCabe’s comedy drama The Bridge Below The Time is at An Grianán Theatre this Tues and Wed 19 and 19 March.

PAT McCabe’s The Bridge Below The Town fill be stated at An Grianán Theatre in Letterkenny on Tuesday, 18th and Wednesday, March 19, at 8pm.

It’s 1958 in small town Ireland – Khruschev’s in the Kremlin, Elvis is in the army and Golly Murray’s heart is breaking. Such is the setting for The Bridge Below The Town, the latest drama from author Pat McCabe whose previous hits include The Butcher Boy and Breakfast on Pluto (both adapted into successful movies by Neil Jordan).

Set in the colourful, innocent world of 1950’s Ireland, The Bridge Below The Town is a rollercoaster ride about life, love, Butlins and nuns who make Marla Men all to the beat of a classic soundtrack.

Love will survive of us all. Golly Murray discovers this gratifying truth. Almost broken by the travails of life’s struggles, she and her husband Patsy are seen to triumph over adversity in the most extraordinary and uplifting way.
Golly becomes aware of a presence in her home late at night as she makes a cup of tea, but is it her subconscious or something more frightening?

A dialogue begins as the presence changes form from a refined gentleman, to a small town middle class lady, to something else entirely – a figure from the future.
And it always occurs to the strains of the 1950s song ‘The Bridge Below the Town’.
The play was inspired by a character originally featured in McCabe’s novel, ‘The Stray Sod Country’ and is directed by Padraic McIntyre: “Golly is the wife of the local barber, Patsy Murray,” he explains. “She is in her fifties and the play flashes back to a time in her life when she had her own troubles, as they would say in those days ‘she suffered from the nerves’ though these days we would recognise it more as depression.

“It’s Golly’s story seen through tinted lenses looking back over a time in her own life. We also see the rest of the town come alive, there’s a brilliant mad priest Fr Peyton and his housekeeper Mrs Miniter, and hilariously funny stuff which, in typical McCabe fashion, he goes along with. He also very much nods toward the Catholicism of that time but ultimately it is really Golly’s story.

“It’s a big play with multi-role playing and music from the 1950s period – Bridie Gallagher’s ‘Goodbye Johnny Dear’, those kind of evocative songs that tug on your emotions. It’s kind of a nod to 1950s cinema and Hollywood, it has a big soundscape.”
The cast of six features Malcolm Adams, Lorna Quinn, Roseanna Purcell, Damian Devaney, Janet Moran and Barbara Bergin. Call the theatre’s box office on 0749120777 or see www.angrianan.com for further information.