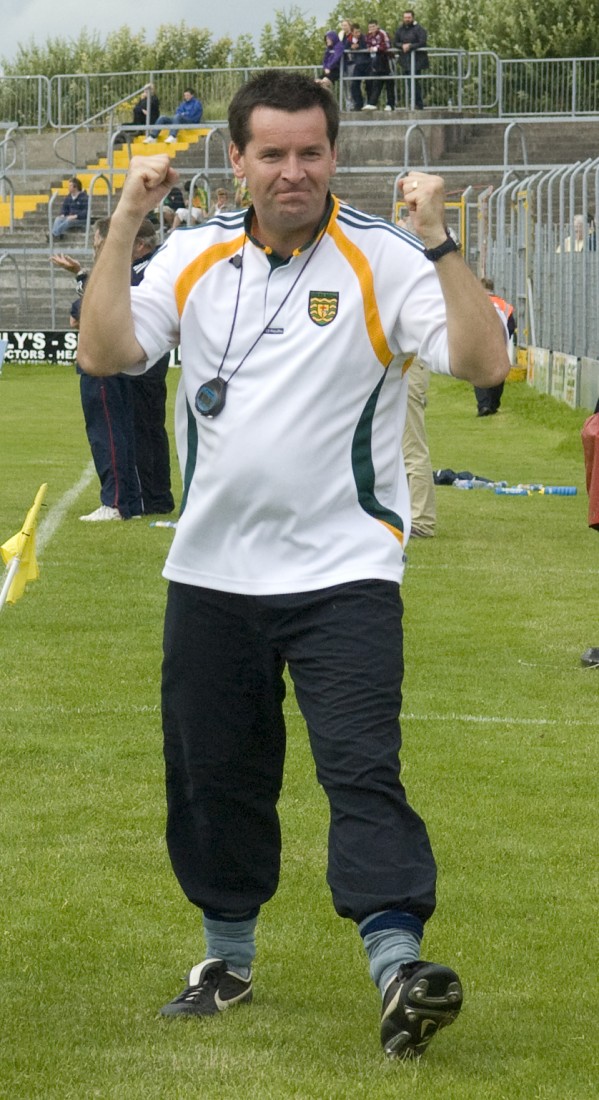 DAVY McLaughlin’s project with the Donegal senior ladies team is a long-term one with the Moville man having been given the manager’s position until the end of the 2015 season.

Following the departure of Maggie Foy, just a month after being appointed to the post following a disappointing start to the campaign, there was disarray in the camp with members of the Ladies Board having to hold the reigns.

However, McLaughlin saw the opportunity and went for it. The Board accepted his request to fill the post until the end of next year and also gave the green light to the appointment of Tyrone native Sean O’Kane as the team’s trainer.

Defeat on Sunday to Monaghan in Glenfin means that – regardless of the result of next weekend’s game away to Kerry – Donegal have been relegated to Division 2, but McLaughlin isn’t too downhearted.

“It’s unfortunate, but that’s the hand that we have been dealt,” he told the Donegal News this week.

“We’re down to business now and to be fair the girls have bought into what we’ve been doing so far. It was a difficult period for them and they seemed a bit down on themselves. I thought long and hard about it and asked to get the job until 2015.

“I wanted to bring Sean in. He’s a super coach who has been involved with the Tyrone Under-21 and Minor mens’ teams and he managed the Tyrone Ladies to a Junior All-Ireland title.

“We’ve been very pleased with their work ethic so far. We haven’t managed to get everyone collectively yet. We have set out our stall and they’ve all said that they’re buying into what we’re trying to do. We’re only 70 per cent of where we want to be in terms of the plan. The next month will tell a tale for us.”

While they head for Kerry next weekend, the big aim is their Ulster Championship game against the winner of the Tyrone-Armagh tie in June.

“We want to maximise fitness and give that a blast,” McLaughlin said.

“We’re at least three months behind a lot of teams, so we have a programme laid down for the next twelve weeks which will see us catch up. We aren’t writing 2014 off by any matter of means, but it is all about gearing up for next year. Nothing is beyond us and we’ll be looking to give the summer our best shot. That is what we’re all gearing towards now.”

Even without Geraldine McLaughlin, Kate Keaney and Ciara Hegarty, Donegal put up a strong fight against Monaghan on Sunday, losing out 3-9 to 2-7.

“We rattled Monaghan and the girls aren’t terribly far away,” the new manager said.

“We were missing a few of our starters, but we rattled Monaghan. They mightn’t be as far away as some people think.”

McLaughlin worked alongside Kenny Griffin with Donegal underage teams in recent years and has also managed the Moville ladies to League and Championship success.

“I thought about applying for the job at the start of the year, but I felt that it wasn’t right,” he said. “It still isn’t perfect, but I decided to give it a go. I see an opportunity and feel that I can do something with the team. I have a top-class coach in now and the girls have responded.

“They were cautious the first night we came in, you could see that. We sat them down before training and told them what we wanted – we told them we were moving it up and making it as professional as we could.

“You could see that there was a wee bit of, ‘aye, I’ve heard that before’, but since then there has been a real buzz about training and they’ve all volunteered the hard work. The signs are good so far.”

McLaughlin has added two minors – Amber Barrett and Shannon McGroddy – as well as Sarah Faulkener to his squad. On Sunday, Barrett scored 1-4 against Monaghan (captain Karen Guthrie hit the other 1-3) and has shown signs that she could be every bit as potent as Geraldine McLaughlin in making the step up.

The new Donegal boss has also indicated that Termon’s Roisin McCafferty and Moville’s Niamh McLaughlin could return for the Championship.