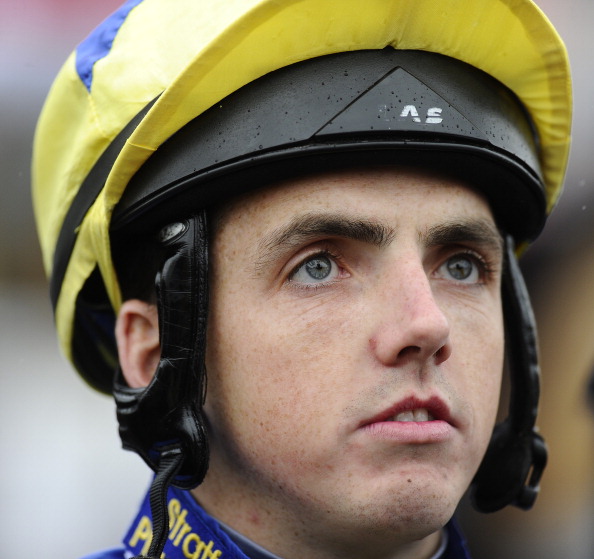 MARTIN Harley is said to be ‘remarkably upbeat’ despite breaking a bone in his neck and fracturing four ribs in a horrific fall at Lingfield Park yesterday.

The 24-year old Letterkenny jockey is recovering in St George’s Hospital in Tooting, London, following the incident, which will put him out of action for the first half of the flat racing season.

Harley doesn’t need surgery on his injuries and was back on his feet walking in hospital earlier today. He is excpected to be discharged from hospital tomorrow, but will have his neck in a collar for the next six weeks.

Harley will miss at least a couple of months of action, including Saturday-week’s Dubai Sheema Classic at Meydan, Dubai, where he was to saddle Mount Athos for Marco Botti. Harley recently started his new role as Botti’s stable jockey in Newmarket.

Harley took a crashing fall off Red Art in the closing stages of the seven-furlong Ladbrokes Mobile Handicap.

Having been taken to East Surrey Hospital, where he had a full-body scan, Harley was later transferred to St George’s, where there is a specialist neurology unit.

Harley was accompanied to hospital by the jockey’s agent Neil Allan and fellow jockey Ryan Moore.

“It’s positive news in the context of the fall,” Struthers tweeted.

“Martin has fractured a vertebrae in his neck though it’s stable and wasn’t displaced so doesn’t need an op but will be in a collar for 6 wks. He’s also fractured 4 ribs. Docs had him walking about for 1st time & his spirits are remarkably upbeat. Home today or 2moro all being well.”

Harley also suffered a punctured lung in the fall and medics have praised the quick-thinking PJA, who sent a DVD of the incident in the ambulance with Harley to aid specialists in their treatment of the Donegal native.

“Obviously this is very disappointing news with the flat season just about to start but our thoughts are with Martin,” Botti said.

“It looked a horrible fall on TV. We were led to believe he was just bruised to start with but the scans have obviously shown up these breaks.

“All in all, in a way, he was lucky because it was an horrible fall. It could have been much worse.”

Harley was concussed, but was fully conscious when transferred to hospital and is expected to make a full recovery in time.

Five-year old Red Art was fatally wounded after clipping heels and landed nose first on the polytrack when Harley sought a way through inside the final 200 yards, but was pipped by winner Presumido and runner-up Alnoomaas. The Tony Newcombe-trained five-year-old died after breaking a shoulder and catapulted Harley to the ground, the jockey landing head first.