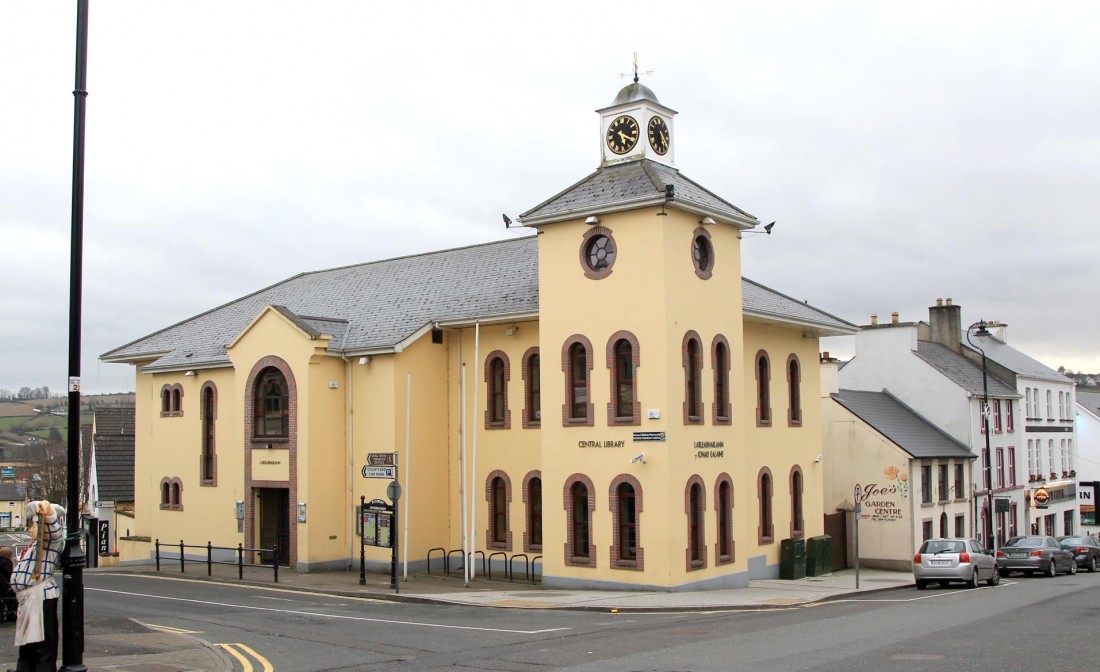 By Cronan Scanlon
THE busy upstairs section of the Central Library in Letterkenny is expected to re-open next month, almost nine months after it was closed due to flood damage.

The work of local historians, researchers and students have been curtailed as a result of last July’s pipe burst.

However, a spokesperson for Donegal County Council told the Donegal News on Friday that they “hoped” the upstairs section would re-open some time in April.

“It is hoped to re-open the upstairs section of the library next month. A substantial amount of work has been done including the installation of a new boiler, new carpet has been fitted and the research area has been painted,” the spokesperson explained.
“Work is now ongoing on replacing shelving and stock.
“Much of the furniture, some equipment, and the carpet had to be replaced following the water damage last year. This also entailed moving all the library stock and shelving, and anyone familiar with the Central Library research section, will understand what a major task this is in itself.

“In the intervening period, library staff transferred the Europe Direct Information Centre to the ground floor so this service could continue to be provided. General research and genealogy queries have been dealt with where possible,” the spokesperson concluded.

The library is said to be one of the most popular or most used government or local authority stand alone facility in Letterkenny.

Despite living in the hi-tech age of computers and electronic media, an increasing number of Donegal people are calling to their local library to read and rent ‘real’ books.

The number of visitors to Donegal County Council run libraries saw a sharp increase in recent years, despite a decrease in opening hours and staffing levels.