BY HARRY WALSH
A Letterkenny man and part-time Harvard Universary student is set to perform with one of the planet’s most popular DJs on Easter Sunday night.
Richie Monaghan has been confirmed to play the opening set of the John Digweed gig in the Button Factory in Dublin.
A former student of St Eunan’s College and Sligo Grammar School, Richie has spent the past six years living and working in Boston.

Speaking to the Donegal News this week he said that he was looking forward to coming home next month and getting the opportunity to play the Button Factory.
“I was asked by fellow Letterkenny man Conor Rainey to put a mixed CD together. He is one of the promoters of the Button Factory and since we have played together in the past, he is familiar with my style.
“After getting the go-ahead from the agent, I got confirmed to play the opening set. It’s a huge honour for me, as I have been a huge fan of John Digweed since the early days. I’ve lost count of how many times I’ve seen him at this stage,” he said.

The oldest son of Frankie and Eleanor Monaghan, New Line Road, he has a sister Rachael who lives in Dublin. “After my Leaving Certificate I then moved to Dublin to complete a Business Studies degree at DBS.
“After graduating and spending a year working in Dublin, I decided it was time for a change. So I packed my bags and off I went to Boston in January 2008. I am now currently pursing a part-time Masters at the Harvard University Extension School,” he said.
The move to America was somewhat of a chance but it’s been a case of so far so good.
“A good friend of mine had just moved to Boston to complete his Masters, so I figured why not move over there for a year and see how it goes.

“I originally came over to work for a bank on a year-long student visa, and then was lucky enough to win the green card lottery. I must say Boston is definitely home away from home now. There is such a huge Irish contingency here and I manage to fly home a couple of times a year so I have the best of both worlds. And here I am six years later,” he said.
The extra ‘curricular activity’ – the music – began when he bought his first set of turntables back in 1998. “I used go to a store in Derry called Fresh Records most Saturdays and spend whatever pocket money I had saved on new vinyl.

“After going to a few music festivals in Ireland around that time, I got hooked on the scene. My sound has certainly evolved over time and with all the cool music out there it’s sometimes hard to stay on top of the new tunes,” he said.
Richie recently played a number of sets in Boston and he’s noticed a huge difference in the underground music scene over the past six years.
“I remember when I first came over there were only a couple of clubs playing good dance music, but that has developed to at least 10 to15 places all promoting music each night. You can guarantee to hear a big name DJ every week,” he said.

Apart from work, study and Djing he manages to keep pretty active in his free time.
“I’ve completed a number of half-marathons and triathlons over the years. I just recently signed up for a charity race in aid of multiple sclerosis.
“It’s a two-day 150-mile bike ride from Boston to Cape Cod in June. It’s should be challenging but I’m really looking forward to it,” he said.

John Digweed is described as being one of the planet’s most popular DJs, with a career spanning some of his fans’ lifetimes.
In addition, he’s a broadcaster, a producer, a promoter and active A&R Executive for his own Bedrock imprint.
Digweed will play a 4 hour set at The Button Factory on Sunday, 20th April. Tickets €22.50 including booking fee available from Tickermaster. 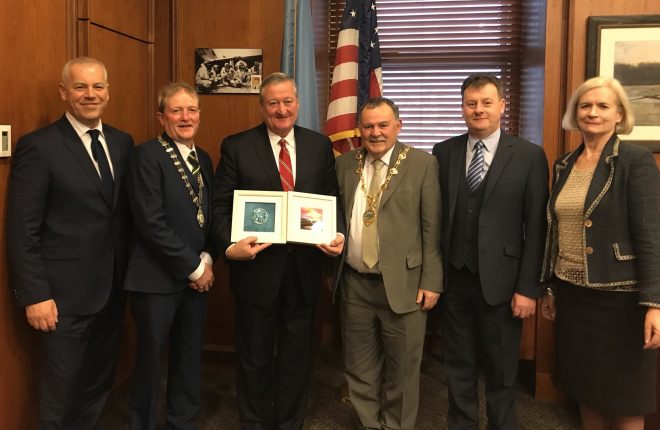 The Mayor of Philadelphia, Jim Kenney, hosted an Ireland North West delegation as they spent a full day in... 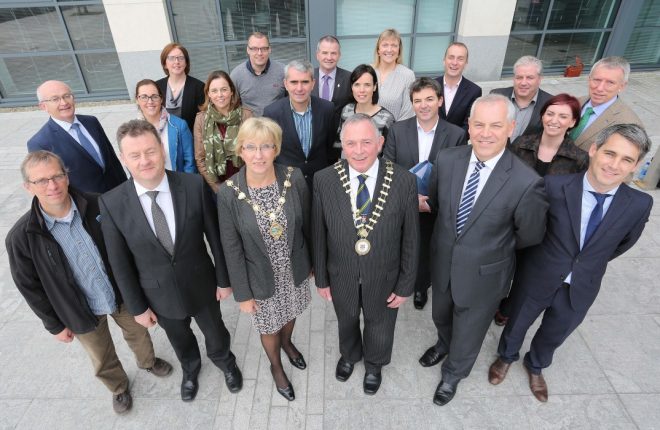 “The North West region has a compelling and attractive proposition for investors”.