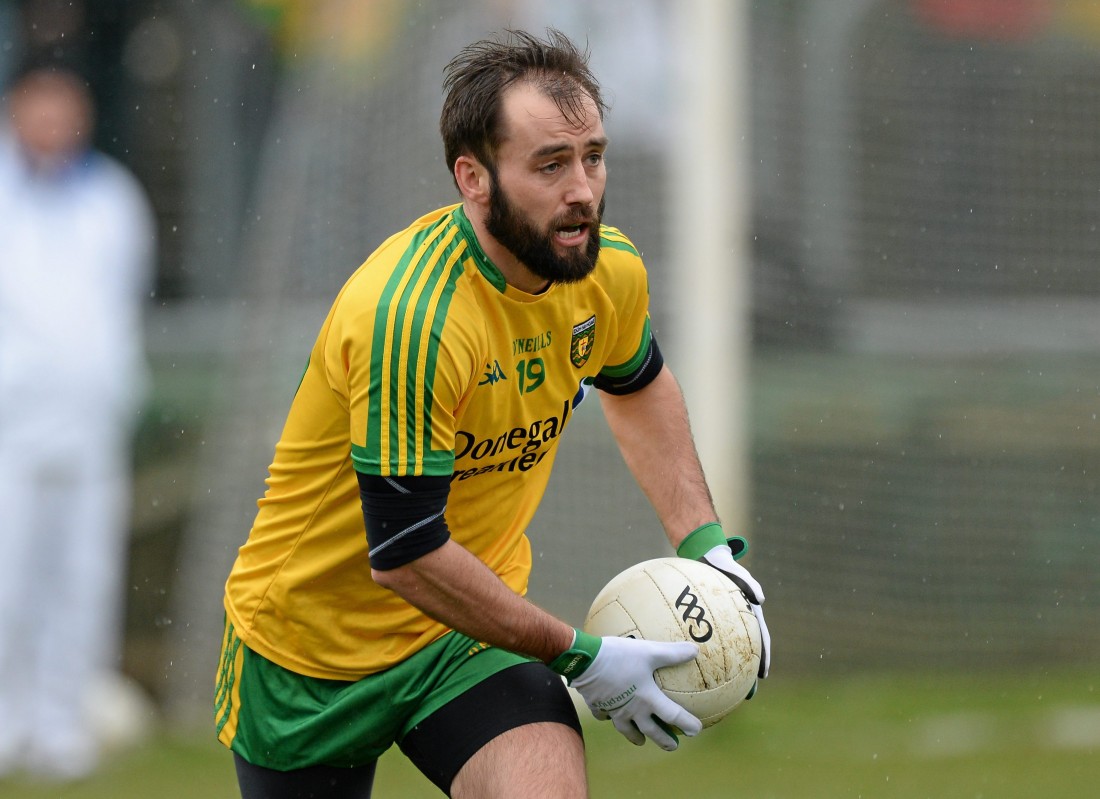 Karl Lacey will return to the Donegal line-up this Sunday in Newry.

KARL Lacey will return to the Donegal team for this Sunday’s crunch Division 2 clash against Down at Páirc Esler, Newry (throw-in 2pm).

The 2012 Footballer of the Year will take the place of Ryan McHugh at corner-back in what is expected to be the only change to the starting fifteen from that which began the draw with Meath in Ballybofey on Sunday.

Lacey was rested for the game against Meath, but came on when McHugh was black-carded in the 48th minute.

McHugh is one of five members of the panel also included in Maxi Curran’s Donegal Under-21 squad which faces up to Fermanagh next Wednesday night in Ballybofey in the Ulster U-21 Championship.

With that fixture in mind, the Kilcar man will be rested from starting duties although he, along with Martin O’Reilly, Patrick McBrearty, Hugh McFadden and Darach O’Connor (who is also set to line out for Colaistí Inis Eoghain in Monday’s MacLarnon Cup final against St Eunan’s College in Armagh) will be included in the traveling squad for Newry.

Lacey played all bar a minute of Donegal’s opening three games and is back into the rearguard this weekend.

“It’s important that we get people like Karl integrated properly, while being mindful that we also have to protect them.”

McGuinness will resist the temptation to start Neil Gallagher at midfield, the Glenswilly man having helped turn the tide against Meath, with Rory Kavanagh and Martin McElhinney set for the centrefield slots.

Odhrán MacNiallais and Christy Toye continue in the half-forward line having been in impressive form so far in the League, while Dermot Molloy is set to keep his place up top, alongside Michael Murphy and Colm McFadden.