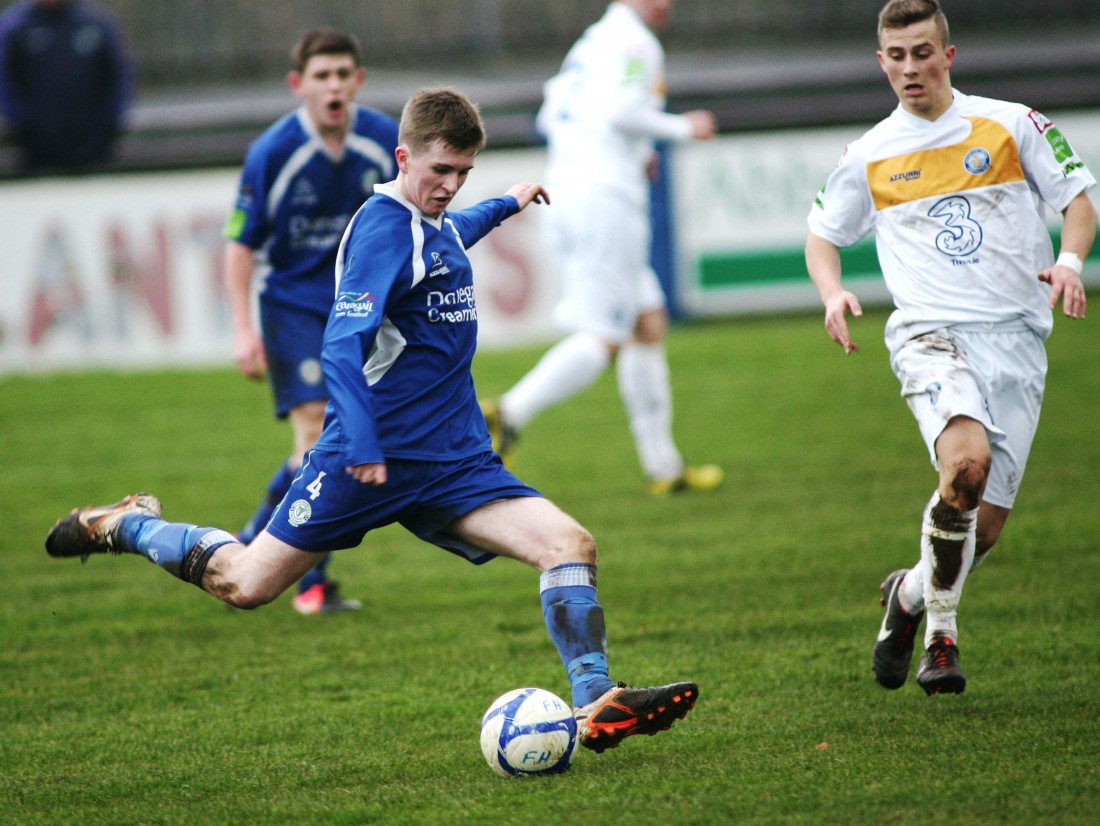 FOUR Donegal players have both been named in Paul Doolin’s Republic of Ireland Under 18 squad for two friendly internationals against Czech Republic next week.
Letterkenny’s Ryan Rainey (Wolves) and Chris Flanagan (Finn Harps) are joined by former Cockhill and Moville ‘keepers Harry Doherty (Charlton Athletic FC) and Peter Burke (Sunderland) in the 20-strong squad.
The U18 level is non-competitive but these fixtures are used towards preparing for next season’s U19 UEFA campaign.
A number of players who were in consideration were ruled out through injuries or club commitments but the Irish boss is happy with the squad he has at his disposal.

“When it’s a non-FIFA week it’s hard to get players released from clubs. Even in FIFA weeks its tough enough. It’s at the latter part of the U18 competitions in England,” he explained.
“I would have liked to see a few of the guys I haven’t seen for a while but I see this as an opportunity to see other players. Fixtures like this are always useful.
“Josh Cullen, Jack Hallahan, Harry Charsley and Reece Grego-Cox are players that I haven’t seen the much of so I’m looking forward to working with them directly,” said Doolin.
“The home-based players are all there with a chance to impress the likes of Jack Bayly, who we worked with before, has been playing well so it’ll be good to see him again. The home-based players were outstanding against Wales recently and it’ll be interesting to see how the cope now they are stepping up another level.”

Doolin believes these games are an opportunity for players to show they can feature for him in UEFA competition. The UEFA U19 Championships elite qualifying round is being held in Dublin in May while these players are all eligible at U19 level next year too.
“The Czech Republic are always good teams to play against. It’s important to work with the U18s even if it is non-competitive. It’s hugely important to work with them a year ahead of the qualifiers as it lets you know what you have and what you may need ahead of qualifiers,” he said.
“In this 1996 age-group there are a huge amount of players and we’ve got seven already of 1996-born players in in this year’s U19s. It’s important that these lads see what we’re looking for and know how we do things. These games are huge for us.”