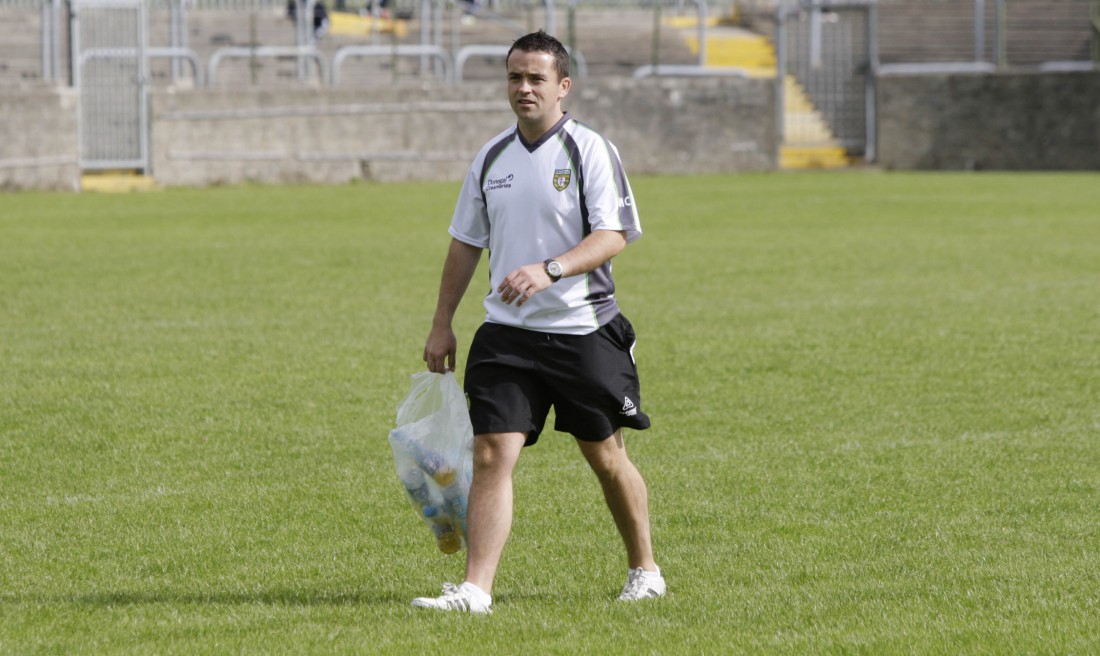 MAXI Curran believes that Donegal’s march to the Ulster Under-21 final last year has injected real belief into his charges as they prepare to begin the 2014 version on tonight when they face Fermanagh in Ballybofey (throw-in 8pm).

Donegal defeated fancied sides in Tyrone and Derry last year, before they fell to Cavan’s three-in-a-row bid in the final.

Curran and his squad have been working hard over the last few months, but it all falls down to sixty minutes by the Finn on Wednesday evening. The unforgiving nature of this Championship means it’s a case of sinking or swimming.

“We start on the 19th of March and the Ulster final is on April 9th so a minor injury could rule a player out for the entire Championship. It’s a difficult competition, it’s gung-ho from the off. You can say about other competitions that they’re marathons, but this one is a sprint.

“Last year, beating Tyrone in Omagh and then getting over the line against Derry, was a serious lift in terms of knowing that we’re able to compete at this level.

“The 2010 team (which won Ulster and was beaten by Dublin in the All-Ireland final) was the exception because in general Donegal have had a poor record in the Under-21 competition over the last ten years.

“A lot of those boys had never won a match at underage level. There are a number of last year’s panel available again and a number of other players who are very good, so we definitely have to be hopeful.”

This is Curran’s third year at the helm of the Under-21s. His side is captained by Patrick McBrearty and also contains Ryan McHugh, Darach O’Connor, Martin O’Reilly and Hugh McFadden from the Donegal senior squad.
McMcFadden has not played previously at this level, but McBrearty, McHugh, O’Reilly and O’Connor were on last year’s panel, with other returnees including Naomh Colmcille’s Willie Gillespie, St Eunan’s Conor Parke, Kilcar’s Eoin McHugh and Sean MacCumhaill’s Gavin Gallagher.

McBrearty and O’Reilly have had injuries of late, but both are expected to be available to start.

Cloughaneely’s Joe Coll, who spent some time on the books of Manchester United before returning last autumn, is one of two goalkeepers on the panel, the other being Urris’ Kevin McLaughlin.

Curran has had a productive pre-season with his troops, but admits that it hasn’t exactly been without it’s problems.

“We’ve been doing a lot of work with the guys who have been available, played a couple of challenges games too, it hasn’t been very extreme,” he said.

Curran’s battalion comes from all corners, with eleven of his panel based in Dublin, seven in Sligo, one in Galway and another, Ardara’s Kevin  Herron, at college in Cork.

“You look at other counties and they’re an hour away from Dublin or Belfast,” Curran said.

“I was talking to the Monaghan manager recently. He’s based in Belfast and can be in Monaghan in around an hour and ten minutes – that’s shorter than some of our fellas who are based at home.

“This is a difficult competition, but that’s the nature of it.

“It’s an exciting competition, too, given the win or bust nature of it. We’re trying to make a mark and the lads are hungry – they’ve given us massive commitment.

“It has been tough. Patrick is our captain and we’ve only had him for three and a half games and two training sessions; Darach has only trained once and played two half matches. That’s just the nature of it, though.”

Fermanagh had a troubled winter and Vinny Connolly was a late appointment as manager.

However, Curran insists that Donegal would do well to be cautious against a side that includes the Cullen twins, Che and Leo, who have been regular features of Pete McGrath’s Fermanagh senior side. The prize for the victor is a semi-final meeting with Armagh or Antrim.

Curran said: “These Fermanagh boys have more medals than we have. A lot of their players won the MacRory Cup with St Michael’s, Enniskillen two years ago and played against St Mary’s, Edenderry in the All-Ireland Hogan Cup final. Offaly beat Kildare last week in the Leinster Under-21 and were backboned by that Edenderry team. It’s the same with this Fermanagh team.

“The MacRory and Hogan Cups are serious competitions and are very good indicators.

“We’re pretty much on a hiding to nothing: If we win, it’ll be ‘Fermanagh were no good’ and if we lose, well, we’re gone.”

And that, right there, is the Under-21 Championship in a nutshell.

Verdict: Donegal’s cache of attacking firepower to steer them into a semi-final.