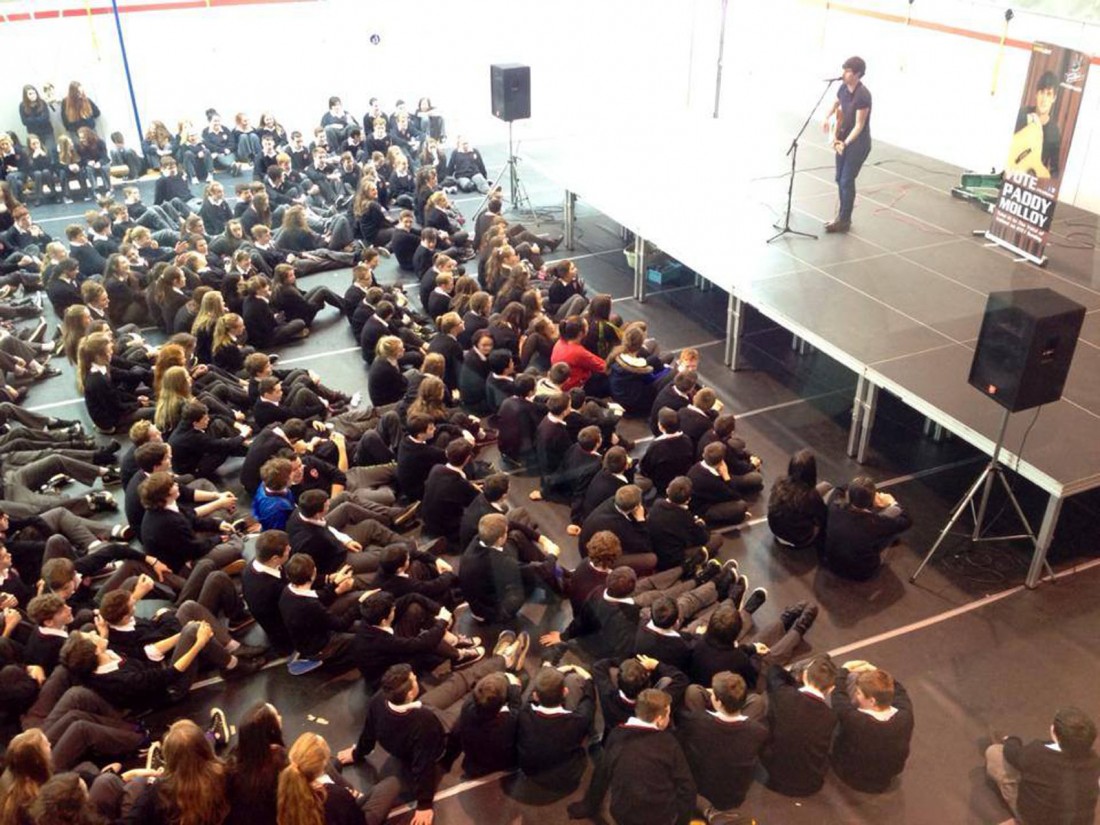 BY SEÁN P. FEENY
A YOUNG Donegal singer is hoping the county will get behind him this weekend as he bids to make it into the next stage of this year’s The Voice Of Ireland live finals on RTE One.

Paddy Molloy, who is part of #TeamKian, will be one of 12 singers performing on the show on Sunday night hoping to convince the public and judges to take him to the next stage when he performs Story Of My Life by One Direction.

This week 12 acts, three from each team, will take to the stage hoping to earn a place in the next round of the competition. The top scoring act from each team will go straight through, which means the coach must decide, from the remaining two acts on their team, who to keep and who to send home.

Four acts in total will leave the competition on Sunday night. Scoring will be a combination of coaches’ votes and the public vote, but no coach can vote for an act on their own team. 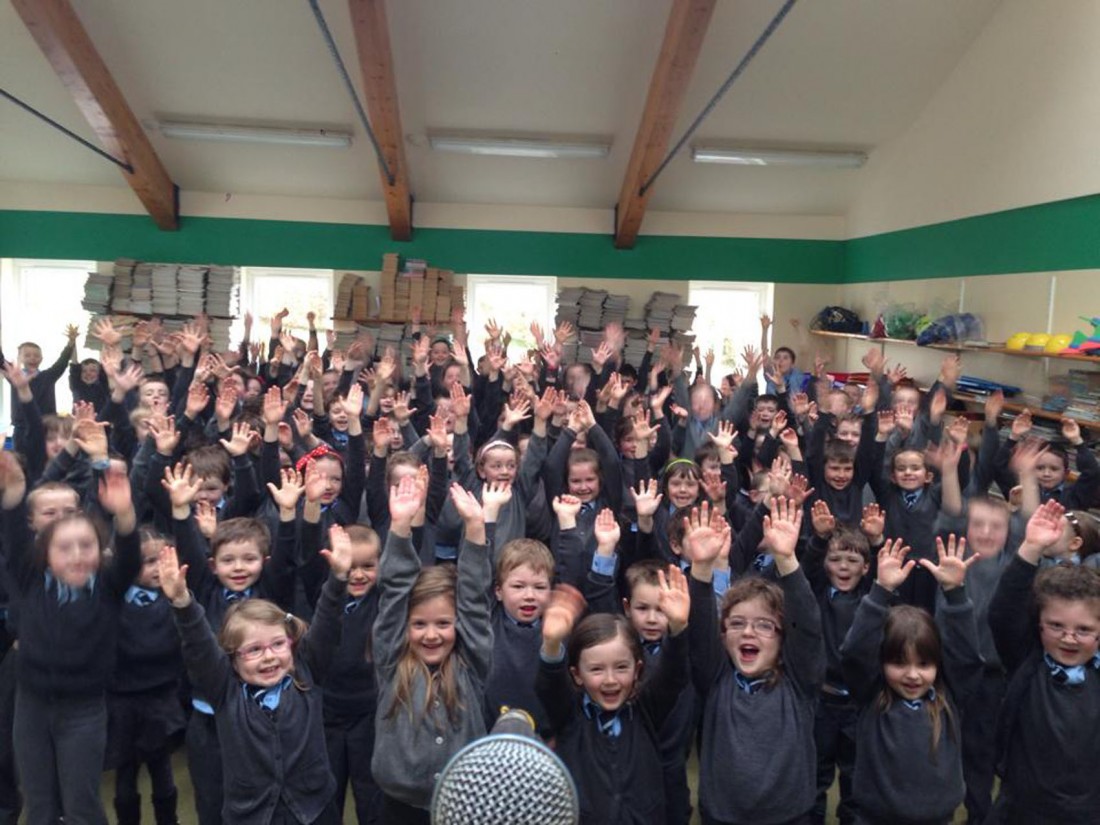 The young students of Killymard NS.

The Glenties man spent a full week performing in school’s all over the county rounding up a lot of support and this week began his final rehearsals with mentor Kian Egan.

Having seen some of the critical comments made following performances last weekend, Paddy said a lot of this week’s contestants are very nervous. He said: “I am really nervous, but still very excited about Sunday night. I was just in rehearsals this morning (Tuesday) and tomorrow we are rehearsing with the full band.

“The judges were very critical last weekend and while I was chatting to the other contestants today, they were all about nervous, but all we can do is go out there and do our best.”

Paddy, who is now the only Donegal contestant left after Glen man Kedar Friis-Lawrence sadly exited the competition last weekend, has also a lot of local ‘celebrities’ get behind them, including members of the Donegal Senior Football panel and Kilcar’s Rory Gallagher.

“I hope that everyone at home can get behind me on Sunday night and I would like to thank everyone for their support so far,” said Paddy. The Voice Of Ireland, RTE One, 6.30pm. 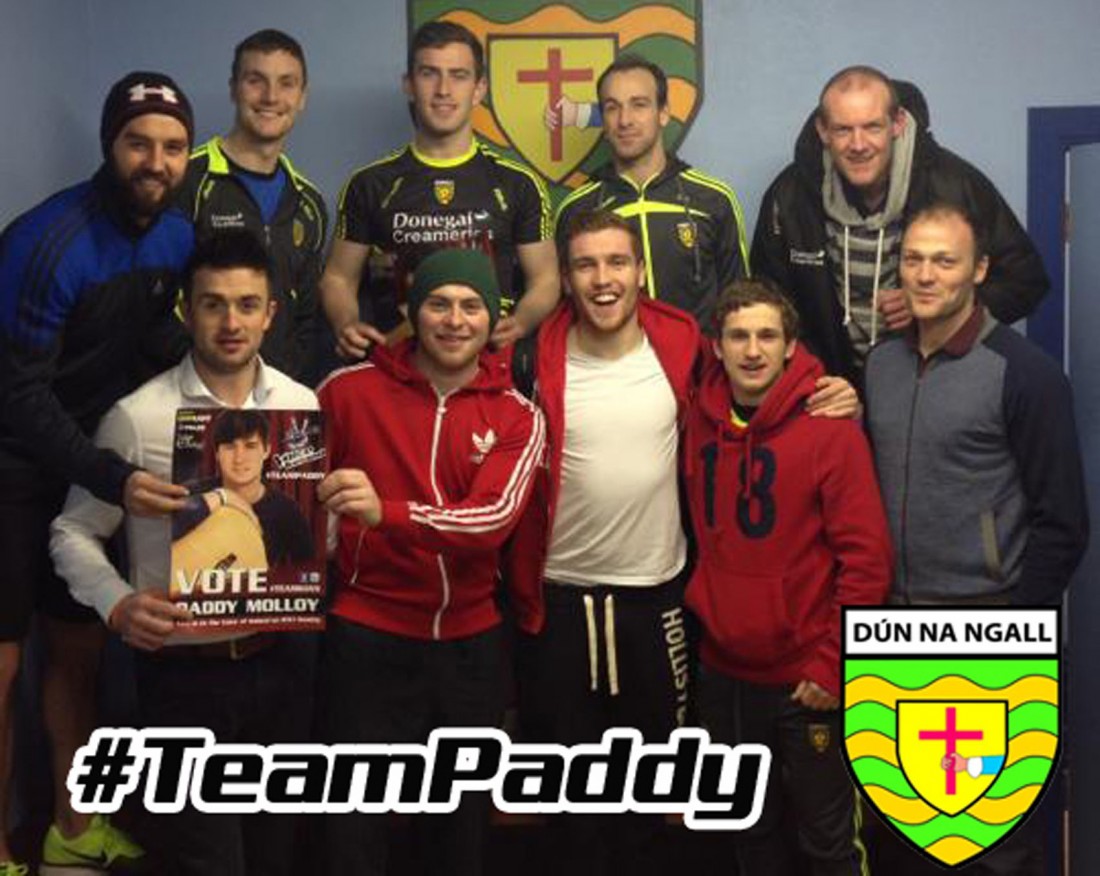