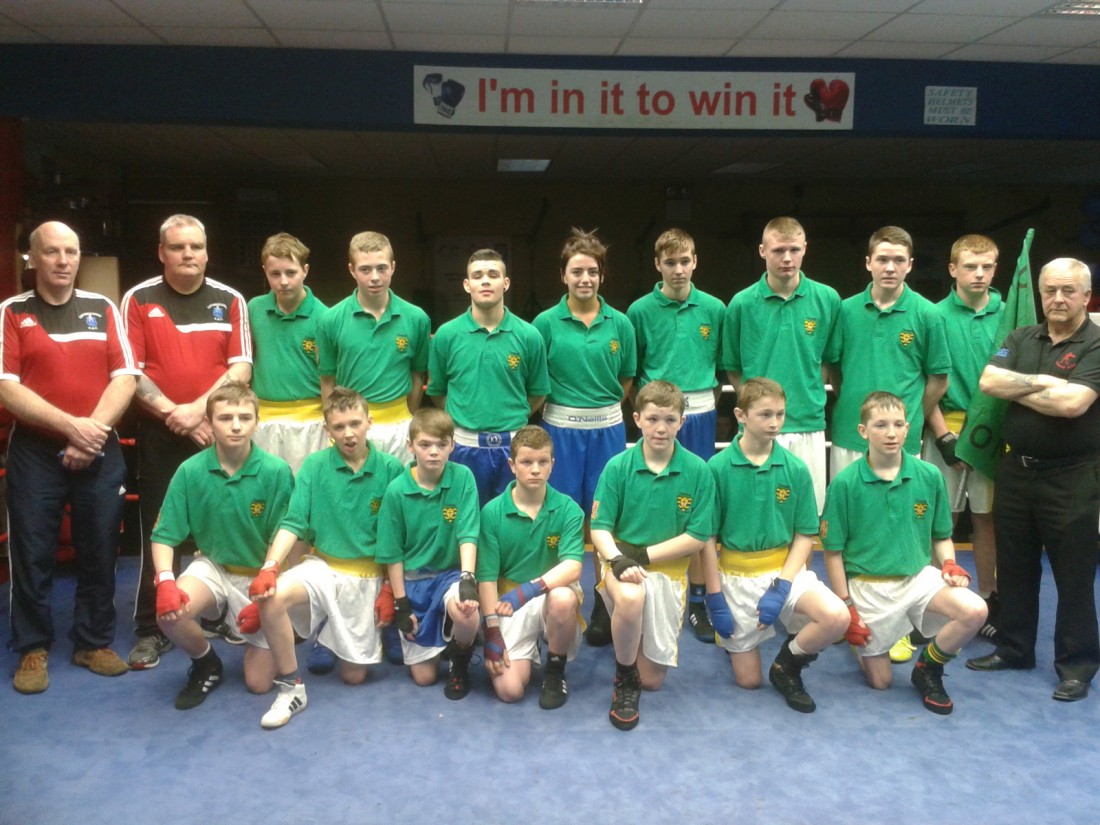 ILLIES Golden Gloves’ Ulster champions Ryan Greene and Joseph Reddin led the way for the Donegal boxers yesterday afternoon in County Mayo, but the local punchers went down 8-7 to the Mayo selection.

Donegal put up a good showing before a bumper audience at the Peter Callaghan Centre, Westport.

Two of the more impressive triumphs from Donegal fighters came from the on-song Illies duo.

Greene, who has joined Illies recently having previously donned the vest of the Oakleaf ABC in Derry, defeaed Matthew Davis from Ardagh 2-1 in a cracking Youth 1 60kgs contest that had the crowd in raptures.

The pair went eye-to-eye for the three rounds and it was Greene who was given the decision, a majority 2-1 win.

Then, his club-mate Reddin also topped the pile, overcoming Eolm McElhill in the Youth 16 66kgs decider.

McCole turned in a five-star display of ring craft to land a unanimous win over Geesala’s Matthew McDonagh, while McMonagle overcame Kieran Lally from Ardnaree, also on a unanimous decision.

Guesting on the Donegal team yesterday was the flamboyant Strabane flier Emma McGlynn, a former two-time Irish champion. The fearless McGlynn, out of the Lisnafin ABC, was matched with the World Junior Champion and AIBA World Junior Boxer of the Year, Ciara Ginty from Geesala.

McGlynn was out-foxed by the cunning and clinical Ginty, who took the unanimous decision.

A ring-rusty McGlynn put up a brave display in a good contest. The Donegal team manager Peter O’Donnell from Raphoe was the match-maker and he hopes for a Ginty-McGlynn rematch in the not-too-distant future.

“We had a great day’s boxing and everything went very well for us,” he said.

ILLIES Golden Gloves’ Thomas Mongan was part of an Ireland team that took on England on Friday night in Basingstoke. Mongan was considered very unlucky to be beateb by Joe Bayliss in a 52kgs bout. Overall, Ireland won on the night, taking four fights to England’s three.

This Sunday March 16, a star-studded County Kildare team under the direction of former Donegal boxer Paddy Gallagher will travel to the St John Bosco Centre in Donegal town for what should be an excellent evening of amateur boxing that will commence at 7pm sharp.

Carndonagh’s John Mulhern will be in the hot-seat for this tournament as he will be tasked with the role of county coach and match-maker. More details of these tournaments will follow in due course.