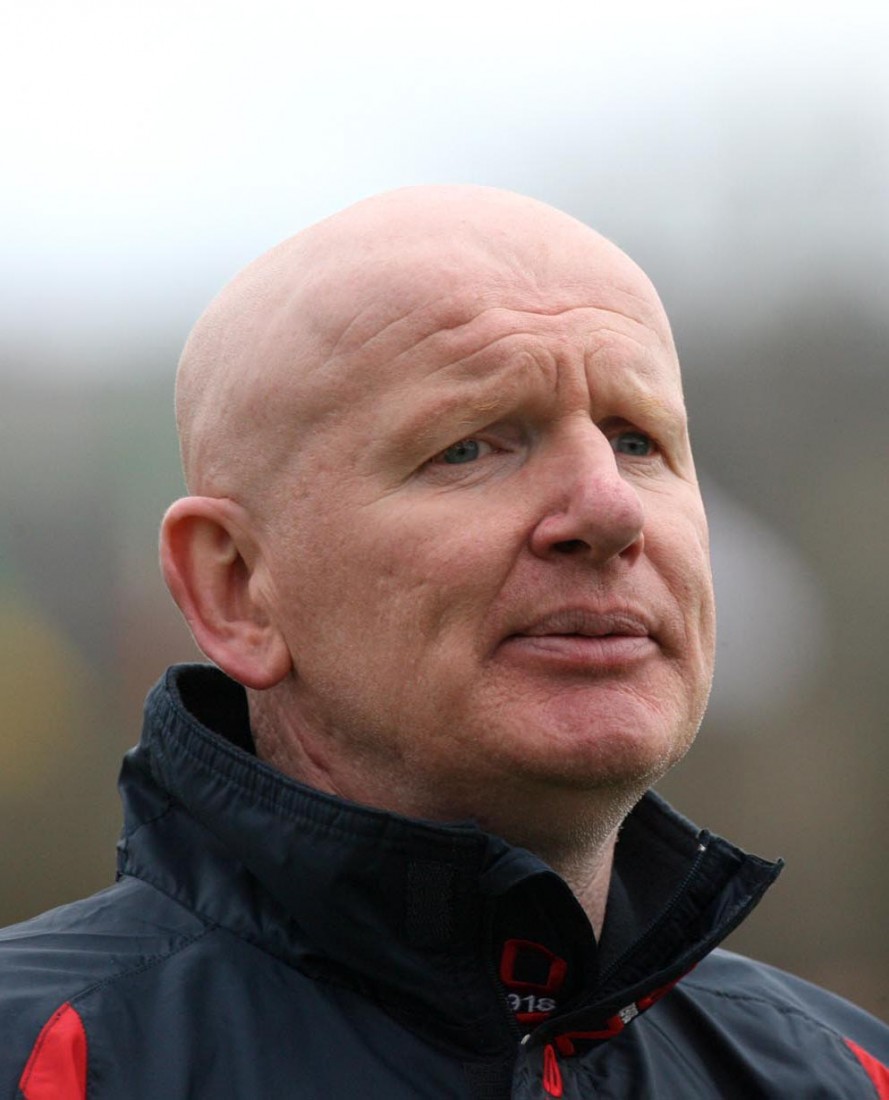 DONEGAL minor manager Declan Bonner will rest the nine members of his squad who were in the MacLarnon Cup final tonight when his side opens their Ulster Minor Football League Group A campaign against Fermanagh in Convoy (throw-in 7.30pm).

Bonner was a member of Stephen Friel’s backroom team with the county minors, but now the former Donegal senior manager has taken the mantle himself, having led Donegal to a Buncrana Cup (Under-16) and Jim McGuigan Cup (Under-17) success in the previous two years.

Translating success in these grades to silverware at minor level is a task that has eluded most minor managers in recent years, the Minor League and Championship won by Sean Clerkin in 2006 being the exception.

“We want to win every game we play,” Bonner said on his ambitions for the spring.

“These lads know that, be it a challenge game, a Championship game or a ten-v-ten in training, we want to win. The winning mentality is something that I’ve tried to instill in them over the last couple of years.”

Bonner and his team have been working hard behind the scenes in recent months. The draw has pitted them in Group A alongside Tyrone, Fermanagh, Derry and Antrim.

In Convoy Donegal will be looking to the likes of Bundoran forward Jamie Brennan – who has been in superb form of late for the minors and Magh Ene College – for inspiration. Lorcan Connor (Downings) Owen ‘Ban’ Gallagher (Killybegs), Cian Mulligan (Gaoth Dobhair) and Colm Kelly (Aodh Ruadh) are among the other key spokes on the wheel.

Kilcar’s Stephen McBrearty is out with a long-term injury, but should be back for the Championship, with Stephen McMenamin (Red Hughs) is on the injured list for the Fermanagh game.

Bonner has kept an open-door approach to his panel. Just last week, Ardara’s Shane O’Donnell – who had been on a peripheral squad – was drafted in and could feature against Fermanagh.

Bonner said: “We’ve looked at upwards of ninety players over the last four months. We’ve played in-house games and there has been a good atmosphere around the camp.

“We had a lot of trials and looked at an awful lot of players.  The squad isn’t 100 per cent finalised because the door is always open for lads.

“Players at this level develop at different times and different stages. They’re all doing the right things and they’re all training very hard so we’re hopeful of having a decent season.

“Donegal has always had a good record in the Buncrana Cup, but bar Sean Clerkin’s team of 2006 that hasn’t translated into success at minor level. There is no guarantees here, but we have a lot of work done to try and get us to the level where we can get a bit of success.”

Bonner has an extensive backroom team pieced together. Sean Noonan, the Colaistí Inis Eoghain manager who was involved with the minors in 2006, is the coach, while Bonner’s team-mate from the 1992 All-Ireland winning tean, Gary Walsh, is there as are statisticians and video analysts Oisin Cannon and Robert Farren, masseur David McLaughlin, physio Paul Coyle and Joe Gallinagh who is leading the squad’s strength and conditioning programme.
Bonner said: “We’ve done a lot of work.

“I became involved with this particular group of players when they were Under-15s. I managed them in the Buncrana Cup and then last year had them at Under-17s. I have a fair idea what they’re about.

“They have worked really hard and I’m sure they’re really looking forward to getting some competitive games now, which is what they’ve all been working towards.

“They’re a good bunch of lads. They respond to anything that is asked of them and they do it.”

Fermanagh are also under new management with Maguiresbridge man Niall Jackman at the helm of a side that includes among its main protagonists defenders Cian McManus and Rory McCaffrey, midfielder Conor McAuley and forwards David Teague and Ryan Kelly.

Donegal have won challenge games against Monaghan (2), Mayo and Sligo in recent weeks.

Bonner said: “It has been encouraging.
“We’ve won all our games and they’ve been competitive. We’ve had a good look at them and preparations have gone well.

“You can do all the challenge games and all the training you want, but it’s hard to beat the competitive arena.”