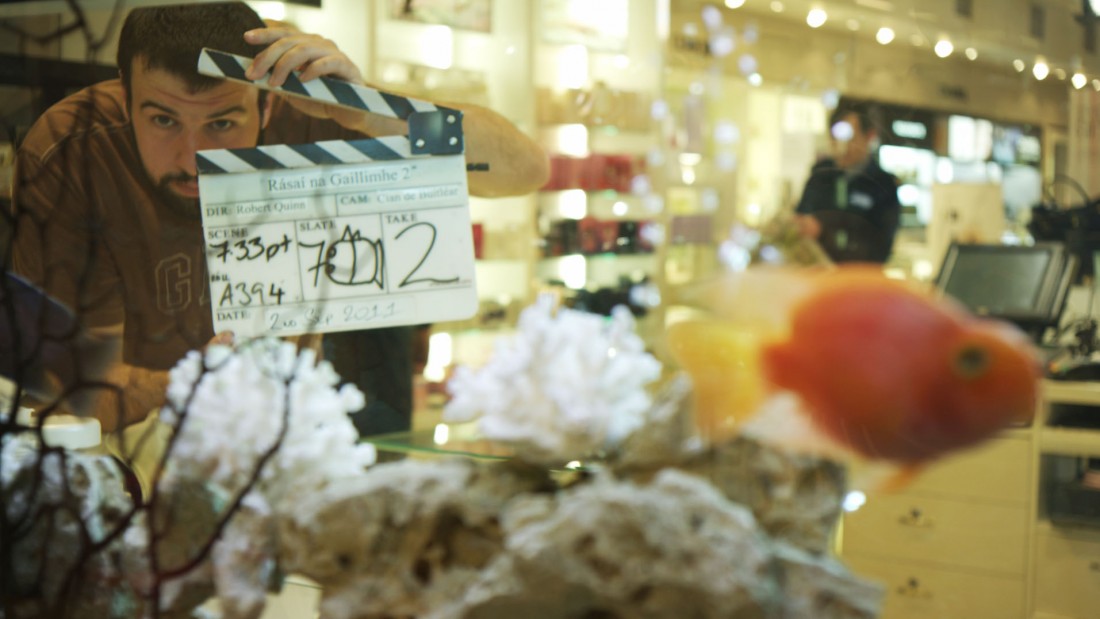 Antoin Coll on the set of Rasaí na Gaillimhe.

THE award-winning debut film of a Donegal man has been making huge waves on the festival circuit and has now been selected for Hollywood legend Robert de Niro’s prestigious Tribeca Film Festival in Lower Manhattan, New York which takes place from April 21 to 26.

Rúbaí is a film about a 7-year-old girl whose first communion is fast approaching written by Magheraroarty man Antoin Coll, a Dublin Institute of Technology (DIT) graduate of Media with a lot of experience working behind the camera.
Rúbaí (played by Doireann Ní Fhoighil) decides that she doesn’t want to do the first communion because she’s an atheist. This, of course, causes Rúbaí huge problems with her mother, her school teacher and the parish priest.

The son of Anne and Antoin Coll’s short film was funded by the Irish Film Board and premiered at the annual Galway Film Fleadh last June. Since then it has gone all over the world. So far it has been shown in Liverpool, San Francisco, North Dakota, Dublin and London.
The Irish language film has done really well since its release winning Best First Short at the Galway Film Fleadh and Best Short Film at the Charlie Chaplin Comedy Festival. It is also nominated for we’re nominated for an Irish Film & Television Award on April 5.

“The reaction so far has been ridiculous. People really love Rúbaí. Doireann, who plays Rúbaí, was amazing. She was 6 when she filmed this and she just nailed it and was an absolute joy to work with. People fell in love with her immediately and really want her to succeed in standing up for herself. We get fan mail and e-mails from all around the world from people just telling us how much they loved Rúbaí, which is really bizarre.

“I think it’s very much of the moment because it raises questions about the relationship between the church and schools, and Catholicism as a whole.
“Communions, in my opinion, are not about the religious fulfilment anymore, it’s about the day out and the dressing up and I think that’s wrong.
“I don’t see why kids are forced to declare themselves Catholic in schools. I think they should wait until they’re old enough to know what they’re doing.”
Antoin said the team behind Rúbaí still can’t believe their film will be shown at Robert de Niro’s own festival. “We still can’t believe it! We’re all so deeply honoured that it has been selected especially considering it’s an Irish language short.

“The film itself isn’t an easy sell, it can sound quite heavy. I think it’s hard to convince someone to go see an Irish language comedy about a girl that doesn’t believe in God so for people to go see it and like it and for it to travel well internationally is a dream come true.” 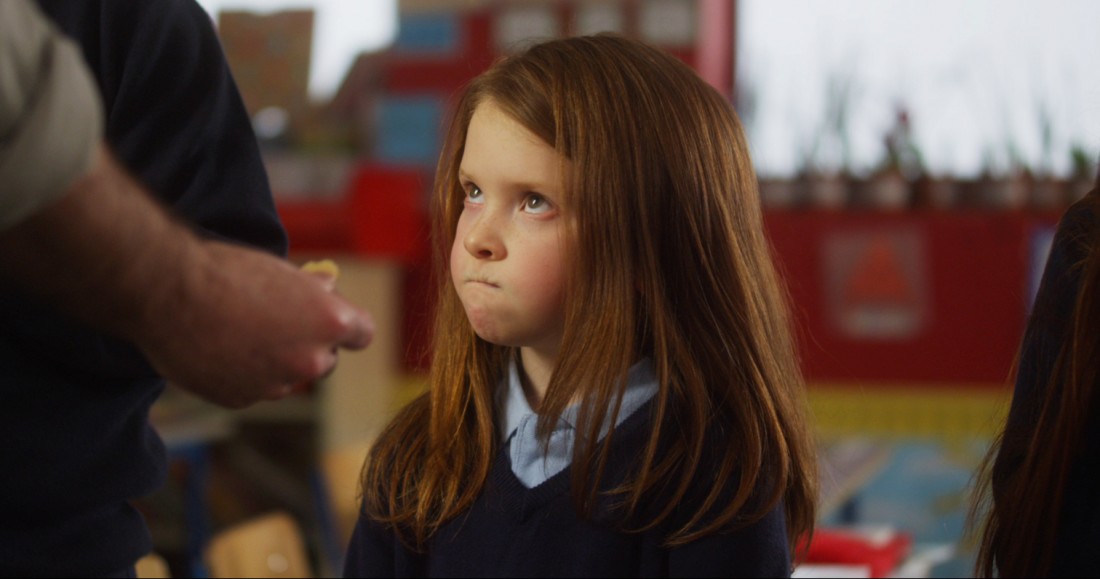 This is Antoin Coll’s first film and he wrote the film nearly five years ago and how it ended up being made came about in a very unusual way. “I entered a script competition as part of the Dingle Film Festival and I got down to the last 5.
“I went to go to Dingle to pitch the script to the judges, but on the way I got a really bad bug so got as far as Ennis and had to turn back. I was far too ill.
“The following week I got an e-mail of one of the judges, Louise Ní Fhiannachta telling me that she fell in love with the script and asked if she could meet me to talk about it in Galway.

“I met up with her and we just clicked and developed the script. There was a scheme going with the Irish Film Board called Gearrscannán and we applied, we got ourselves a wonderful producer called Gemma O’Shaughnessy and pitched to the film board with Magamedia who are the company that made the Cloigne and Corp agus Anam.
“The film board really loved the script and they awarded us €10,000 to go make it. That sounds like a lot, but because the lead role is a child actor we had to stick to really strict child labour laws and had to do a three-day shoot and €10,000 is really tight on that money.

“But we managed to get it done and it was a really fun but intensive shoo in An Spideal, Galway. I had to work in the camera department for the three days of the shoot and was exhausted but it was all worth it,” he said.
There were two main reasons why Antoin decided to make Rúbaí through the medium of Irish. “The first was that I’m a native Irish speaker and I’m far more comfortable to work in Irish than English.

The second was that Rúbaí trying to stand up for what she believed in felt more repressive because it was in Irish.
In early drafts of the scripts she lists out her points why she’s an atheist and quotes very scientific language and it was just a lot funnier in Irish.
“A little girl standing up for herself elegantly and in perfect Irish is so unexpected and gets an awful lot of laughs. But overall I’d love to carve out a career doing Irish language films. I don’t see the fact that I work in Irish as any sort of limitation.”

Antoin attended PCC Falcarragh before receiving a scholarship to attend Dublin Institute of Technology (DIT) and study media arts.
“I went and studied screen-writing and I just loved it. On my first day there the lecturer told us that we had to write a full film script and I really embraced it.
“It was a great challenge and I came away from that class with a 120-page script that was called Welcome to Stony Park. When I got back to Ireland I entered it into a competition at college and it won the best script as part of the William Burgess Memorial Scholarship.

“It was something I enjoyed doing and other people seemed to enjoy reading the scripts so I thought I’d stick it out and see exactly where it led me.
“In the meantime I did another course in the Acadamh in Gweedore in TV skills through Irish and when I finished I worked on and off in television, either in the camera department or the production side of it.
“I’ve worked on things like Rasaí na Gaillimhe, the Republic of Telly and Clontarf and a lot of short films.

“I really love being on set, I think it’s the best job anyone could have. You could work all year in an office and its quite ‘samey’, day in, day out but no two days are ever the same on a TV show or film and I really love that.
“Hopefully now with Rúbaí doing so well I’ll be trusted to direct one of my own scripts. I have a few scripts that I am itching to get made whether it be a short film or television.”