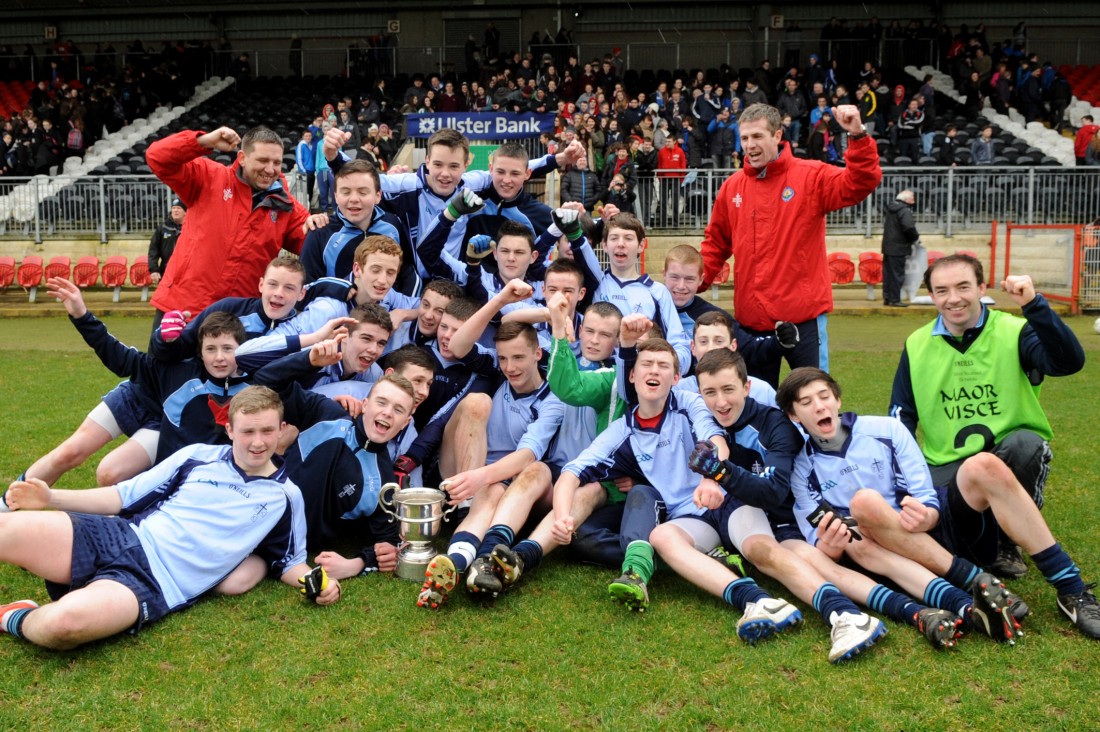 PCC Falcarragh will attempt to reach the All-Ireland Vocational Schools under 16 ‘A’ final when they face Good Counsel College, New Ross in Inniskeen, Monaghan this afternoon at 1.30pm.

The Falcarragh school delivered a superb display to beat St Mark’s, Warrenpoint in the Arthur’s Cup final, but they have a difficult assignment ahead of them if they are to reach the All-Ireland decider.

Goals from Ciaran McGinley and Michael Langan gave PCC victory over Warrenpoint and team manager Stephen Doohan says that goals will be crucial in the semi-final.

“The goals were important and we have been scoring a lot all year. But importantly, we have kept two clean sheets in our last two games and that’s great, because we had been leaking them,” said Doohan.

“If we can keep New Ross out and then score a few goals ourselves, we’ll be in with a chance.”
Doohan admits he doesn’t know much about the Wexford side, but he expects a formidable test.

“No, I don’t know too much about them, but I’ll be making a few calls to try and get some information on them.

“They’ll be physical, because every team needs to be to get out of Leinster. They blew St Pat’s Navan away in extra-time to win the Leinster final by 4-10 to 2-8, so they’re clearly very fit.”

The team have received great support since winning the Ulster title, and the PCC manager is expecting a large crowd to travel to Monaghan.

“Everyone in the school has got behind the lads and the parents have been fantastic too. We’ve had a couple of fundraisers and they’ve been well supported.

“There’s a good buzz and a lot of people are going to travel in cars to the game and I just hope we can perform on the day. We have nothing to lose and we’ll give it our best shot,” said Doohan.