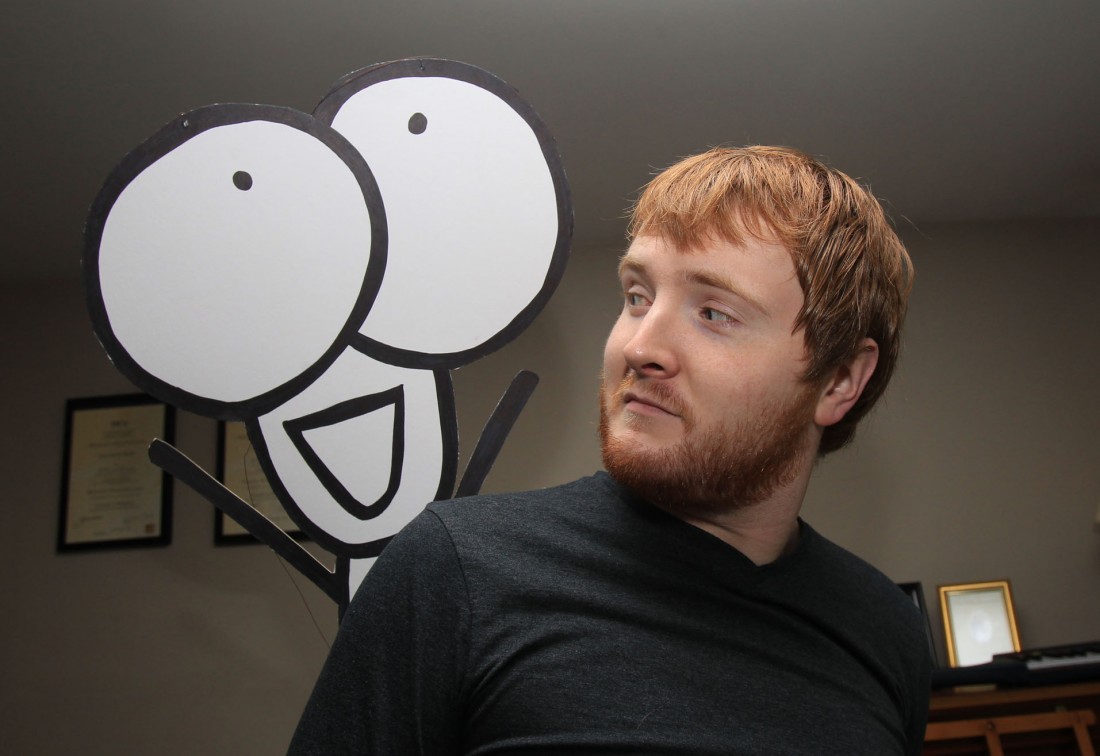 The video is a described as quick and easy way to get up to speed on what the First World War was about, especially with the centenary going from 2014 to 2018.
“Of course it’s six minutes so not every single detail is in there, but you get the general gist of what happened,” the creator said.
Within 24 hours of publishing the Letterkenny man’s video had been viewed and commented on by over 70,000 people all over the world.

This incredible figure even surpassed the initial success of John’s first video, published last October, ‘Irish History in 6 Minutes – Manny Man Does The History of Ireland’. The success of John’s first video prompted him to sit down and create the new video. “I received such positive reaction for the Irish history video that I always figured I would continue with other history videos. I chose the topic of World War I for a number of reasons. It’s a period that a lot of people don’t know beyond the trenches and that Germany lost.

“I wanted to make a video that told the overall narrative of the war, how it escalated and how it was resolved. It’s also an important piece of history to be aware of with regards how it started, between allegiances and strong nationalism. With its centenary coming up, it’s good to have a grasp of what exactly it is we are remembering.

“I’m also about to go on tour with a play The Rising by Joe O’Byrne which deals a lot with WWI, so it hasn’t been too far from my mind,” said John.
John’s second Manny Man video took about two weeks to produce. “The illustrating process was the longest part. It was quicker than the first video because it focussed on one time period and so I didn’t need to research new period costumes every three or four illustrations.”

With the phenomenal initial success of the new video, John is already working on the obvious follow-up. “With the amazing success of the WWI video (74,000 views in 24 hours), the natural progression is to do WW2.

“Judging by comments, people are already eager to see it. I have the script for that written but I’ve the theatre tour to finish before giving my attention to the next process.
“History is something that really interests me so I will be keeping along that same vein, but I’ll definitely branch out to other topics… the Bard perhaps.”
John Ruddy is best known for his acting, playing roles in the award-winning production of The 39 Steps and more recently Mass Appeal alongside Eoghan Mac Giolla Bhrighde, but drawing and illustrating has been a major part of his life for quite some time.

He stars in the new play The Rising, which tells the story of the 1916 Rising in a very unique ‘Vaudeville’ way, which comes to An Grianán Theatre, Letterkenny, on February 27.