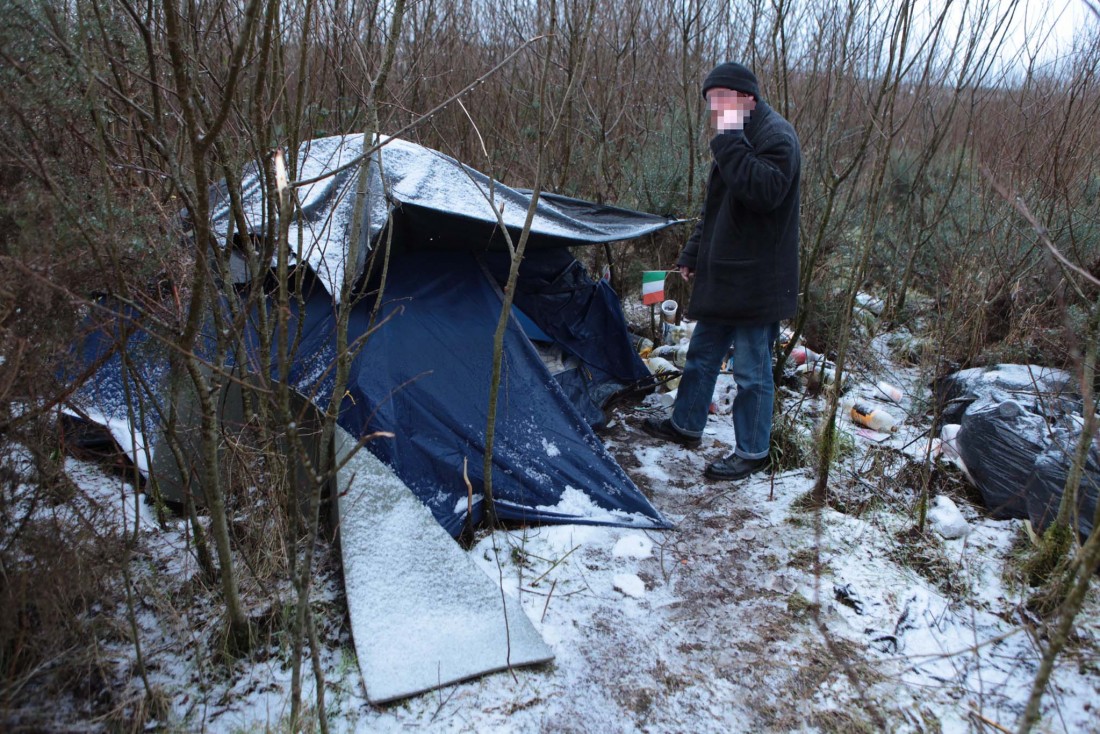 ‘Paddy’ who was living in this tent near the centre of Letterkenny.

A HOMELESS man has spoken of his delight at having the luxury of a soft bed to lie on after spending more than a year-and-a-half living in a tent near the centre of Letterkenny.

Within hours of his plight being highlighted in a moving article by CJ McGinley in Friday’s Donegal News, ‘Paddy’ was moving his modest belongings from his temporary ‘home’ in a wooded area to emergency accommodation nearby.

Speaking from his cosy room last night, the 47-year-old thanked the hard working staff of Donegal County Council and the North West Simon Community for giving him a roof over his head.

“I got sorted with a place for the weekend thanks to the kind people at Donegal County Council and the Simon Community, and they will meet again on Monday to find me somewhere more permanent,” he said.

A spokesperson for the North West Simon Community declined to elaborate on the specifics of Paddy’s case for confidentiality reasons.

However, she did say: “Paddy is being looked after and we are doing everything in our power to resolve his situation.”

So desperate was Paddy to find help, he interrupted a meeting of Letterkenny Town Council, saying he was “homeless and unable to get accommodation.”

The response to the resulting story in the Donegal News on Friday has been phenomenal.

We have received more than 40,000 hits on www.donegalnews.com to date.

There was also a flood of offers from readers on Friday, including food, clothes and accommodation as well as the services of addiction counsellors to help Paddy with his drink problem.

If anyone would like to help Paddy, and those unfortunate enough to be in a similar situation, they can make a donation to the North West Simon Community by contacting their office on 071-9855005 or by logging on to www.northwestsimon.ie