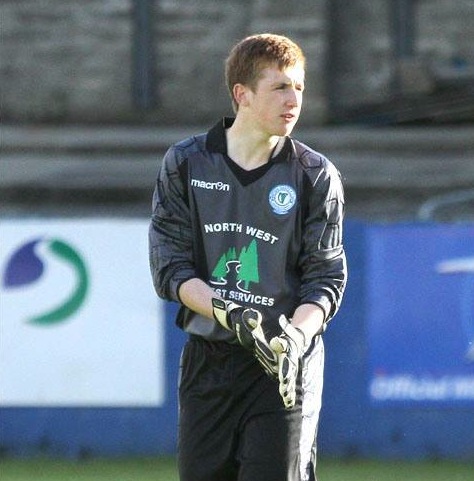 OLLIE Horgan, the Finn Harps manager, says he will let goalkeepers Shaun Patton and Conor Winn battle it out over the next few weeks to win the club’s number 1 shirt for the start of the new season.

A fortnight on Friday, Waterford United visit Finn Park for the opening League game of 2014 and Horgan has challenged the two ‘keepers to show their credentials before then.

Ciaran Gallagher’s departure to Derry City before Christmas has opened the door for a new number 1 at Finn Park with Patton and Winn now vying to be included between the sticks for the March 7 First Division opener in Ballybofey.

Patton made a string of superb saves in the second half of Harps’ 4-2 loss to Derry City on Monday afternoon in Greysteel.

The 18-year old pulled off at least five top-drawer stops to keep Derry at bay in the second half and there was little he could have done for any of Derry’s goals.

“Shaun’s reflexes were second to none,” Horgan said.

In March 2012, aged just sixteen, Patton made his Harps debut as a sub against Waterford at the RSC after Gallagher sustained a nasty injury. He has found gametime limited since then, however.

With the Under-19s just finishing their campaign, Harps will hold onto the Letterkenny native’s services and Horgan has given him a boost by insisting that he hasn’t yet decided on who his first-choice man will be.

After interest in Cockhill Celtic’s Gavin Cullen failed to throw up a result, Horgan moved for Winn, an English-born ‘keeper, who has been on the books of several League of Ireland clubs, most recently Dundalk. 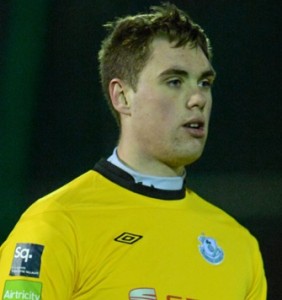 Winn, too, has found minutes hard to come by. The 6’6” has relocated from Galway to Letterkenny and is hoping to impress in the coming friendly matches.

Horgan is keeping an open mind for the time being.

He said: “We’ll give both of them every chance to become the number one goalkeeper.

“Conor played well for eighty minutes on Saturday night against Sligo Rovers and Shaun had ninety minutes against Derry City.

“They have both made mistakes, but we need to get a good ninety minutes out of them. That decision is very much up for grabs and they have three weeks now to play for the spot.”

Harps will take on the Republic of Ireland Schools on Wednesday night at a venue to be confirmed while Saturday’s game against UCD will now be played at one of the pitches on the Belfield campus having originally been pencilled in for Monaghan.

On Friday-week Harps will face Dundalk at Oriel Park a week out from the new season.

Horgan continues to run the rule over Dean Gaynor, brother of Sligo Rovers ace Ross, though it is not clear if the Ardee native will sign, while a decision has yet to be made on David Shovlin, who has featured in pre-season.

Paul McVeigh is back in action with the club and seems set to commit to Finn Park for the 2014 season. On the Portsalon man’s showing against Derry, Horgan said: “He stood up and was hearty which he needs to be the whole time. We will be speaking to him this week.”

Josh Mailey and Cathal McDaid are injured at present, as is Micheál Doherty who has returned from a spell at Drumoghill FC.

Although their names have not been on official releases from Finn Park, Horgan has added Gareth Harkin and Shaun McGowan to his squad and the former Fanad United chief was encouraged at the presence of three Harps youngsters on an Irish Under-18 team on Sunday.

Chris Flanagan captained the Paul Doolin-managed home-based Ireland Under-18 side in their 3-2 win over Wales at Ozier Park, Waterford. Darragh Black score one, a cracking strike for the second Irish goal, and Joe McIntyre also lined out.

Horgan said: “I was hoping to get to the game, but it’s very positive that the lads were involved.

“Hopefully they can step up and contribute to the first-team squad, which is what we need them to do.”

Black and Flanagan will be on the Irish Schools team for Wednesday’s friendly against Harps. With Finn Park unavailable due to the recent weather, officials are on the search for a venue.