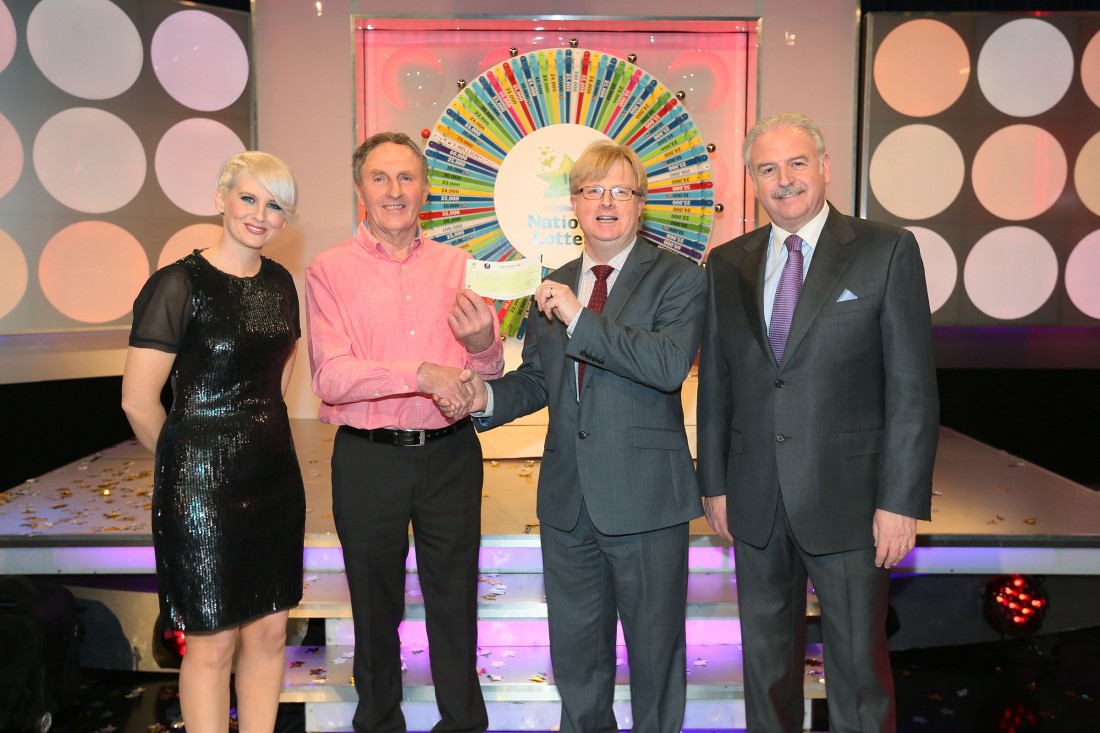 LAST Friday night a Donegal man was the biggest winner on the National Lottery’s Winning Streak TV Gameshow taking away prizes to the value of €58,000.

The gameshow features favourite games from last season as well as a new game, High Low Share. Played as a collective game, each player in turn guesses whether the next number drawn is higher or lower. For each correct answer the group fund increases and at the end of the game, the fund is shared amongst the five players.

The Winning Streak TV Gameshow is based solely on chance and there is no skill involved. To enter, players must submit a 3-star ticket in one of the special 3-star envelopes, which are available from all National Lottery Retail Sales Agents. Each Thursday in National Lottery offices, one hundred 3-star entries are drawn randomly in a preliminary draw that takes place under strict security controls. From these 100 entries, the five players for the following show are drawn and their names are featured on the gameshow.