Advertisement
HomeSportSoccerMark Farren: Aiming for his most important goal yet
Advertisement 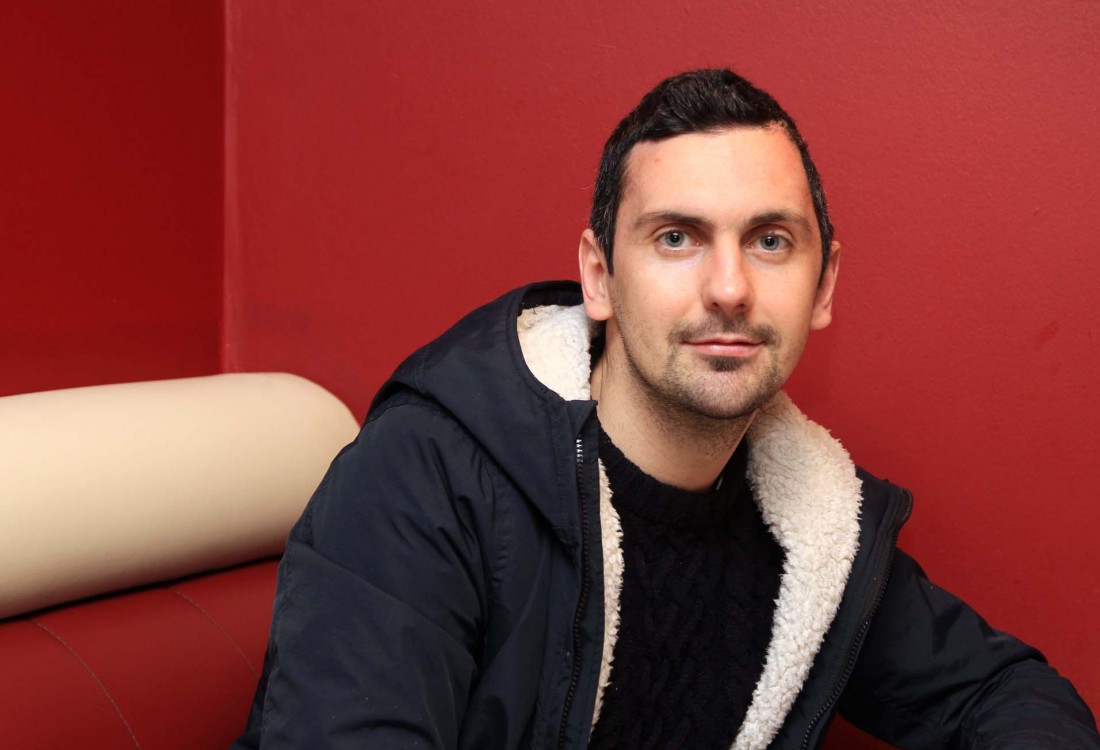 WHEN Mark Farren went to Belfast for a planned check-up last August, he was in good form, upbeat and hopeful.

It was almost five years since he’d first been diagnosed with a grade 2 brain tumor, on Christmas Eve 2008, but successful surgery in Liverpool meant that he could resume his football career with Derry City.

In August, and now with Glenavon, Farren went for the routine appointment, but he was required to have a further procedure in December.

That operation, in the Belfast City Hospital, he explains candidly, ‘didn’t go to plan’.

“They took away a wee bit to test things out and they were confident that it was still the same…Unfortunately it didn’t come back the way we’d wanted,” says Farren, the 31-year old, whose athletic exterior masks a trying and emotional personal fight.

“I had an operation in December. I knew since August that I had to have it so that’s why I haven’t been playing for Glenavon. I had a couple of injuries anyway, but once I had to have the operation there was so much going on.

“I had the operation, but it didn’t go to plan. They brought me in and told me that I’d  have to go for radiotherapy. It was hard to deal with. For the first week myself and my wife kept it to ourselves, but you have to learn to be positive and think of the good things in life.”

Farren was told that he’d have to have a six-week course of preventative radiotherapy.

He’s now three weeks into it.  Every day, Monday through Friday, accompanied by his wife Terri, he sets set off from his Moville home and heads for the City Hospital in Belfast.

It is a journey that is becoming more diffciult as the days pass.

“I’ll be starting to feel more tired now and the headaches will be starting so we can stay in Belfast. I just have to get on with it – that’s all I can do,” he says.

“I’m lucky enough to get it in Belfast. Thankfully it’s Belfast and not Dublin, which would have been a nightmare logistically, financially, every way. It’s so much easier in Belfast.

“They expect it to get a lot tougher from now on.

“But at least this way I get back to a bit of home comfort every day.”

Sometimes it’s the little things in life that mean the most.

When he thinks back to how it all started, this different life he’s found himself in the middle of, it seemed to happen all in a flash.

During a Setanta Cup game against Cork City at Turner’s Cross in October 2008, he clashed heads with Neal Horgan and suffered concussion. Undeterred, he was back scoring the winning goal in an away game at Bohemians a few days later.

However, while on holiday in Florida, Terri began to notice that his speech would, at times, slur. “It was maybe only for thirty seconds at a time, but it would come back again,” he says.

On their return, he consulted the Derry City team doctor and was sent for a scan at a private clinic in Belfast.
Christmas was upon him when the call came.

“I didn’t find out until Christmas Eve what was wrong,” he says.

“That was it. It was the worst Christmas ever.

“Although they told us what it was, we didn’t quite realise the exact extent of it.

“We only realised when the scan came back there last August that this was something that was always going to come back and it was something I’d have to live with for the rest of my life.”

Initially he played on, hitting ten goals in the 2009 campaign for Derry, with a positive MRI scan at the end of that year coming at a time when he wed his fiancee, Terri.

His secret was hard to shield at times, though.

“I was still getting speech attacks and epileptic fits, sometimes actually during matches,” he says.

“Sometimes the ball would come to me and I couldn’t control it, couldn’t do anything. It seemed to happen a lot in the warm-up, I don’t know why.

“The only people who knew at the time were my wife and Stephen Kenny (then the Derry City manager).”

He sat out the latter part of the 2009 season, but was instrumental in 2010 as Derry – demoted because of financial irregularities – were promoted back to the Premier Division after winning the First Division.

Fittingly, Farren – on a night when he was named captain – scored the winning goal in Gortakeegan as Derry scored the one-nil win over Monaghan United that finally popped the champagne corks.

He underwent surgery that December in Liverpool, but the nagging question still lingered for a man who knew only football.

“I had mixed reactions from doctors,” he says.

“One was telling me I could go back to play, but the doctors in Liverpool were telling me: ‘No chance’. I loved football so much. I couldn’t give it up.”

He decided to return, but on the condition that he’d have to wear a skull cap, or as he calls it ‘the helmet’.

“That was difficult,” he says.

“I managed to not wear the helmet and football got a lot easier then. When I was wearing it, I’d jump for a header and God knows where the ball would go.

“It all affected my confidence.” 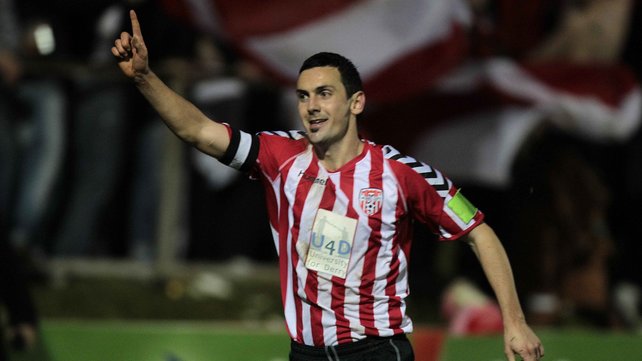 Mark Farren after scoring a goal for Derry City.

In September 2011, during a game against Sligo Rovers at the Showgrounds, the board went up; number ‘18’ flashed and the place erupted. Mark Farren was back. The game never felt as beautiful.

A year later Farren marked the most significant milestone of his career in the Candystripes. When he returned to action for Derry, he was within a handful of goals of Liam Coyle’s all-time goalscoring record. The night of September 14 2012 saw Farren score a hat-trick against Mervue United in the FAI Cup.

He equaled Coyle’s record in the 60th minute and, just a minute later, latched onto a Barry McNamee pass to score his third of the night. The barrier was broken. ‘One Mark Farren – 113’ proclaimed the scoreboard at the Showgrounds end of the Brandywell. That week he was Goal.com’s ‘World Player of the Week’ topping a shortlist that included Lionel Messi and Neymar.

“He’s one of the best players ever to have played in the League of Ireland. Not even his goals, but his general play was so good. I’d have stayed at Derry only for certain people making me leave…but that’s for a different story.

“I was basically told I wasn’t wanted. I thought I’d stay and get the goals. I only got limited chances, but I managed to get the goals, which was fantastic.”

He was the PFAI Player of the Year in 2005 and former team-mates have rallied around to lend their support. Next Saturday, February 8, Finn Harps captain Kevin McHugh is staging a 5k walk/run/jog in Killea.

The support has touched Farren. While he keeps a brave face on it all, the future remains uncertain.

“I get a lot of headaches, nausea. I don’t feel like eating at all, but I force myself to eat,” he explains in a quiet corner of a restaurant, sipping gently on a coffee.

“Long-term, after the radiotherapy, they just don’t know. They don’t give any indication, if it’s going well, or if it’s not going well. It’s just week-by-week now.

“The form’s okay at times. You have to be positive to keep you up. If you weren’t, you’d just be sitting all the time thinking the worst.”