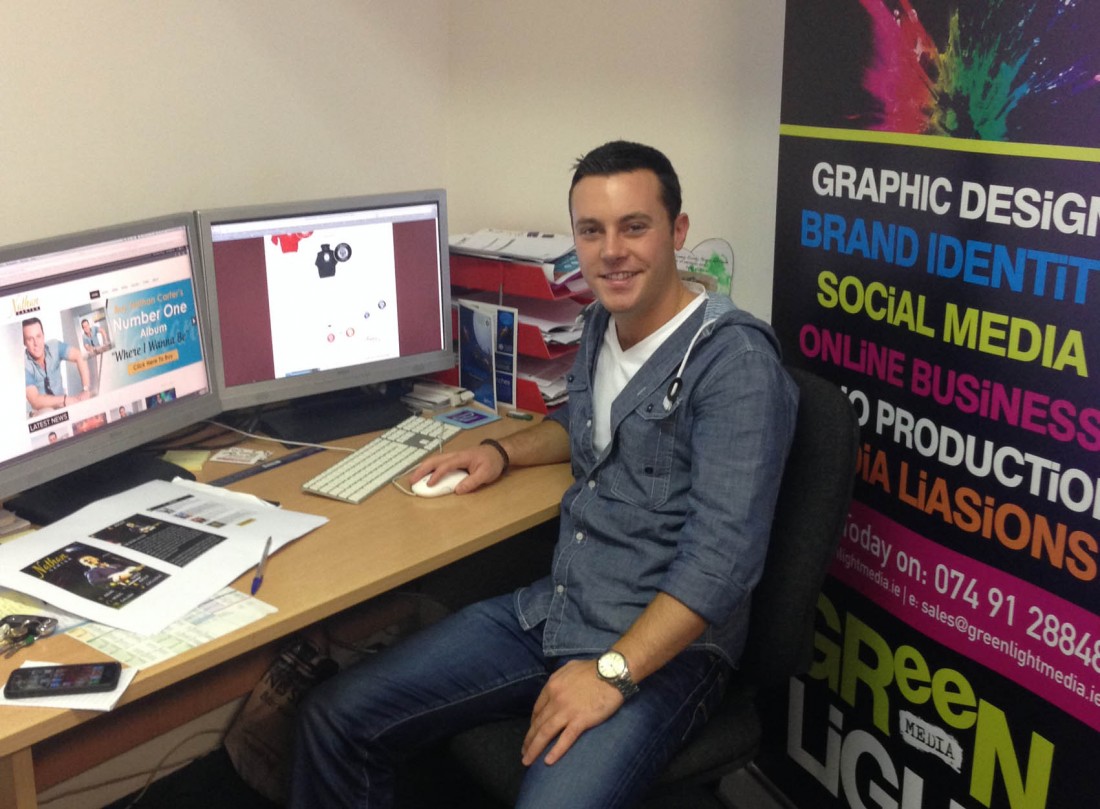 A DONEGAL company has developed a website and app for one of Ireland’s most successful Country singers, Nathan Carter.

Letterkenny-based web and graphic design company Greenlight Media worked closely with Nathan over the past few months to develop his online strategy.
The first stage of the project was to design a new website, www.nathancartermusic.com, which is fully responsive to all screen sizes and includes an online store.

Testament to the singer’s popularity, the site is receiving strong figures on a daily basis, including over 10,000 hits in one day.
The second stage of the project was the design of Nathan’s new app, which was launched shortly after Christmas.

A must for Nathan’s fans of all ages, the app lets users learn more about Nathan, keep up-to-date with his latest news, see where he and the band are playing and view the most recent pictures of the ‘Wagon Wheel’ star.

There’s also an exclusive section, where Nathan posts videos with messages to his fans – this is available to view once the app has been downloaded.
Greenlight Media continue the project with the design of a monthly newsletter in conjunction with his fanclub, which allows Nathan to stay in touch; something he is very passionate about.

Directors Pauric Hilferty and Gavin McDaid were delighted to work with Nathan on what was very much a team effort: “2013 was a massive year for Nathan Carter – he performed sell-out concerts and dances throughout the year, as well as reaching the number one album spot in Ireland with his release ‘Where I Wanna Be’.

“When he approached us to work together, we jumped at the opportunity and we’re delighted to deliver a website and app that helps him connect with fans in an easier and more streamlined way,” they said.

The app is free and available for download on iTunes, (for iPhone) or via Google Play for Android phones.