Advertisement
HomeSportSoccerDonegal League: Out of the title race, but Cups still on offer for Milford
Advertisement 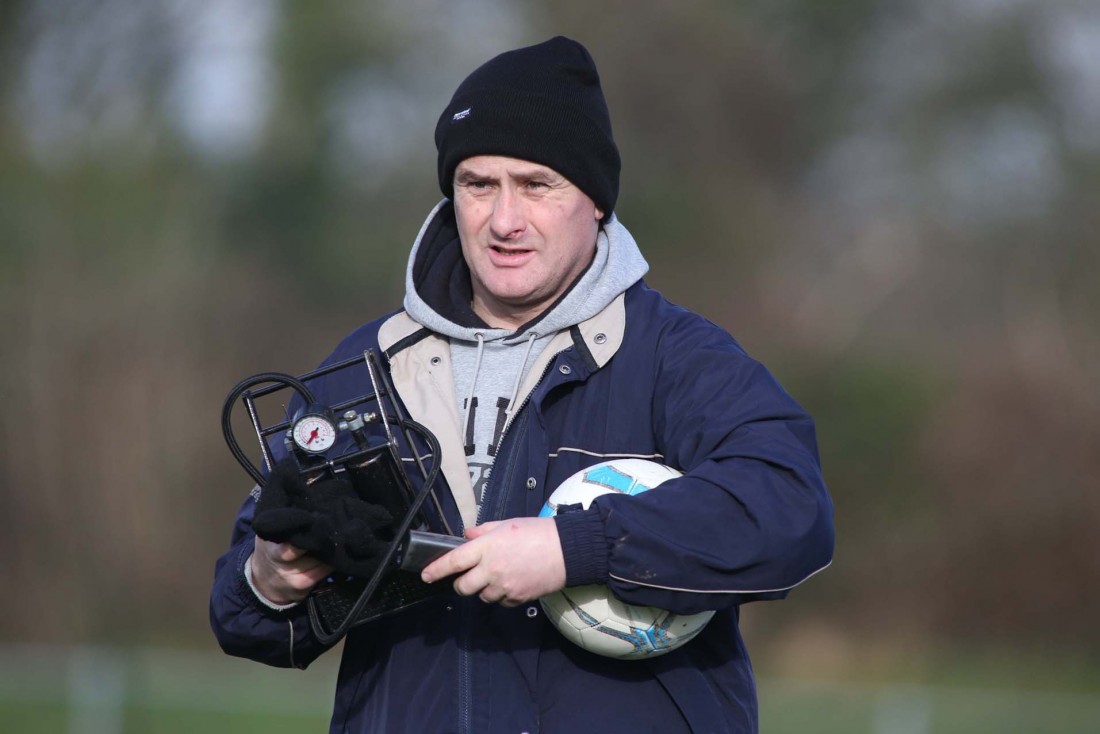 Milford United manager Noel Gillespie thinks that his in-form team are too far adrift from the summit to capture the Donegal League title, but he insists there is still plenty to play for this season with the club chasing cup glory on three fronts.

Milford moved up to third position in the league last week, five points off league leaders Rathmullan Celtic, however the seasiders have a game in hand.

Lifford Celtic looked out of contention last year, but mounted a late challenge to steal the league crown from Glenea’s grasp on the last day of the season. However, Gillespie does not foresee a similar finish from his team this term.

“We need too much to happen. Maybe if there was just one team ahead of us, we could do it, but we need Rathmullan, Glenea and Lifford all to slip up. And I can’t see that happening,” said Gillespie.

“I know Lifford did it last year, but they had games in hand and a good run of fixtures. We can only get to 36 points now if we win all our games, and Rathmullan are only ten points away from that with six games to go, so I can’t see us doing it,” he revealed.

Milford have had an indifferent season. They started well and were tipped to land the league crown, but a poor run of form before Christmas severely hindered their chances.

They lost their first game of 2014 to St Catherine’s, but their fortunes have changed since that defeat.

“We’ve just started to work harder. We’ve changed formation a wee bit, but it’s mainly down to workrate. We were outworked against Rathmullan and Killybegs, but we’ve put the head down since then, and we’ve started to get a few breaks.

“Benjo (Damian Casey) coming back from injury has been a big help as well. He brings tenacity and fight to the midfield and his return has released PJ Hagan to play up top again, which makes us more dangerous.”

The Moyle Vew Park outfit are determined to keep their good form going, as they are still involved in the Ulster Cup and the Knockalla Caravans Cup, while they have already qualified for the semi-finals of the Brian McCormick Sports Cup.

“The spirit is high and the lads seem to be enjoying their football. Our main aim now is the cup competitions, and we’re looking to the league games as a chance to build on our momentum.

“We have Glengad in the Ulster Cup next week, and we have Cootehill in the Knockalla Cup coming up. And we’re also in the semi-finals of the Brian McCormick Cup, so there’s a lot of silverware to play for.”

Donegal Town have drawn six games this season, more than any other team in the league, and a lack of victories has left them occupying the penultimate spot in the table at present.

Rory Dunleavy’s team have only won twice this season, and their last victory was on the first day of December. However, they have taken points off Lifford and Glenea in that time, while they drew with Milford at the Hospital Field in October.

“We played Donegal Town earlier in the season and we should have lost. We were 2-0 down after 20 minutes. We gave away bad goals, and we couldn’t seem to score ourselves,” said Gillespie.

“We hit the post twice and the crossbar, and it looked like we wouldn’t break them down. But we managed to score two late goals and salvaged a point.

“It was a tough game that day and it will be the same again. It’s a home game for us, but I don’t know if our pitch will be fit for it with the weather. It could be reversed and that would be a big boost for them.

“Donegal need the points to try and stay up, and that will make things difficult for us on Sunday.

Milford got the better of local rivals Cranford United last week in Triagh-a-Lough, but they will be depleted on Sunday.

“We’re struggling a bit. PJ (Hagan) is suspended, while Gary Merritt had to come off after only four minutes against Cranford last week. Cathal McGettigan probably won’t be there either, so we’ll be down a lot of firepower.

“But that will give a chance to the likes of Jamie Heena and Lee Burke to come in and stake a claim for a place for the big cup games.”

Elsewhere, Rathmullan Celtic have a crucial game against Cranford, while Glenea will hope to put heap more pressure on Paddy Patton and Paddy Sheridan’s team with a win away to St Catherine’s.

Lifford Celtic need a win against Gweedore Celtic to keep pace with the top two sides in the league, while Kilmacrennan Celtic will look to ease their relegation fears when they take on Curragh Athletic.