DONEGAL will try to build on their impressive display against Cork last week, when they face Tyrone in their third NFL game this Sunday in Robert Emmett Park, Castlefin at 2pm.

Donegal were defeated by 7-23 to 0-3 when they met Cork in last year’s NFL, but they put in a spirited performance last week against the current All-Ireland Champions, and it took a late rally from the Rebelettes to grind out a win on a scoreline of 2-10 to 3-13.

“We were playing the elite team in Ireland and we really put it up to them. We were level at half-time and we could have won the game.

“I don’t think we caught Cork on the hop. The girls want to play football, and we’re trying to do things a little differently this year, and they’re responding brilliantly to that. They’re realising their potential and they’re starting to believe in themselves and the team,” she added.

Donegal have failed to pick up any points from their opening two league games, and Tyrone find themselves in a similar position. The Red Hands lost to Kerry in their first game, before going down to a 28-point defeat at home to Mayo last week.

“Tyrone are coming into the game on the back of a massive defeat. They’ll be hungry to make up for that this week, but we’re not going to change anything,” Foy commented.

“We will approach it in the same way as the Cork game. We’re going to go with our gameplan and stick to it.

“Tyrone are a good outfit. I heard they just didn’t get out of the blocks last week against Mayo, but they’ll be coming to Donegal to win. Both teams are probably looking at the game as one they can win, so it won’t be easy.”

Foy has been impressed with how the team have been training in recent weeks, and she believes her side are in good shape for the game in Castlefin, despite the absence of a key player.

“Ciara Hegarty won’t be there this week because she has work commitments in Dublin, but we have a big panel, and we won’t dwell on the absence of one person.

“Training is going well, the girls are coming on a lot. They just need to continue to bring our gameplan onto the field and we’ll start getting the rewards we deserve.” 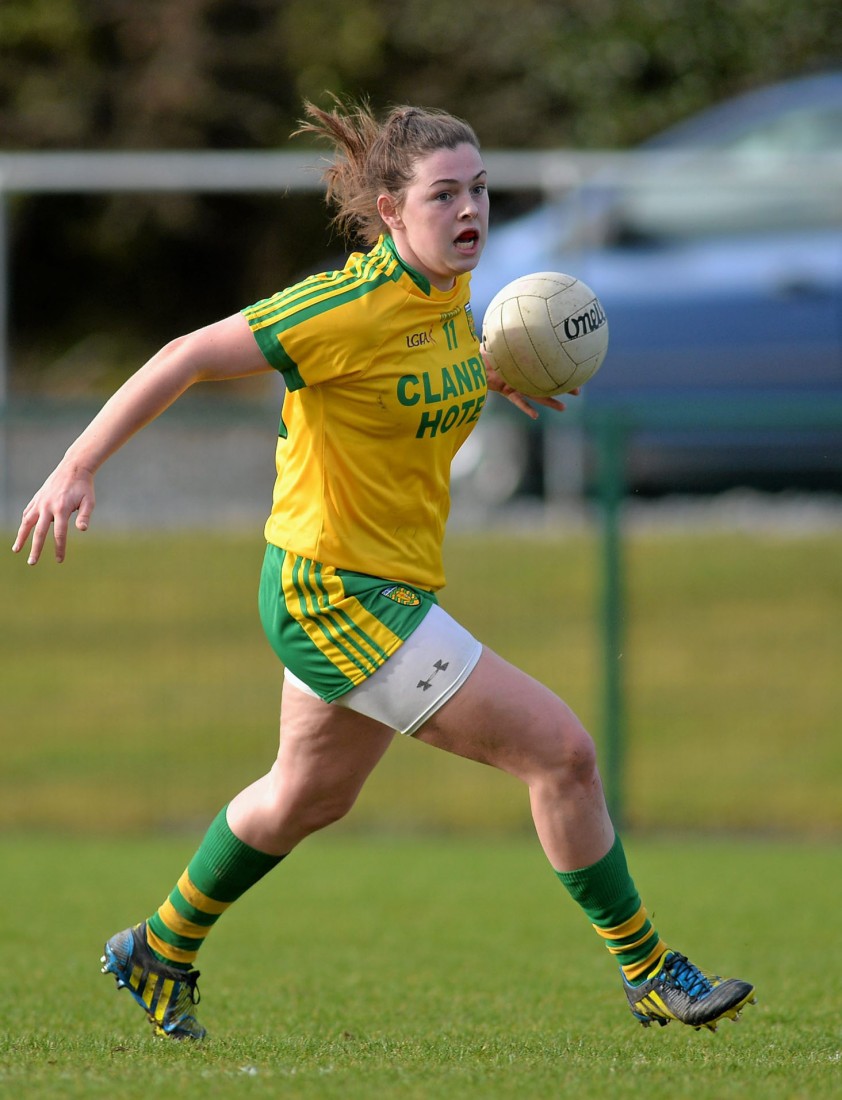