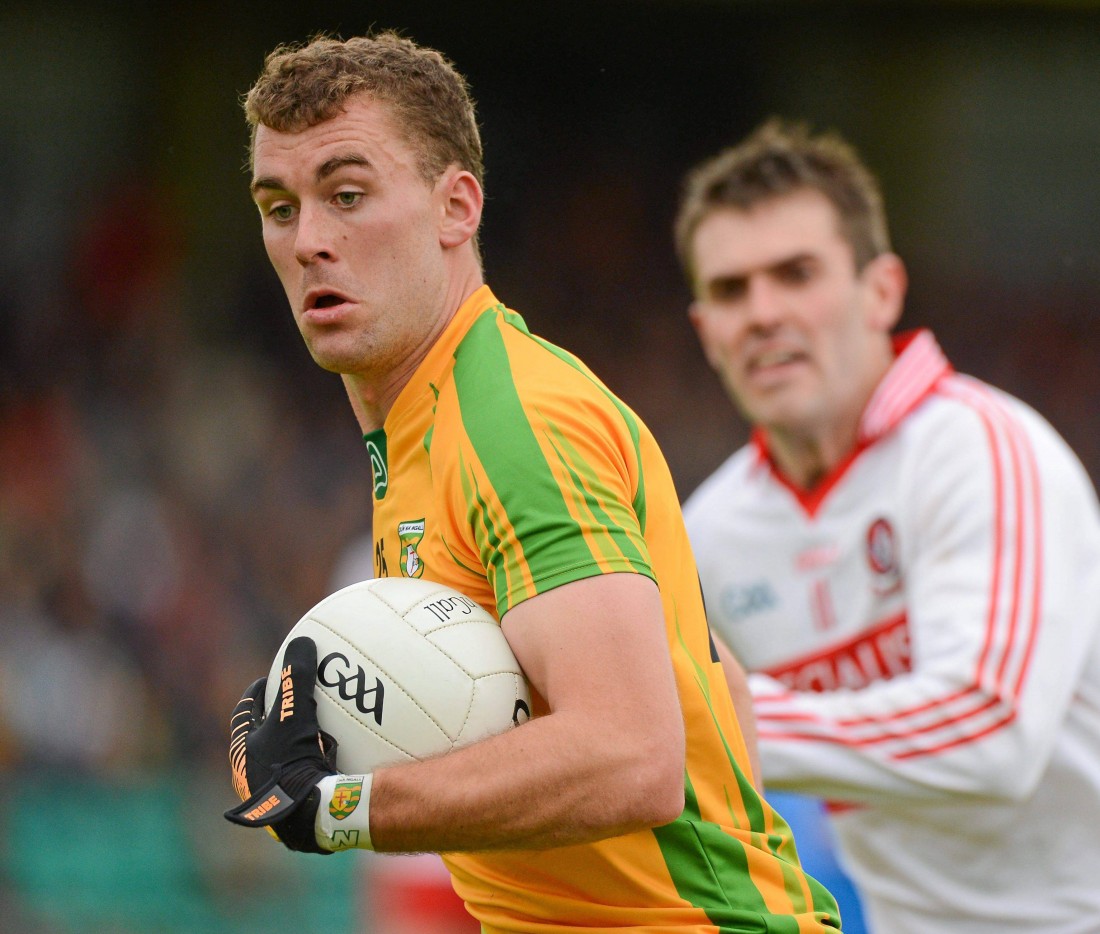 EAMON McGee is in line to make his first National League appearance of the year on Sunday when Donegal host Monaghan at O’Donnell Park, Letterkenny (throw-in 2pm), but the Gaoth Dobhair man looks set to start on the bench.

McGee missed the opening two games, the wins against Laois and Galway, due to a suspension from his sending off against Mayo in last year’s All-Ireland quarter-final.

He played the full game for Ulster last Sunday in their Inter-provincial final defeat to Connacht in Tuam, but is expected to be given game time this weekend by Jim McGuinness in the repeat of last year’s Ulster final.

McGuinness is not expected to deviate too much from the team that overcame Galway three weeks ago, although the likes of McGee, Neil Gallagher and Patrick McBrearty are among those pushing hard for inclusion.

“I don’t see there being too many changes to the team from the last game,” McGuinness told the Donegal News.

“We do know that the likes of Eamon need game time and that Patrick (McBrearty) and Neil (Gallagher) need more time too so we’ll be trying to balance all of that. It isn’t as if we have a hard and fast starting fifteen anyway, so we’ll be rotating a lot during the League.”

Ryan McHugh is likely to retain his berth in the defence, while Martin McElhinney can expect to be sent into combat on the back of an excellent showing in Salthill. With Gallagher returning to full fitness, the ball winning qualities of the big Glenswilly man could be called upon, though it would force something of a rejig and a possible redeployment for McElhinney or Rory Kavanagh into the forward division.

Odhrán MacNiallais has been in good form and Christy Toye has been rejuvenated since recovering from an injury nightmare.

It all means that McGuinness could have a head-scratcher before Barry Cassidy throws up the ball for a game that sees these swords cross for the first time since last July in Clones where Monaghan ended McGuinness’s winning streak in Ulster.

Paddy McGrath is still a few weeks off seeing game time, but McGuinness has reported that David Walsh is ‘very close’ to making his return. Antoin McFadden has had minor knee surgery, while Conor Classon is alongside McGrath in the long-term bracket.

Darach O’Connor is another who is in line for a slice of the action on Sunday. The Buncrana teenager had an impressive McKenna Cup, but was sidelined for the League openers.

Any doubts about his fitness were firmly batted into touch last Sunday when he hit 3-5 for Colaiste Inis Eoghain in their historic MacLarnon Cup semi-final win over Patrician College, Carrickmacross at Garvaghey.

McGuinness said: “He’s made very good progress in terms of his injury and he’s very much in the frame. Darach is going well at the minute.

“Darach has been in and out with playing with the college team and also being away with the under-21s.”