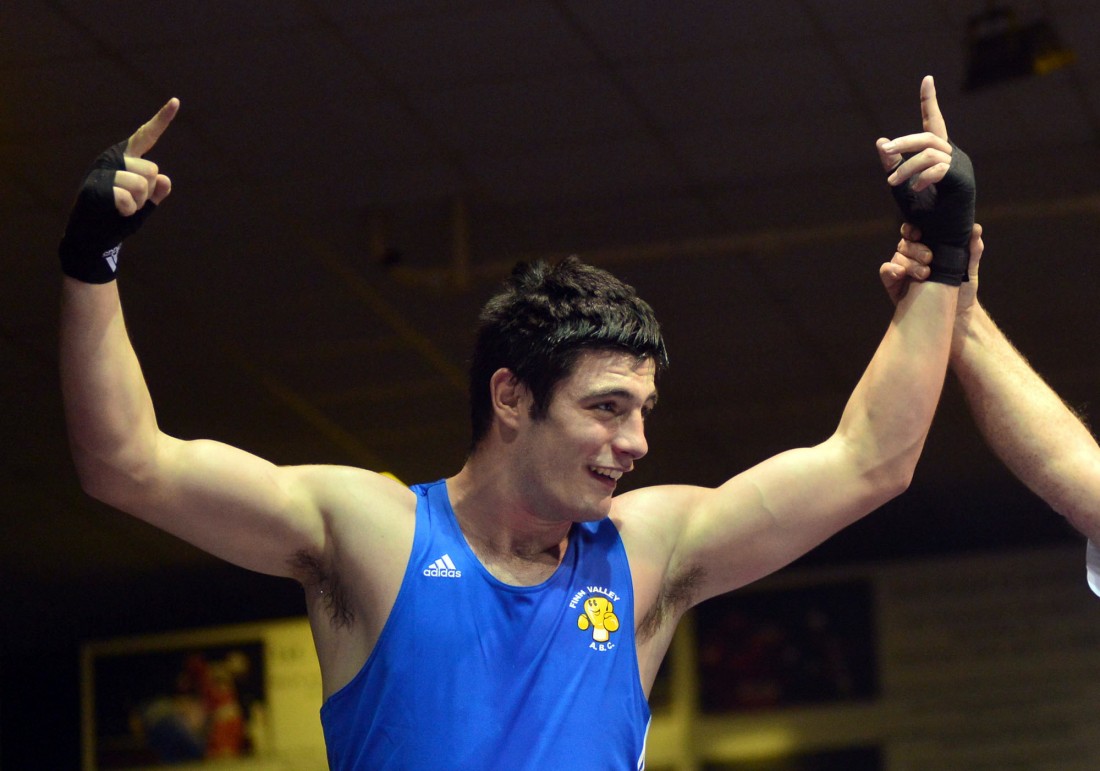 The hard-hitting heavyweight reached the semi-finals of the VII International Youth Tournament, the the ‘Nikolay Pavlyukov Memorial’.

The 17-year old, who recently scooped his tenth Irish title, lost out to Russia’s Maksim Kolesnikov in Saturday’s semi-final at the Volley Grad Sports Centre in Anapa.

Gallagher’s bronze is one of two medals that Irish boxers will roll up with to Dublin Airport on Tuesday, with Belfast’s light-flyweight Brendan Irvine winning gold this morning as he overcame 2013 World Junior Champion Djon Oskar Agilagas-Peres from Cuba.

The experience of this tournament will be a significant boost to Gallagher ahead of April’s World Youth Championships in Bulgaria.

Seventeen nations competed in Anapa, including boxers from Russia, Cuba and the USA.
Gallagher won his first two fights to enter the medals.

On Thursday, the powerful Kinletter man took a unanimous decision from his last-sixteen contest against Latvia’s Artyoms Kolesnikov.

Twenty-four hours later he was back on the canvas again. Against Russia’s Oleg Fomichev Gallagher had to dig deep into the reservoir, but the in-form Finn Valley puncher scrapped well to win on a majority decision.

Gallagher was up against it in Saturday’s semi.

Kolesnikov had reached the final of the Nikolay Nikiforov-Denisov Under-17 Cup at Orenburg in December, losing out to Andrey Shokov.

Just last month, Gallagher defeated Gary Maughan in the Irish Open Youth Championships to win the tenth Irish title of his career before making his way with the Irish squad to the Black Sea Resort.

“Michael put in a fine performance, but it just wasn’t to be for him. To take home a medal is fantastic for him, though, because this was a top-class field,” said the Ireland team manager, Gerry O’Mahoney.

These boxers are in preparation for the AIBA World Youth Championships, which are being held in April in Bulgaria. The World Youths are the only qualifiers for the Youth Olympics later in the year.

“The heat is beginning to turn up now as he has cemented his place at the World Championships. It’s great to see him coming back home with another major medallion around his neck.”

In 2010, Gallagher won a bronze medal at the European Schoolboy Championships in Bulgaria.

The Irish squad is due to arrive home through Dublin Airport at 12.30pm on Tuesday.