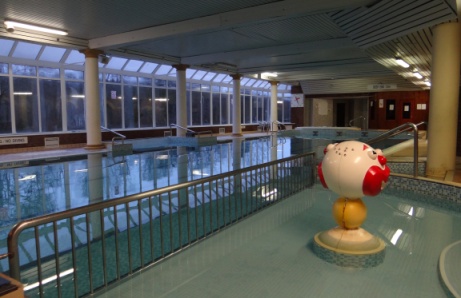 THE woman who collapsed and died after exiting a swimming pool at a Ballybofey hotel yesterday morning has been named as Ms Una Quinn (79) from Strabane, County Tyrone.

Gardai confirmed that Ms Quinn, from 28 Melmount Gardens in the border town, collapsed at the side of the pool at Jackson’s Hotel and, despite attempts to revive her, was pronounced dead at 11:35 am.

Originally from Newcastle in Galway City, Ms Quinn (née Larkin) was well-known in her adopted home of Strabane where she had worked for many years as a teacher at Our Lady of Mercy secondary school.

Her late husband, Patrick, was the former principal of a local primary school.

She is survived by her sons Kevin, Brendan, Aidan, Fergal and daughter Rita as well as her sisters Maeve, Rita, Muriel and brother Patrick.

The removal of her remains from Quigley’s Funeral Home, Strabane, will take place tomorrow (Friday) at 7 pm to the Church of the Immaculate Conception, Strabane.

Requiem Mass will be held on Saturday at 10 am with burial afterwards in Strabane Cemetery.