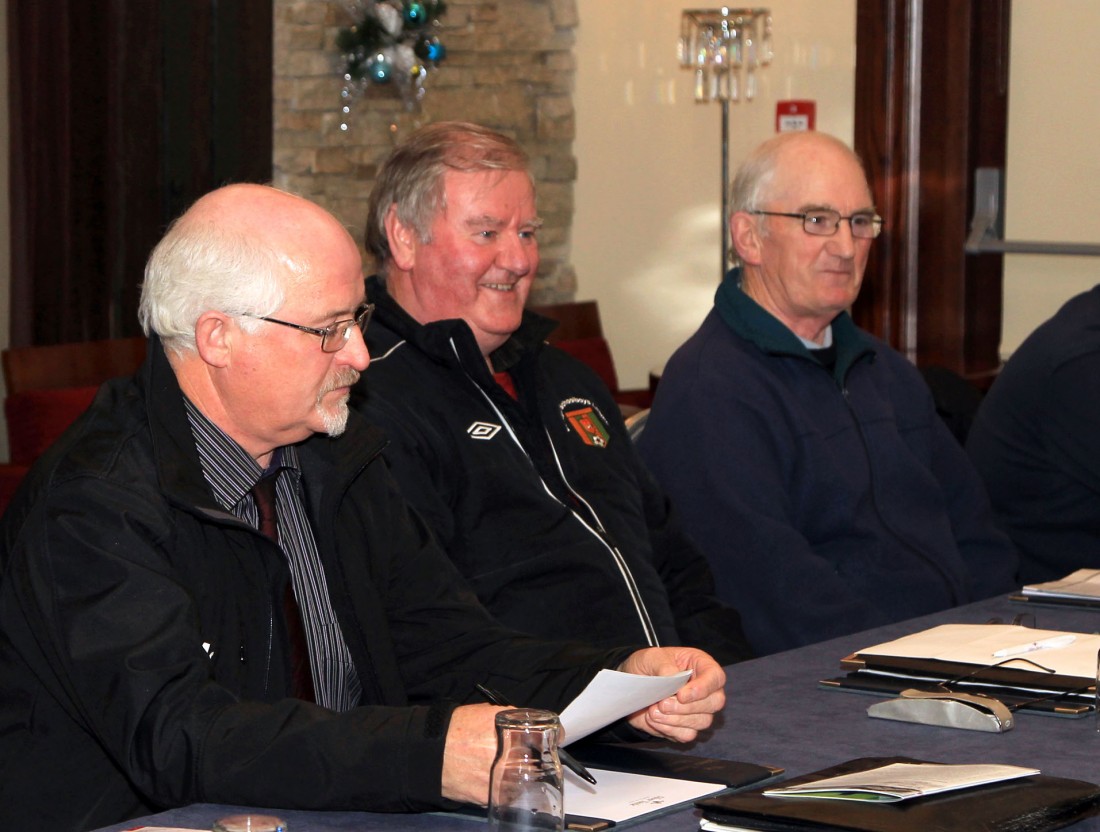 THE clubs and executive of the Ulster Senior League will vote on whether or not to retain summer football at the League’s Annual General Meeting which takes place this Monday night in the Mount Errigal Hotel.

Two motions will go before the meeting which call for a return to an August-May winter season.

One of those is from the Executive committee, who deferred a motion at an Extraordinary General Meeting in November. A lengthy discussion took place that night and rather than withdraw, the committee deferred a vote on the matter to Monday’s AGM.

The Executive have tabled six motions, one of them asking that “The USL return to winter football in the up and coming season in line with other Leagues in the county, ie Donegal League and Inishowen League”.

Fanad United have tabled a similar motion. The Triagh-A-Locha club have been consistent campaigners for winter football ever since the USL controversially decided to switch to summer football in 2007 and have been true to their vow that they would put forward such a motion at every subsequent AGM.

At the EGM in November, four clubs – Fanad United, Bonagee United, Kildrum Tigers and Letterkenny Rovers – spoke strongly in favour of the winter season but, with Letterkenny delegate Eric White indicating that his club would be in favour of the early start as advocates of summer football over previous seasons, it is conceivable that only three of the nine clubs could come down on the side of the winter season.

It will take a two-thirds majority to change the season.

There has been a threat by Harps and Derry to withdraw were a winter season to come into play, though it has also been suggested that Kildrum Tigers’ future is in jeopardy were the status quo to be retained.

The League ran into difficulty in 2013, a season in which 111 players made the cross-over from USL to junior football with Kildrum one of the worst hit clubs.

The League has also explored the possibility of having an earlier start, with February 23rd ear-marked by league officials.

It has been claimed that an earlier start date could alleviate the drain of players as the players who transferred to junior football would be put into a dilemma: Switch back to the USL in January for a full season; or wait until June (the next available window) and effectively miss the first half of the campaign.

Drumkeen United have put forward a motion, ‘That the commencing date for the 2014 season be early February’, while the St Patrick’s Park club has also attempted to address the Intermediate Cup quandary. A second motion by them asks ‘that in consultation with the FAI, the Ulster clubs entering the Intermediate Cup be allowed to play Ulster section (first and second rounds) before the transfer window closes at the end of August 2014’.

There are other motions up for debate, including one from Finn Harps to change the ruling on their senior players. At present, when a player plays in five League of Ireland matches he is deemed a senior player, with Harps looking to have that number increased to seven with the add-on that the player has to have started the game.

The Executive have also put in other motions. The committee have asked to Sunday kick-offs to ‘start no later than 1pm’ while they have asked that USL games are played only on Fridays, Saturdays or Sundays.

Another motion calls for the abolition of the rule that gives the Executive the power to appoint a disciplinary committee, which presently includes the League Registrar plus ‘five independent members’. An alternative has not been suggested.