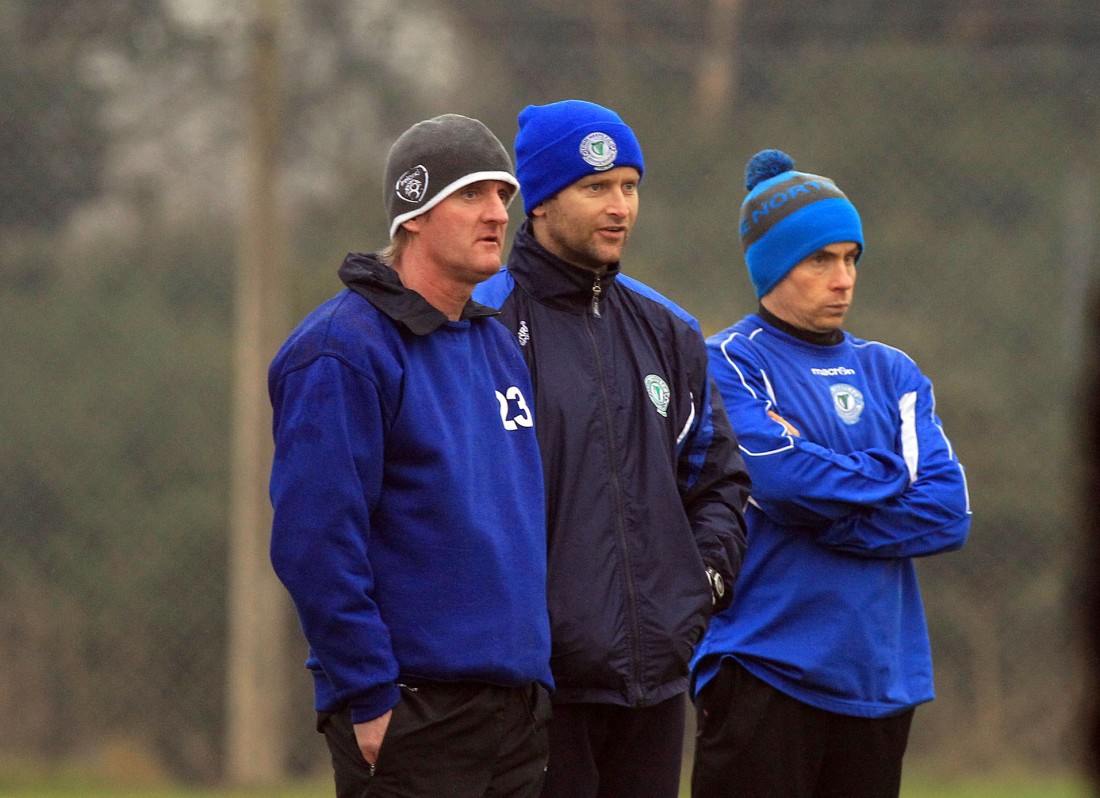 BY CHRIS MCNULTY IN BUNCRANA

OLLIE Horgan has confirmed that Shaun McGowan will rejoin Finn Harps for the 2014 season, but is unsure yet as to the destination of American midfielder Pat McCann.

While a team made up of players on trial played a friendly against Cockhill Celtic on Saturday afternoon, the eleven signed players trained collectively in Ballybofey earlier in the day.

McGowan also took part in the session and the Ballybofey man will rejoin the club for the coming season.

“Shaun McGowan will be coming in and is very much a part of our plans,” Horgan confirmed.

The situation with McCann is less than clear, however. McCann joined the club during the 2013 season and made a good impression. However, he has been training with Bohemians and UCD of late.

Horgan said: “I’ve been in contact with Pat. He is trialing with different clubs in Dublin this week.

“He’s a good lad and he isn’t out of our picture just yet. He has a great attitude. I spoke to him on the phone for an hour one day and I liked what I heard. If he is available we’ll sit down and chat to him.”

As regards the problematic goalkeeping position, Horgan has been finding it difficult to get a replacement for Ciaran Gallagher, who has joined Derry City.

Shaun Patton, the club’s under 19 goalkeeper, will be signed, but Horgan remains on the look-out for a custodian, and had Conor Winn on trial on Saturday for the game against Cockhill.

Winn, an Englishman based in Galway, has been signed by Salthill Devon, Mervue United, Galway United, Shamrock Rovers and Dundalk.

Winn also took part in Saturday’s training session, but an injury that cut short his game means he is unlikely to feature in Wednesday’s friendly against Drumkeen United at the Finn Valley Centre (7.30pm).

Horgan said: “I’ve known Conor from before. He has been around the League of Ireland. We’ll sit down with him later on in the week.”

At left-back on Saturday was Gareth Harkin, who was a regular for Harps in 2011, before going off to Australia. Having returned, Harkin has been attracting interest from senior clubs and Horgan is hoping to capture the former Coleraine midfielder’s signature.

He said: “Gareth is a talented lad. He was with me when he was a kid. He was two years away, but he did well today. His distribution was very good for a man who hasn’t kicked a ball in two years. It will take time.

“It is taking shape, but it’s a very slow process. That will contine up until the week of our first League game.

“We’ll keep having a look at them again. A couple of them will be signing, maybe more than that. It was a good work out for them. Cockhill are going very well and this was an ideal time for us to play them, to see what our own quality is like.” 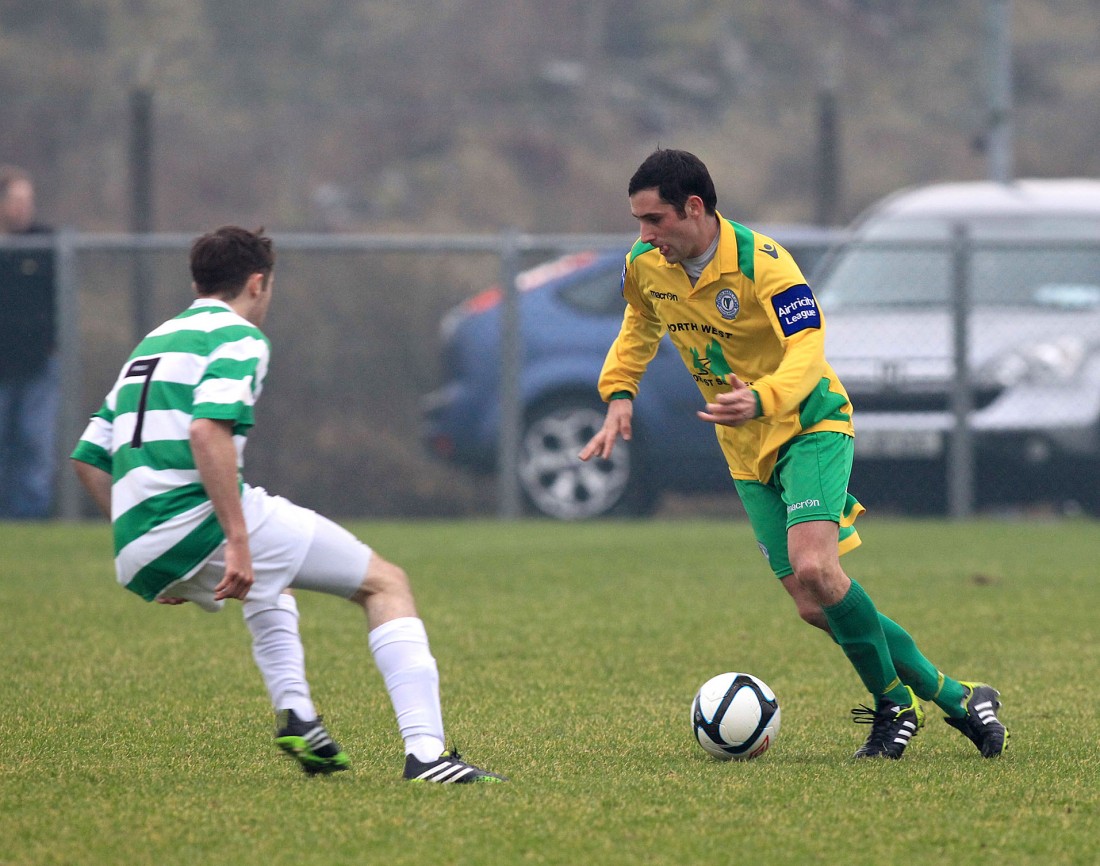 Clonmany’s Jason Doherty, Castlefin man Conor O’Rourke, Letterkenny native Ryan Lonergan and Fanad United’s Shane Buchanan were among the others to get a run out.

Horgan has said that he is close to completing his backroom team, confirming that he hopes to add one more person in the coming weeks. He said: “We need to get the right people in, who we can trust and who are willing to work.

“I’d be looking for one extra body. I’ve spoken to someone and I’d be hoping to have that sorted by the end of the month.”