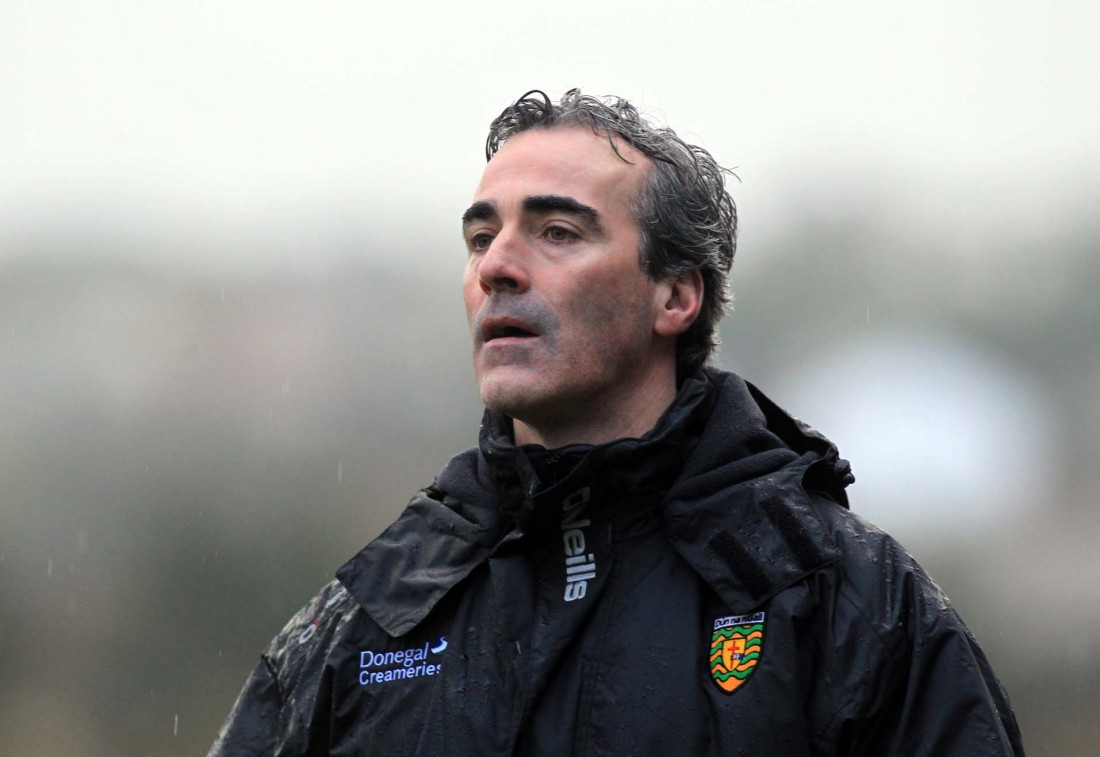 JIM McGuinness was never a man for getting bogged down by results in January.

The Donegal manager opted to have the glass-half-full approach again after his side were deservedly beaten by Tyrone in their Dr McKenna Cup opener at O’Donnell Park, the Red Hands running out 0-13 to 1-7 winners.

Michael Murphy scored a 31st minute goal – after having a penalty saved by Niall Morgan nine minutes earlier – to give Donegal a 1-5 to 0-5 half-time lead. The hosts scored just two points in the second half with under-strength Tyrone taking the baton and scoring a useful season-opening win against their old rivals.

That Donegal had eight of their 2012 All-Ireland final team on from the start and Tyrone had only three of the side that played against Mayo in last year’s semi-final wasn’t of concern to the Donegal boss, whose side is in the middle of a rigorous training regime at present.

“We played an established team but that’s because we have had such a long break,” McGuinness said.

“A lot of them had rehabs and operations so they want to get back out and build a level of fitness before the league starts. We wanted to give them a chance.

“We played some good football in periods but it wasn’t what you would call championship intensity form both teams. We fatigued badly towards the end there in the second half but we’ve a bit of work done there in the last three or four weeks so it was a chance to get some game time.

“When we did get going we got a bit of fluency. It was fits and starts but you expect that for the time of year. It’s part and parcel of January 5th.

With a number of players college-tied and several others injured, McGuinness could only list 21 names on the team-sheet.

Martin O’Reilly is expected to spend the night in Letterkenny General Hospital, the MacCumhaills man having been forced to leave the action concussed in the 57th minute.

O’Reilly will be assessed during the week to determine his availability for Sunday’s game against Armagh at the Athletic Grounds.

The start of the National League next month remains their target, though McGuinness says qualification for the McKenna Cup semi-finals would be a boost to that end.

He said: “It would’ve been nice to have won today because we might’ve got a semi-final and that might’ve suited David Walsh, Neil Gallagher, Christy Toye and Neil McGee, who all would have a chance of playing at a latter stage of this competition.”