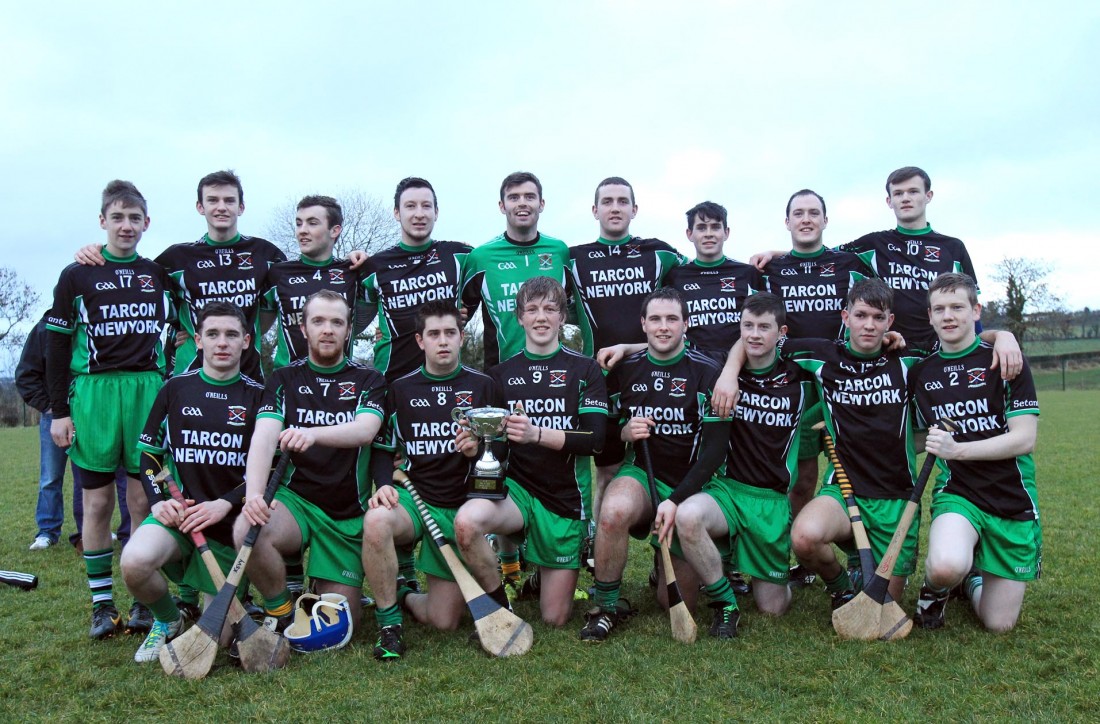 SETANTA narrowly defeated St Eunan’s to take victory in the first-ever Under 21 Hurling final to be played in Donegal on Saturday at the Centre of Excellence in Convoy.

Five superb points from Justin Brown and a scrambled goal from full-forward Thomas McMenamin in the 40th minute gave Setanta a slice of history.

St Eunan’s Kevin Meehan had the edge in the scoring stakes in his shoot-out with Browne, clipping over six points to Browne’s five, but McMenamin’s goal was the game’s big score.

This game had been pencilled in a number of weeks ago but after St Eunan’s said they couldn’t field because of players sitting college exams, it seemed as if the tie would be awarded to Setanta. However, the teams got their day out on Saturday in Convoy and it was a game that could have swung either way.

St Eunan’s left feeling deep pangs of regret with Meehan tugging a late chance of a leveller just wide of the right upright in added time.

That Setanta were ahead by the skins of their teeth when referee JJ Lafferty signalled full-time was perhaps just as well.

When the abacus was totted at half-time, the official had the scores tied at three points apiece, but the assembled media and supporters had Setanta ahead 0-4 to 0-3 with Browne having been credited with four first-half points.

However the sides resumed to play with the scores level, but Setanta held sway when they could draw breath after a nervy finish.

Setanta had the better of the opening with two magnificent frees from Browne, the first of them from all of 80 metres, giving them the edge, although a 60-metre free by Meehan got Eunan’s off and running.

Setanta had a slight sniff of goal when Colm Melaugh fed Aaron Dalton out on the right, but the sliotar just didn’t fall right for the Castlefinn native to have a rattle.

Browne stretched the Setanta lead, but Eunan’s were level on the scorecards as Meehan (free) and Eoin Friel popped over in added time at the end of the half with what had been jotted down as a score to Browne having to be scratched off.

Three minutes into the second half, Eunan’s might have netted a three-pointer, but Friel was denied at point-black range by Setanta goalkeeper Michael Dullaghan, who stood his ground commendably.

While Meehan briefly put Eunan’s ahead, Setanta levelled when Browne arched over another free. The midfielder put in quite the display of free taking at times and his score to put Setanta 0-5 to 0-4 in front was excellent, delightfully pucked over from the right-hand side.

Meehan levelled again, but ten minutes into the half Setanta were in dreamland. A long ball was helped down by captain Brendan Tourish and McMenamin steered to the net.

Meehan slotted over another two frees to tee up a grandstand finale with eight minutes remaining.

Paddy Flood’s team were well in the mix and in Conor O’Donnell and Conor Parke had two of the game’s better performers. O’Donnell, in particular, was superb at centre-back, with his movement on the ball a highlight.

Try as they might, though, they couldn’t work their way back in to find an equaliser to force extra time, with Setanta standing firm, Tiarnan McConnell, Mark Callaghan, Chris Bonner and company yielding nothing when it went to the crunch.

And with Browne having done his magic and McMenamin managing to find the net it was Kevin Campbell’s boys who etched Setanta’s as the first name on the Donegal U21 Hurling Championship’s roll of honour.