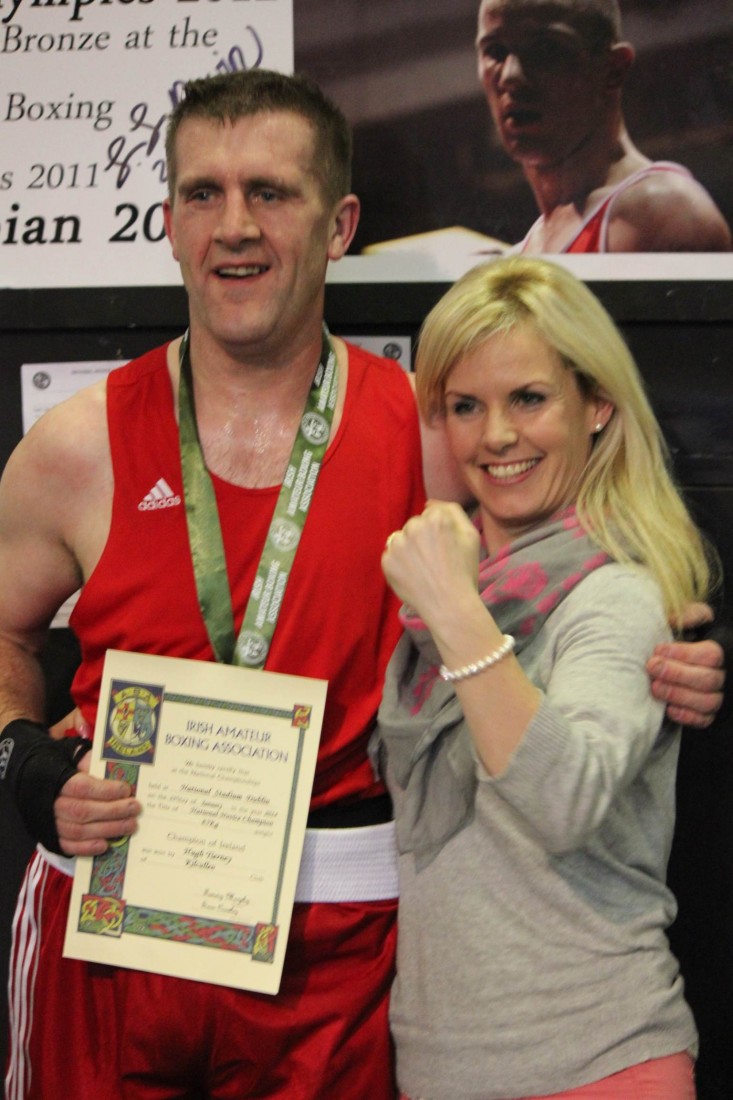 Paul Tierney with his wife, Viki, after his win on Saturday.

Tierney edged past Craig Williams of St Margaret’s on a split decision.

The Inver native came into his final in good form having beaten Trojans’ Brian Ward and Ballinacarrow’s Joe Hirst, a fellow Garda whom he’d beaten to win a Gold medal at the 2013 World Police and Fire Games in Belfast.

Tierney took the first round, but Williams clawed it back to tee up the winner-takes all third.

“I’m delighted to win it, over the moon,” Tierney said.

Listed as a Kilcullen, County Kildare fighter, Tierney is attached to the St John Bosco ABC in Donegal town, with whom he trains under John Gildea.

“I was stepping off in the first round, letting him come into me. He closed that up in the second round and won it. So it was all to play for for the third round.

“I just had to push into him for the third round. You need to be working to get the scores.

“It was great to win it. I had a load of family and friends in the Stadium so it was brilliant for them.”

Tierney is now pondering his next move and could be a part of the Garda boxing team that travels to New York on St Patrick’s week to take on an NYPD selection.