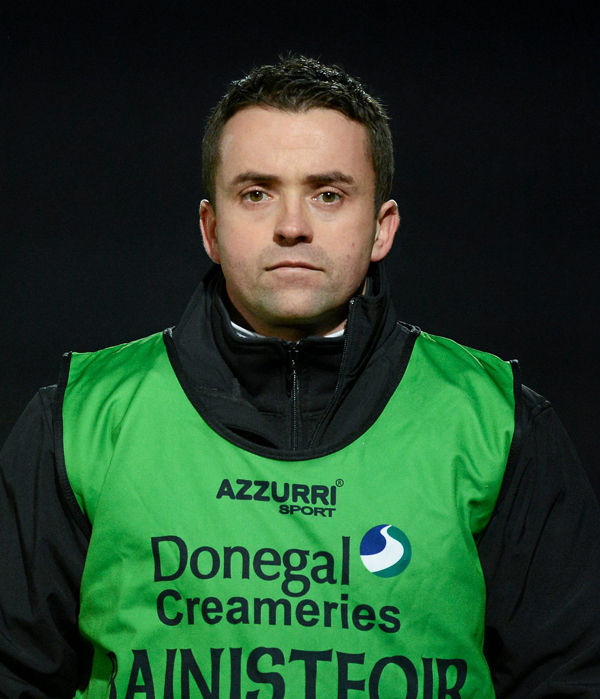 MAXI Curran has tonight been confirmed as the new manager of St Eunan’s.

The Downings native has been appointed to the high-profile job at O’Donnell Park, succeeding Eamon O’Boyle who recently stepped down for the post.

Curran has been linked to a number of clubs, but it is with the black and amber – who only won the last of their 13 Donegal SFC titles in 2012 – that he will work.

He is the current Donegal Under 21 manager and while he has been involved with several club teams inside and outside of Donegal, this is his first post as a senior manager in Donegal.

He is also a former manager of the Donegal senior ladies team.

“Maxi brings a great deal of experience to the position having been part of Jim McGuinness’ backroom team between 2010 – 2013 when Donegal won two Ulster SFC titles, one Ulster U21 title and of course the historic All-Ireland SFC crown won in 2012,” a St Eunan’s club statement read.

“We know that he will bring great expertise to the job and a hunger to do well. Maxi is currently putting together his backroom team and we wish him every success.

“We would also like to take this opportunity to thank Eamon O’Boyle for his hard work and dedication over the last two years where he delivered another Senior Championship for the club as part of the management team with Michael McGeehin and Brendan Devenney and two All County League Division 1 titles and we wish him well in the future.”

Curran has yet to appoint his backroom team.