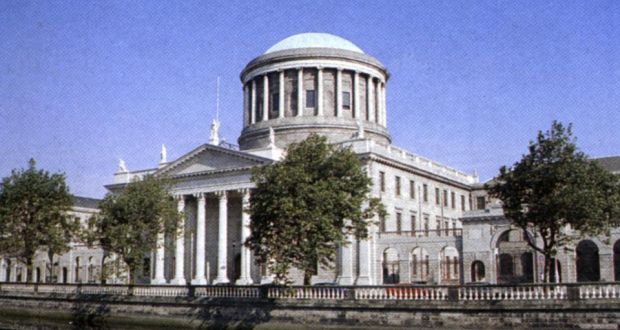 A LETTERKENNY solicitor has agreed not to practise after an investigation found there was no control or accountability over money going into his office although he had already been investigated over previous breaches of lawyers’ regulations.

Yesterday, the High Court in Dublin was due to hear a number of matters relating to the practice of Robert Sweeney at High Road, Letterkenny.

However, after discussions between his legal representative and the Law Society, the president of the High Court, Mr Justice Nicholas Kearns, was told Mr Sweeney had undertaken not to seek a practising certificate and not to practise as a solicitor.

There had been more than 200 complaints against him, mostly from financial institutions in relation to failure to comply with solicitors ’ undertakings.

Mr Sweeney had previously been suspended and his client accounts frozen following an investigation in June 2012. It found he had failed to have 151 title deeds for property transactions stamped in time for Revenue purposes which meant interest and penalties started building up.

He also had a deficit in his client account of about €77,000 which he undertook to discharge. That was only reduced to about €72,000 when Law Society investigating accountant Damien Colton checked on his practice over a month later.

More than a year later, in November 2013, Mr Colton attended Mr Sweeney’s office and discovered another 38 deeds had not been stamped.

In an affidavit, Mr Colton said he had found Mr Sweeney was in arrears for VAT and income tax for €65,000 and there was a client account deficit of about €27,000, with some client money unaccounted for.

There were another 38 unstamped deeds equating to about €91,000 in unpaid stamp duty, he said.

Significantly, the unstamped deeds had arisen during the period in which the Law Society’s regulation of practice committee believed

Mr Sweeney was not fit to remain in practice, he added.

While there was some control in relation to outgoings because a second solicitor had been brought in to co- sign cheques, there was in general “absolutely no control or accountability in relation to monies received by the office”.

The fact Mr Sweeney was unable to account for €25,000 of client money gave rise for serious concern, Mr Colton said.

Following a regulation of practice committee meeting on January 22 last, it recommended to the High Court that Mr Sweeney’s suspension should continue and the matters be referred to a disciplinary tribunal.