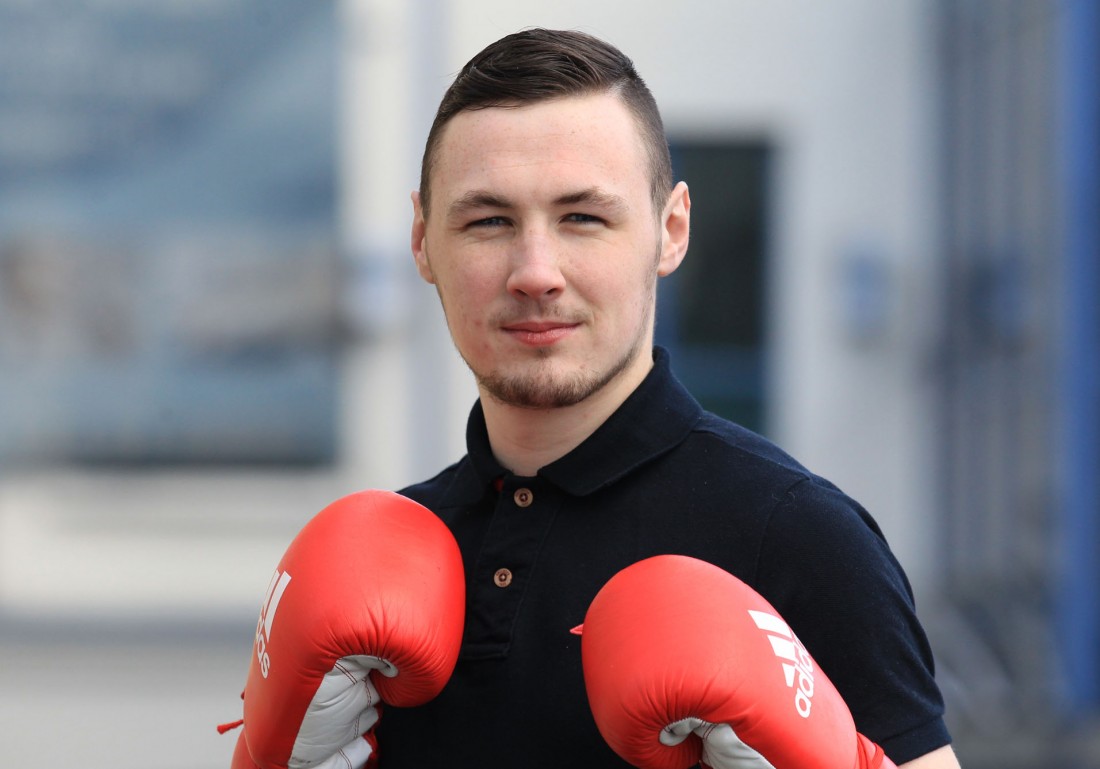 The 19-year old leaves for the Big Apple on January 28th to begin life as a professional boxer having agreed to sign up with Irish Ropes Promotions, the former stable of Derry’s John Duddy.

Originally from Castlebar, Darren has been living in Letterkenny for the last seven years and is a former student at St Eunan’s College having joined the school midway through his first year of secondary school.

His mother, Annie, is Rodgers from Tory Island, who is married to Ted Mangan, a native of Mayo.

Living in the Killyclug area of Letterkenny, Darren was aligned to the Letterkenny Boxing Club for two spells and spent a year and a half with Finn Valley in between.

Now, though, he’s making the move to the pro ranks. He is set to fight an as yet unconfirmed opponent in that iconic boxing venue, ‘The Garden’ in March.

“It’s a nice one to get up and running with it,” he says.

“New York is missing the Irish theme since John Duddy retired, so the market is there. They’re looking for someone to hang on.

“It has always been a dream to fight in the Garden – that will be amazing.”

Mangan says: “I’m going out at the right age. I may be a bit too young, but mentally I’m ready and physically I’m strong enough.”

Since finishing at St Eunan’s, he worked for a little while at construction in Sweden, but is now set to devote his time to boxing.

He says: “I’m on a good diet and am doing everything right. I found making the weight as an amateur a lot harder. They have me on a good programme now so I’m not finding it hard to cut down the weight.”

Mangan has previous when it comes to fighting in the States. In October 2010, while he was on the Finn Valley ABC books, Mangan traveled to San Francisco as a guest boxer with his father’s club, Geesala (the club of World Champion Ciara Ginty).

At the United Irish Cultural Centre, Mangan fought Jesus Renteria of the Old School Boxing Club in San Francisco. Mangan took the verdict of all five judges to defeat champion boxer Renteria in his 96th amateur bout. Mangan was red hot that night and scored an impressive win.

“It was a great experience,” he says now.

“I learned a lot from it. I was fighting the strongest lad out there in their squad. It taught me a lot about myself.

“I loved the atmosphere with the fight fans in America. I could go to England and find someone to go pro with, but if you want to ply your trade to find out if you’re good enough, New York City is the place to go.”

Also on that trip to San Francisco was Peter O’Donnell, whom Mangan consulted when the chance to go pro came up.

He says: “Peter has been a great help to me in helping me to make my decision to go pro. He put me in the right direction.

“I had a lot to consider. There are always questions, especially at nineteen. You wonder if it’s the right decision but there’s really only one way to find that out.

“I have the bottle for it anyway. I’ve always wanted to do this – ever since I seen John Duddy lighting up the Garden. With that in mind it wasn’t a hard decision.”

As an amateur, he credits three coaches – Letterkenny duo John Elliot and Kevin Doherty as well as Conor Quigley at Finn Valley – with his development.

“I picked up a lot from them, not just about boxing, but also on the mental side of it – and a lot of boxing is about getting the mind right.”

Geesala is the home club of Henry Coyle, the pro boxer now based in Chicago and Mangan is hoping his own connections to the Geesala club can help get onto one of Coyle’s cards.

He says: “I’m looking at eight fights in my first year which is a lot, but if I can keep getting experience it will stand to me as I go on

“I have good backing and very good sponsorship out there.

“I can’t wait to get back in the ring again. I’ve been having good sparring, but it isn’t the same as that buzz, the adrenaline you get from going into the right for a proper fight.”

Mangan has been back and forth from New York in recent times in preparation for a move that will see him reside in Manhattan (56th Street).

The big day is on the horizon – and Mangan knows the nettle must be grasped.