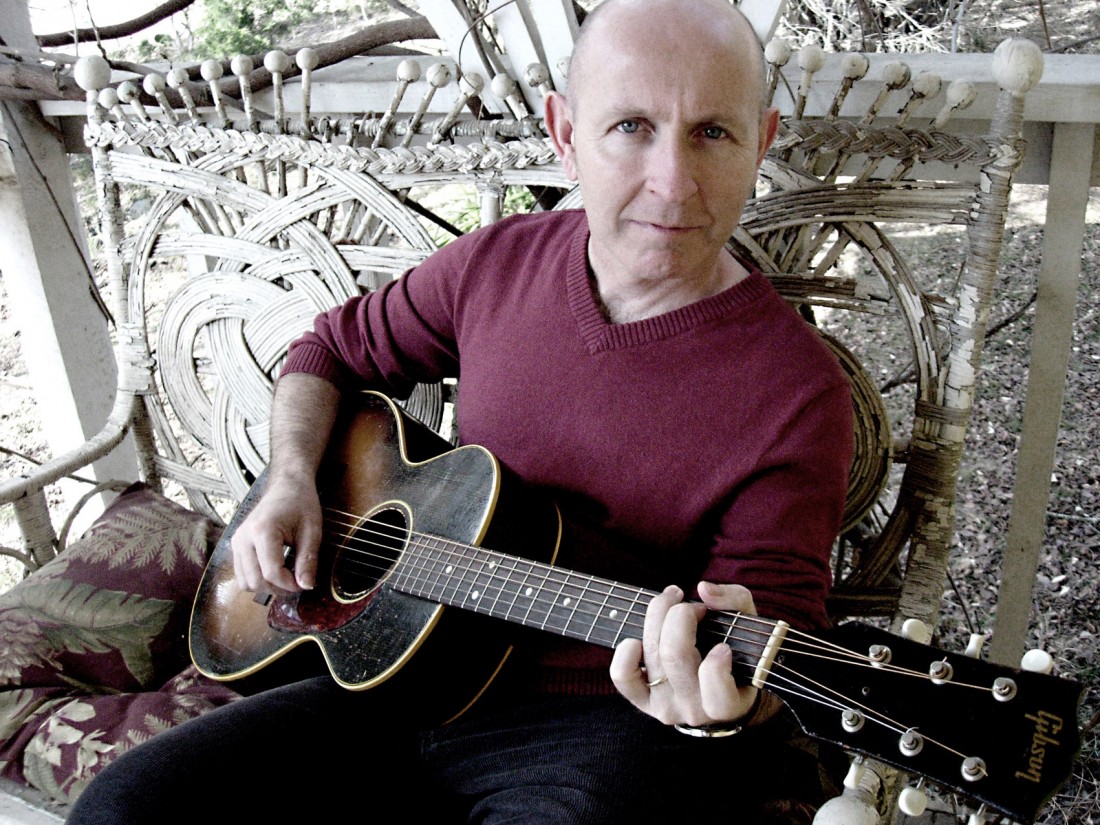 BY SEÁN P. FEENY
ONE OF Ireland’s most successful singer/songwriters of the past two decades will make a very welcome return to Donegal in his first full Irish regional tour in nearly a decade.

Kieran Goss will complete his first solo Irish tour in years right here in County Donegal when he performs at An Grianán Theatre, Letterkenny on March 22.
Following his twelve-date Irish tour the County Down native will be touring in Switzerland, the UK, Germany and then Switzerland throughout the year of 2014.
While this may sound very busy, especially when you hear that 150 dates have been booked so far, this is a relatively quiet one compared to last year.

“I did 200 dates last year, only five of which were in Ireland. I hadn’t really played or toured in Ireland in years and then MCD Productions approached me.
“They asked me if I would like to play the Olympia, saying that there was much more awareness of my work in recent years than I would think.
“They said that all the work that I have been doing abroad for the past years filters through back home and they were willing to take the risk. The next thing I knew I was playing Belfast, Dublin, Cork, Killarney and Clare,” said Kieran.
With the wind behind his back, Kieran and his management decided to put on a tour of regional shows around Ireland. “I think it’s nine years since I last did a full Irish tour, all my work as been abroad. I live in Sligo so it will actually be nice to do a lot of gigs where I can drive home and sleep in my own bed,” he laughed.
There was a time in Kieran’s live where he was continuously touring and releasing albums in Ireland and enjoying a lot of success.
“I think there were four to five years where we never stopped before my wife Annie and I moved to Nashville TN for a year in 2008.”

While they were living in America, Kieran’s wife Ann found a lump in her breast and she was diagnosed with breast cancer. They returned home for treatment which included a mastectomy and subsequent reconstruction surgery.
“That’s six years ago and Annie is thankfully very well and cancer free. After she completed her treatment I had some catching up to do and spent the next three years touring countries where I had cancelled, including Canada, the UK and Germany. I like to honour commitments.”

As Kieran put it, ‘all of a sudden’ five years have passed. “In the old days you had to be here in Ireland, doing television or radio shows and tours regularly to be in the public eye, but for us social media has become more and more important and it’s very relevant.
“People can quickly check up information on your various different sites, such as YouTube, listen to your music and then decided to come to your shows. That’s what I found after the gig at the Olympia, over half the audience seemed to be new.
“At first it really surprised me to welcome so many new fans, despite not having toured here for years, but on reflection it made sense.
“The Internet makes work for us so much more comfortable. My father is 89 and he goes on YouTube, if a man of his age can do it, anyone can,” Kieran laughed.
Kieran admitted he hasn’t been writing that much recently. “I was a very prolific songwriter at one stage, but I was never a touring writer. I have always felt writing is a mixture of inspiration and discipline, I am still always taking notes though.”

The upcoming Irish tour will still feature several new songs that fans in Ireland will not have heard before, Kieran revealed. “It’s hard to write an album while you’re on tour, but I’d like to think there will be a new album within the next 18 months.
“But then again, part of me thinks it’s not about ‘the album’. The music industry has changed so much, that the tour has become more important and there’s not that old-fashioned conception of releasing an album and then touring anymore. The Internet cycle is always on.”

Kieran loves touring and is really looking forward to re-visiting places around the country where he hasn’t performed in year. He said: “When I was playing Cork last year I allowed myself four hours to get there.
The last time I had played there was before the motorway and next thing I am down there in two and a half hours; it’s a very different country to travel in now, for the good.”

What makes closing his first Irish regional tour in years in Donegal so special to the singer, is that Kieran has a lot of strong connections to the county and well-known musicians such as Letterkenny’s Ted Ponsonby and drummer Liam Bradley have toured with him.
“My father (William) used to own a caravan site at Fintra (Killybegs) so I spent a lot of my childhood there. I’ve always loved gigging there, whether it’s McGrory’s in Culdaff [where he has done the odd ‘below the radar gig] or the Bridge Bar in Ramelton.”

Kieran’s sister Finola McGinty, in fact, used to work as a speech therapist in Letterkenny before she and her husband Paul emigrated to Canada.
“Finola and Paul were actually back in Donegal recently and they went to the Bridge Bar and what was the first thing she saw when she walked in, a big poster of mine,” he laughed.