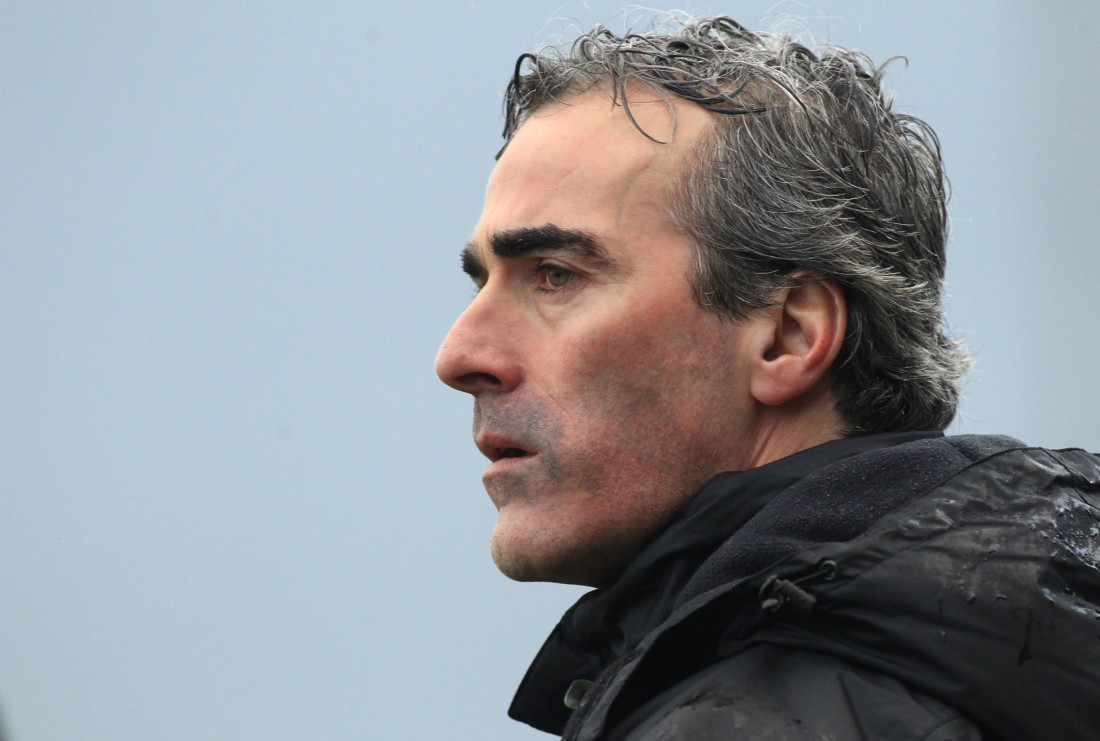 JIM McGuinness caused the alarm bells to chime last year when, following a defeat by Down in Ballybofey, the Donegal manager termed the League ‘irrelevant’.

In making his point, McGuinness was perhaps taken a little out of context. The Donegal boss had his neck craned towards the rather more important matter of an impending Ulster Championship clash with Tyrone in May.

“It’s completely irrelevant,” he said at the time.

“Even if we had lost all our League games and ended up in Division Two, it does not matter. What’s important is that we can try a few things out.”

A year on and the Glenties man’s stance hasn’t budged an awful lot. Now in Division 2, following relegation last spring, McGuinness and Donegal can expect to be around the promotion-chasing spots in the Division but promotion hasn’t been targeted.

Rather, as he perhaps might wish he’d stressed on that February evening last year, the finer details are what the next three months will aim to perfect.

“There isn’t a manager in the county who doesn’t want to win all of his games,” McGuinness told the Donegal News this week.

“For many of these players it’s about getting games and getting back recovered. Hopefully by the end of the League we’ll have settled into a pattern.

“Last year, anything that could go wrong did go wrong. We’re hoping to get a decent run at it now this year and use this as a platform for the Championship.

“Not long after the League, we have an away game in Derry and that really is at the forefront of our thoughts. For me, the

League is about getting to a high performance level. We will always have an open mind on things, the big aim is to get the performance to a consistent level.

“We want to win every game and at the same time, hopefully, build fitness and basically move the thing forward collectively.

“We want to have as many players available to us as possible.”

McGuinness has been handed massive boosts in the form of returns for 2012 Footballer of the Year Karl Lacey, as well as students Ryan McHugh, Mark McHugh, Martin McElhinney, Patrick McBrearty Anthony Thompson and Luke Keaney who are all back on the roster for Sunday’s trip to Portlaoise.

Hugh McFadden is back training and included on the subs but Paddy McGrath has yet to be fully integrated back into the set-up again.

It is the return of Lacey that has got the temperature rising more than any.

A player of his refinement was always going to be a massive loss to the panel and he missed most of 2013 after undergoing hip surgery in December 2012 while a knee injury stunted his recovery.

A winner of four All-Stars, Lacey’s return has been a huge boost for the panel. With Leo McLoone earmarked for the number 6 sentry, Lacey returns to his old corner-back stomping ground this weekend.

McGuinness said: “We hope to see Karl at full pelt by the end of the League. To have him back and have him healthy has been a massive shot in the arm for the group. It is really important that we get Karl some game time.”

The Donegal manager has always credited 2011 with being a year in which his team built ‘traction’ and, following the harrowing All-Ireland quarter-final beating by Mayo it’s likely that 2014 will be used in the same vein.

McGuinness said: “Division 2 will be tough but that’s what we want. We have had a good solid training base behind us from January and we’ll have taken a lot out of the McKenna Cup. The Under-21 team played in the McKenna Cup last year and we felt that was the best route to take, but we have a different dynamic this year with a long break since we last played a game together.”

Donegal haven’t targeted promotion, but it’s clear that McGuinness wants a good start. That is made a little trickier by the fact that he has away fixtures in Laois and Galway to get the ball rolling.

After that, Monaghan and Meath come to Donegal on back-to-back weekends in March, making those pair of away games at the outset even more important.

McGuinness said: “The bottom line for us is this: If we win the first two games we’ll be in contention for promotion; if we lose the first two games we’ll be battling relegation. Being away two weeks on the bounce makes it a very difficult start, but we need to look forward to it. This gives us an opportunity now to look at really moving things on, to have a look at players and different positions through the League.

“Portlaoise is always a difficult venue to go to and Laois gave us a tough battle in the Championship. This is a good opportunity for us now, even though we’re away from home in a difficult game.”