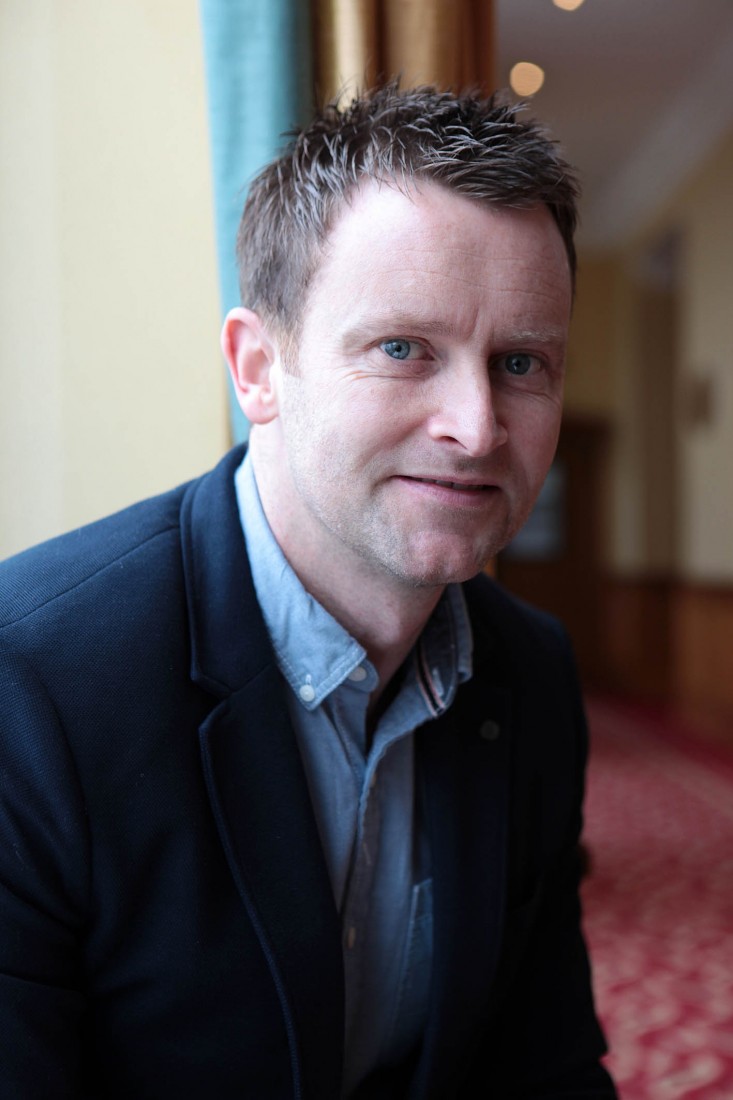 HE was just twenty-nine years old when he stepped into the breach at Finn Park in May 2009 following the departure of Paul Hegarty.

Now, almost three years after he was sacked from the position, James Gallagher has returned to Finn Harps, having been confirmed earlier this week as the club’s new senior coach.

If he could travel back in time, he’d still jump at the chance as he did in ‘09. Initially Gallagher, who had been Hegarty’s assistant, had the job on a temporary basis before he was offered the role permanently towards the end of the campaign.

His tenure was ended in April 2011 after a wretched beginning to the season saw just three points and no wins claimed from the opening seven games.

“It’s all ifs, buts and maybes. I felt there wasn’t a whole lot wrong and we didn’t much time to find rhythm after a tough start. I felt we could have improved if given a few more weeks. Sometimes clubs think the grass is greener on the other side.”

Gallagher is almost three years away from the club but he’s jumped at the chance of getting aboard a ship now being steered by Ollie Horgan.

Gallagher feels he has developed, matured even, as a coach in that time, having spent last year as the goalkeeping coach at Derry City under Declan Devine.

“I probably could have been back before now, but I think now is the right time and under the right man. Under the circumstances the club finds itself in, with the stadium progressing and with the 60th anniversary next season. There is potential there.

“Some people might think that I wouldn’t be willing to go back and work under someone. I’m still young and the time it came up it was too good to turn down. I think I did a very good job given the resources that were available. You move on and time is a great healer in terms of the disappointment I had when I left.

“The big thing for me was because I’d give 100 per cent to what I do that the right man was in there and Ollie has the same philosophy. That made it easier for me to come in and get at it. Ollie is very enthusiastic and he’ll leave no stone unturned.

“It can be a bumpy road but it won’t be for a lack of enthusiasm, energy or work ethic.

“I have experience of being in there before and I’m coming back to do a job for Ollie and a job for the club. Ollie will give 100 per cent and it’ll be the exact same from me. The club will know that, whatever happens during the season, there’ll be nothing wrong because of a lack of effort.”

Gallagher is one of the best goalkeepers ever to have donned a Harps jersey. He was an ever-present in 2004 when Harps won the First Division and in 2007 he was the goalkeeper in the side that won promotion via the play-offs. Between those two seasons Gallagher kept just shy of 40 clean sheets.

With Ciaran Gallagher having gone to Derry City, Harps remain on the look-out for a goalkeeper, with Gavin Cullen strongly linked to a return to the club. However, Gallagher looks likely to also sign on as a player for the coming season.

“I did that last year at Derry,” he points out.

“It’s good to have options. Goalkeeping is a position where you could run into difficulty if your main man gets injured. It’s something that I’d be willing to do. I try and keep myself in good shape so if I have to step in for a game or two it won’t be an issue.”

At City, he was working in a full-time set-up with the goalkeepers, Gerard Doherty, Joe Coll, Eugene Ferry and Seamus Houten.

Now back at Finn Park the finer points of his role have yet to be ironed out, though it appears as if it will be quite a prominent one.

He feels he’s benefited from last season: “Derry was a good experience. It was good to get in and see how they operate. They are very professional and I really enjoyed it. I was in a low-pressure situation because I could enjoy it and the goalkeepers there were very professional.

“I was only looking after the goalkeepers and they made the job easy. You could step back and look at how other things were being done. It was another year learning and picking up different things. If I could take anything from my time at Derry and take it back to Harps it would be a bonus.”

Gallagher believes that he and Harps will be better equipped for the 2014 season than they had been during his previous spell at the club.

With Horgan having been given a two-year deal, with the option of a third year pending a review, Harps are hoping to enable the new set-up to take time to build the club.

For Gallagher, those steps will begin on Monday-week, January 13, when the squad gets together for pre-season training.

He said: “This is where the foundations are set and the seeds are sewn.

“I would have worked with a lot of this group before and they’d know my methods from a coaching point of view.

“There are some new faces there from my time, the likes of Sean McCarron and Josh Mailey who are positives. The potential is there, but you’re hoping we can get more out of them with his systems and philosophies.

“I feel that they’ll all be better players than in previous seasons, provided they look after themselves. They’ll be more experienced too and there is no question that we’ll have them fit enough. A lot of them are in a good age bracket and there could be a nice mixture of ages in the group.”

Gallagher has welcomed the addition of Shamrock Rovers ‘B’ team to make it an eight-team First Division for 2014 and believes Harps will face some stern challenges.

He said: “It’s going to be a strong League, without a doubt.

“I felt there was an opportunity and an opening last year when you look at the teams who were in it. Looking at that and the teams for next season, given where the club finished, you have to say that it’s going to be difficult.

“I feel more confident now than I did a few years ago that we’ll be better prepared for each game. Hopefully I can help Ollie with that.”