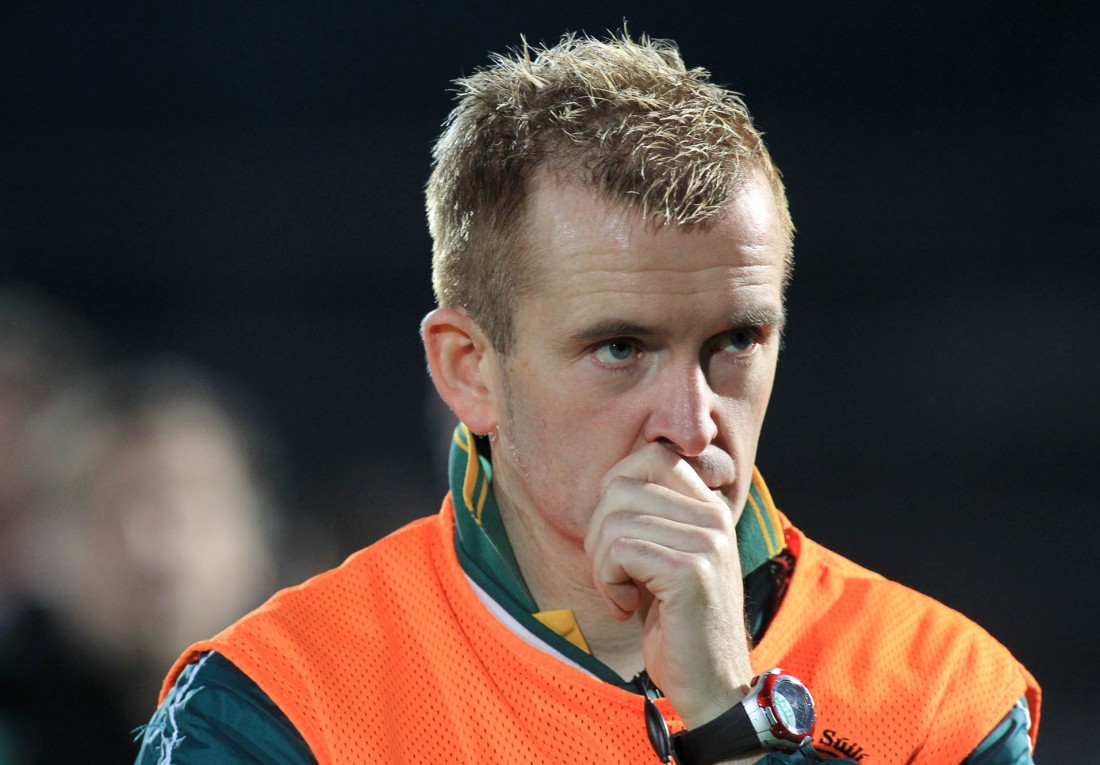 Gary McDaid has been returned as the Glenswilly manager for 2014.

GARY McDaid has been ratified for another year in charge of county champions Glenswilly, while Glenfin and St Michael’s have become the latest senior clubs to confirm a change of hands for 2014.

McDaid was installed again for the new campaign at the Glenswilly AGM on Saturday night. The St Eunan’s College schoolteacher led the Glenmen to their second Dr Maguire success in 2013 and then guided them on a magical journey to the Ulster final.

That defeat by Ballinderry still grates McDaid, who will steer a ship with an altered crew in 2014, the manager having confirmed that he will have changes to his backroom team. Selector Johnny McGinley, for one, will not be involved.

“I am still talking to some of the boys who were involved, but it will be a couple of weeks before I get it confirmed,” McDaid told the Donegal News last night.

Before 2013 McDaid was previously at the helm alongside John McGinley when Glenswilly won their first SFC in 2011.

And now he has decided to stay on to see if he can take them to the next level – but he has warned that stern challenges are ahead this year.

“I’m looking forward to it,” he said.

“There is still a lot of hurt and sickness from the Ballinderry defeat. It will take a hell of a battle again because everyone is gunning for the Glen.

“Our major target will be getting out of our group, the ‘group of death’ as it’s called in the Championship.”

Glenswlly will face Kilcar and St Michael’s, two of the other leading contenders for Dr Maguire, in the group stage, as well as having to travel away to Bundoran, who held St Michael’s to a draw in Gaelic Park in 2013.

McDaid said: “We have a massive task to defend the title. I stressed that at the AGM. It will be very tough.

“We have been playing and training for some of our hardest matches until December 1, so we had eight solid weeks of hard slogging from the county final while most other teams have been dormant since around September.

“I’ve been hearing stories about teams being back training since before we finished, so that gives you an idea. We will leave it until February before we get back at it. We had a lot of men wrapped in cotton wool from October on and we’ll try and get the injuries cleared up first.”

Also on Saturday night, Liam Ward was appointed as the new senior team manager in Glenfin. A high-ranking official with Donegal County Council, Ward takes over from Francie Martin, who was recently appointed at Naomh Colmcille, whom he had assisted in 2013.

The 2011 county finalists St Michael’s will also be under new direction this year, with Tony Wilkinson this weekend having been confirmed as the successor to Charlie McLaughlin.

A St Michael’s clubman, Tony played almost twenty years for the club, winning two Junior Championships with St Michael’s, as goalkeeper in 1983 and as full-back in 1992. He was the Donegal minor goalkeeper in 1977 and he has kept involved, managing underage teams in the club, but now he has been elected to fill the top job at The Bridge.