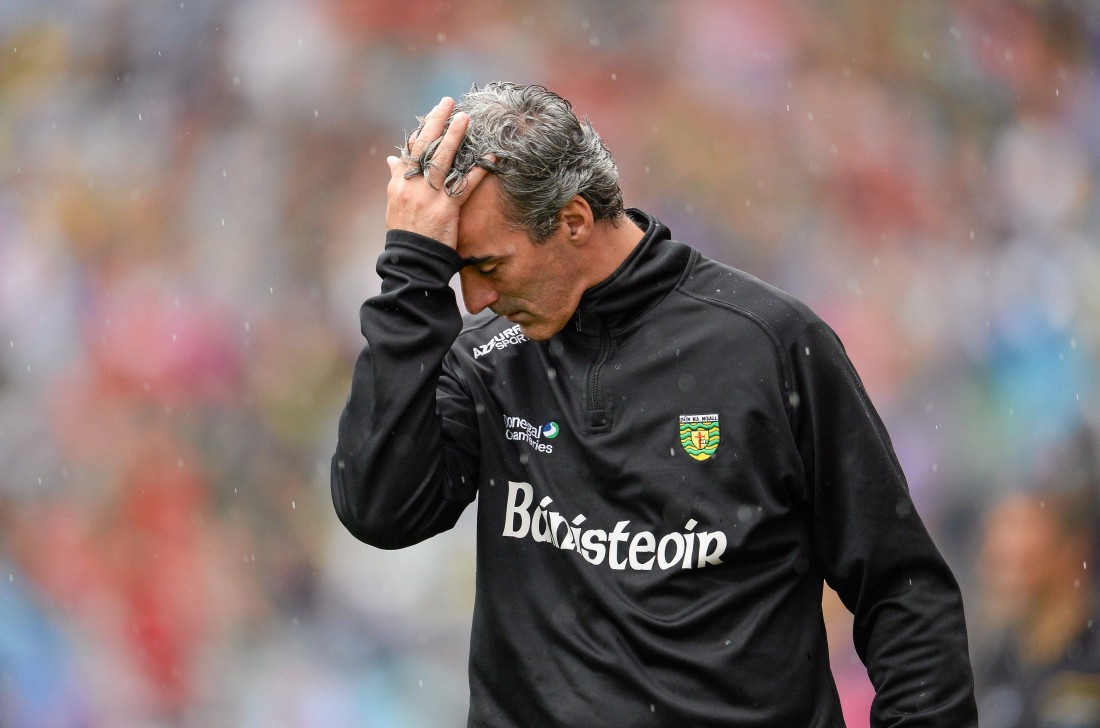 Jim McGuinness during Donegal’s All-Ireland quarter-final against Mayo in August.

1. Wounded animal set to bite back

SOME said after the heavy defeat by Mayo in the All-Ireland quarter-final last August that the gash inflicted had been fatal. Jim McGuinness subsequently agreed to stay on as manager, and bar the emigrated Ryan Bradley and Ross Wherity, every one of his players stayed too.

Rory Kavanagh admitted last week that he had given serious consideration to quitting.

“There is sort of a feeling there that we have unfinished business,” he said.

“We’re a better team than we showed that day.”

There seems a real purpose about Donegal now. During the game against Tyrone, a handful of players, among them Karl Lacey, Christy Toye, David Walsh and Paddy McGrath, were being put through a rigorous work-out on the back pitch at O’Donnell Park.

Before a ball had been kicked, Michael Murphy laid down the law when he said: “Everybody was hurt by the defeat and they didn’t want to end on a note like that after giving it the all for a few seasons. The squad wanted to drive on. It’s about putting it right this year.” 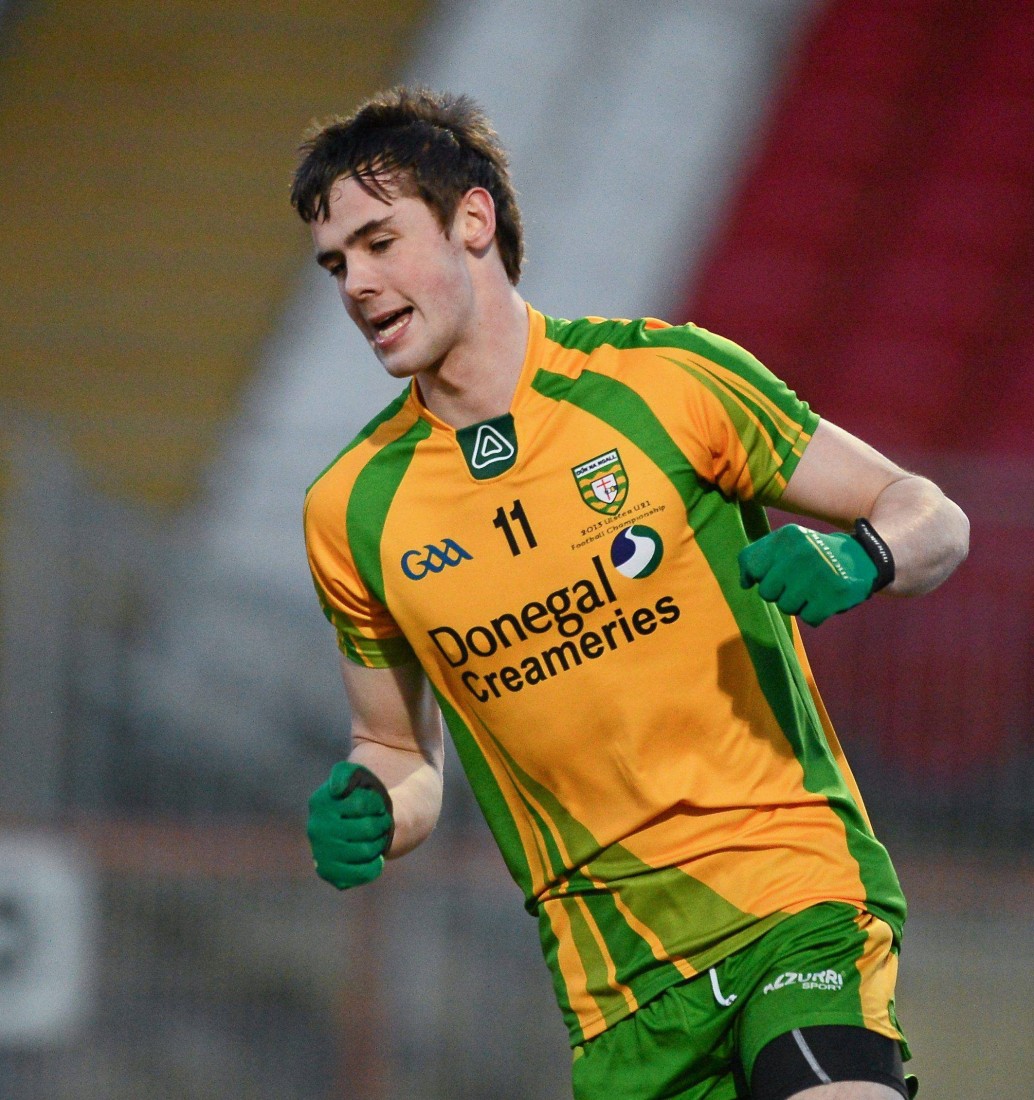 JIM McGuinness has never been afraid to give a chance to youngsters. He was the man who gave Patrick McBrearty his first senior football championship appearance for Donegal on the same day as he represented the county’s minors.

The likes of Martin O’Reilly and Ryan McHugh have also benefited from votes of confidence from the manager and it looks like Darach O’Connor and Odhrán MacNiallais have done enough to impress in the McKenna Cup.

They started in all three games and seem set to be given further runs out during the National League.

Late in the Armagh game, MacNiallais was at the hub of things and the tricky O’Connor, a real livewire, could well be a man we could see plenty of this year, too.

“They’re both good footballers and we want people that will push,” said McGuinness.

“Both can really add value to the squad. If they can push for a start or even some game time we would be delighted.”

As McGuinness always demands of his players, the young duo have certainly ‘put their best feet forward’. 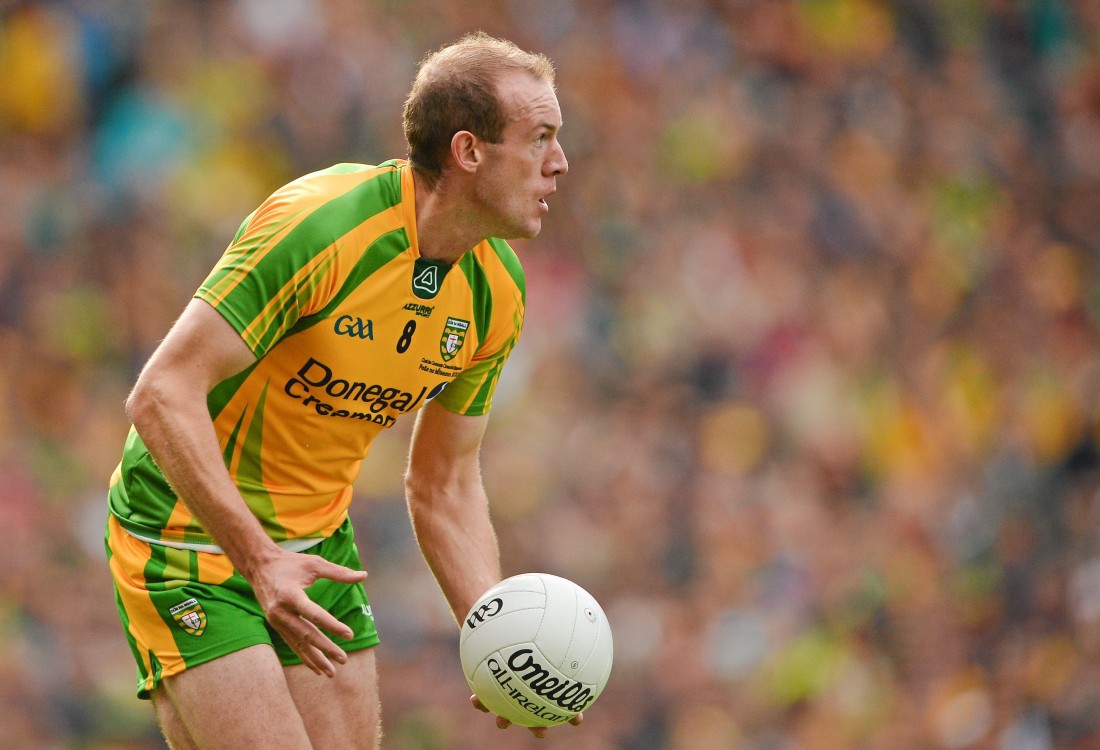 3. Neil Gallagher re-affirms his worth

DURING the first half of the game against Armagh at the Athletic Grounds last weekend, Donegal goalkeeper Michael Boyle took twelve kick-outs.

Donegal gathered possession from only two, neither of them by taking a clean catch.

Thirteen minutes into the second half, Neil Gallagher was called for and the ratio improved considerably. Within seconds of entering the play, Gallagher rose to pluck a Boyle kick-out from the sky and the mood lifted as a result.

How different the narrative of recent seasons might have been had he walked away in late 2011, when he was said to have be frustrated at the limited game time he tasted that year.

Has since firmly established himself as the number 1 midfielder in the county.

In a county that has a dearth of top-class midfielders, Gallagher’s importance can’t be over-stated. In fact, because of what he brings to the table, you could make a fair argument that the Glenswilly man is the most vital cog on the wheel.

Against Armagh, he gave Donegal a presence around the middle that had previously been lacking and followed up with a tremendous display in the win over Queen’s.

His inclusion can now be regarded as a necessity. 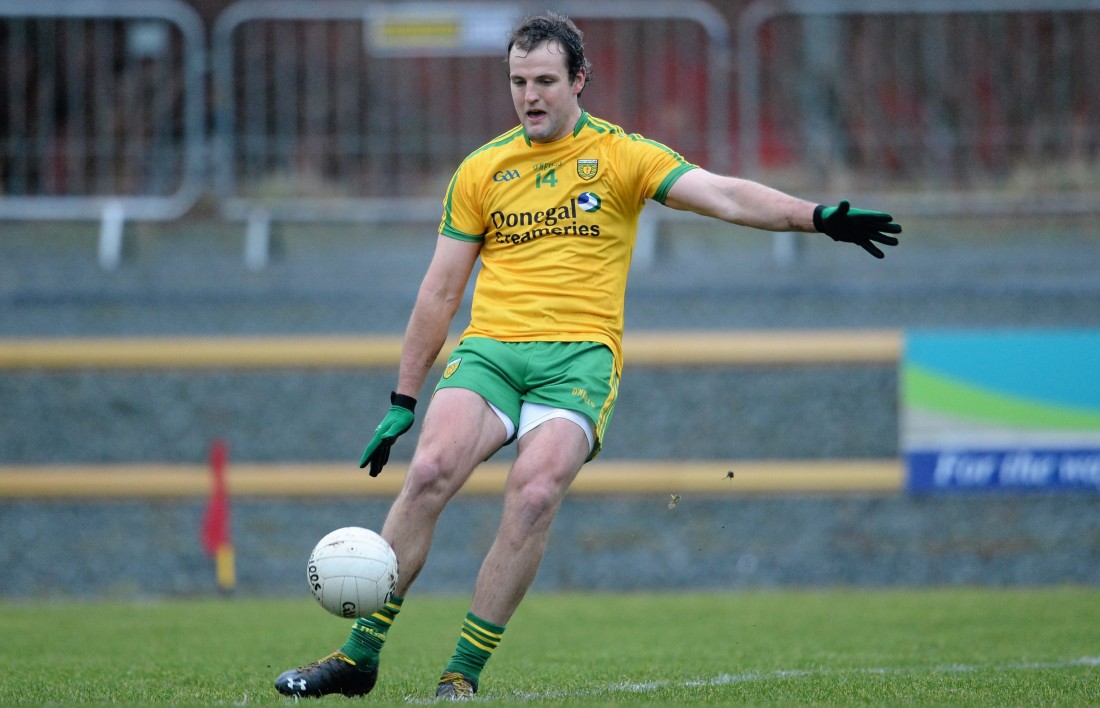 4. Michael Murphy reminds us of his class – again

THE trouble here is that we didn’t so much ‘learn’ of Michael Murphy’s talents in the McKenna Cup, but the Glenswilly man reminded us, rather spectacularly, just in case we’d forgotten over the festive season that, on his day, his is a genial touch.

There was the free kick in the closing moments of the game against Armagh, taken off the ground from between the 13 and 20-metre lines right on the white of the left-hand touchline.

Conditions, angles and all sorts of mathematical equations were against him, but Murphy nonchalantly curled it between the posts.

To see it was to see a master at work. The thought of playing it short had never even entered his head. That he made it look so simple was the most striking thing about it all; it was effortless.

That was topped in quite some style on Wednesday night by a goal that will surely make any of those ‘Goal of the Year’ show-reels at the campaign’s end. He has a habit of these moments of utter brilliance that go viral around the internet.

Last year, it was an outrageous point for DCU against UCD in the Sigerson Cup.

And now, this: a goal borne out of sheer class.

Murphy took receipt of an off-load by Colm McFadden around 20 metres from goal. Three Queen’s defenders made brave efforts to get in the way, but Murphy smashed an unstoppable effort to the net. Goalkeeper  Michael Cunningham had no chance.

McFadden’s reaction is wide-eyed admiration. Ballybofey rose to applaud and the rest of the county can be thankful that Brendan O’Donnell was perched on a cherry picker behind the Town End goal to capture the moment. 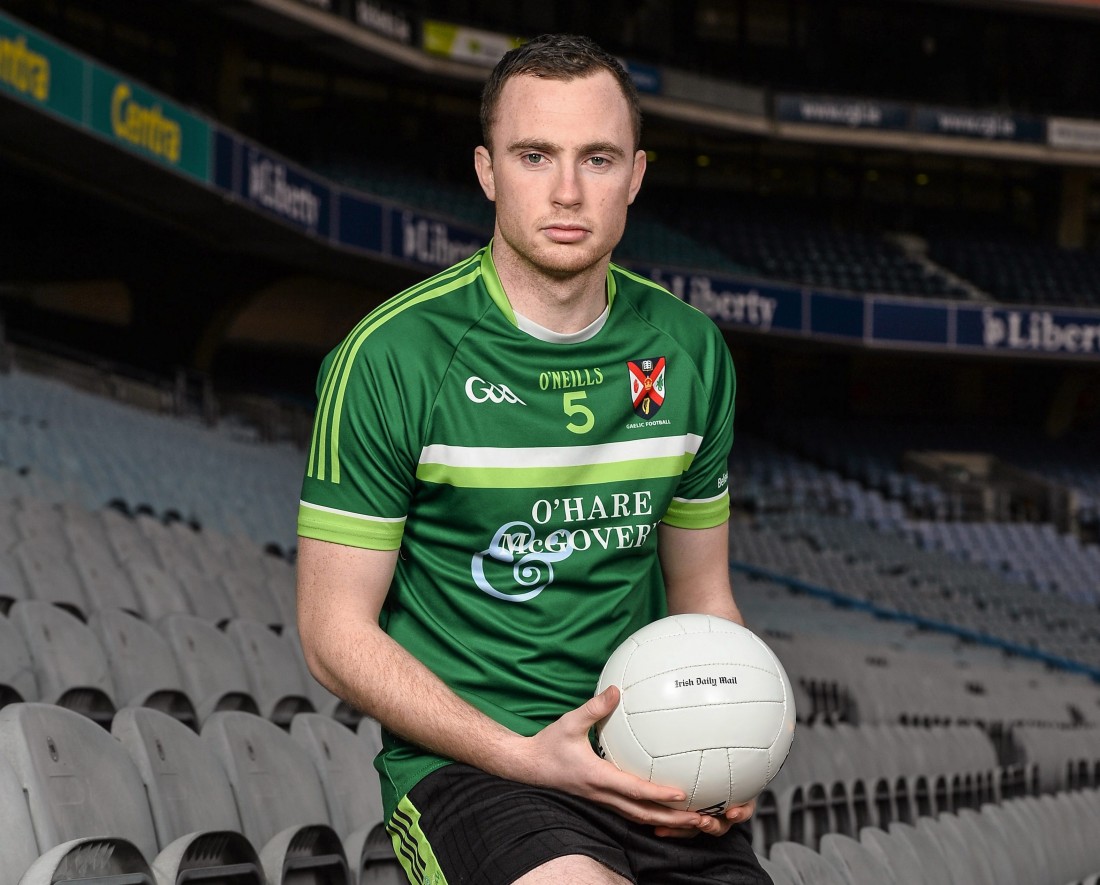 5. College conundrum must be solved

THIS year it was the turn of University of Ulster Jordanstown (UUJ) to withdraw from the Dr McKenna Cup, a year after Queen’s University pulled out of the previous instalment.

The future participation of the Ulster Colleges in the McKenna Cup is again up for debate.

Mickey Harte, the Tyrone manager, again ignored the agreement that the college teams would have the first preference on players, but he wasn’t alone and there seems a general discontent about the whole affair, particularly when a college team has now pulled out two years in a row.

If their participation is to continue, then a proper set of rules and regulations must be both drawn up and agreed between the relevant people, otherwise the chaos will continue.

Jim McGuinness didn’t ask his players to choose between college and county, but you did get a certain frustrated tone from the Glenties man when he discussed the situation on Wednesday night, after coming up against a Queen’s University team that included Martin McElhinney.

“The negative is the situation for Martin McElhinney, who has worked really hard and got himself into very good shape, but we’re not able to have a proper look at him,” McGuinness said. “You don’t see where their form is at going into the League.”