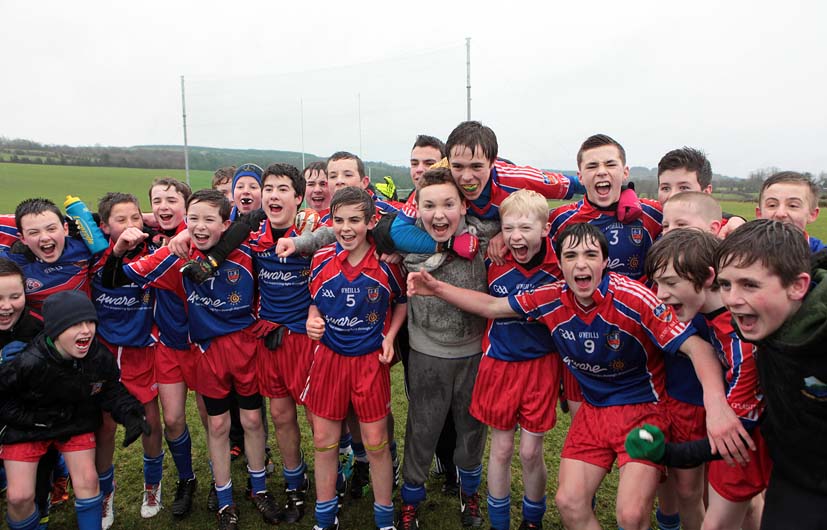 Donegal will have two representatives in the Ulster Bank Markey Cup (Under-18), with Donegal champions Colaiste na Carraige joined by St Columba’s of Glenties, the Donegal runners-up.

This Friday at the Donegal Centre of Excellence in Convoy, St Columba’s are due to take on East Tyrone (throw-in 11.30am).

Ethan O’Donnell, John McDyre, Christian Bonner, Adam McHugh and Charles McGuinness are among the key men for the Glenties school, who lost out in the Donegal decider last Friday. However, they’ll still be aiming to make a mark at Ulster level and get underway on Friday.

Colaiste na Carraige have been drawn to play St Malachy’s High School, Castlewellan, but no date has been confirmed for this game yet and it seems likely, at this point, to go ahead next week.

Also on Friday, at 11.30am at Gaelic Park, Bundoran, the Under 14s from Colaiste na Carraige begin their McDevitt Cup campaign when they take on St Joseph’s College from Enniskillen.

In the Corn Chuchulainn Magh Ene of Bundoran, beaten dramatically by Crana College in their Donegal final, will meet either St Mary’s, Brollagh or St Patrick’s Ballymena in a game that has yet to be fixed.

And PCC Falcarragh, who scored a landslide win over St Columba’s of Stranorlar in Thursday’s Donegal Under-16 final at Convoy are gearing up for a joust with St Joseph’s College, Enniskillen in the Arthur’s Cup, Ulster Under-16 competition.

PCC, with Jason McGee and Michael Langan in scintillating form, cut through St Columba’s to win 2-8 to 0-2 and are now awaiting confirmation of their Ulster tie.