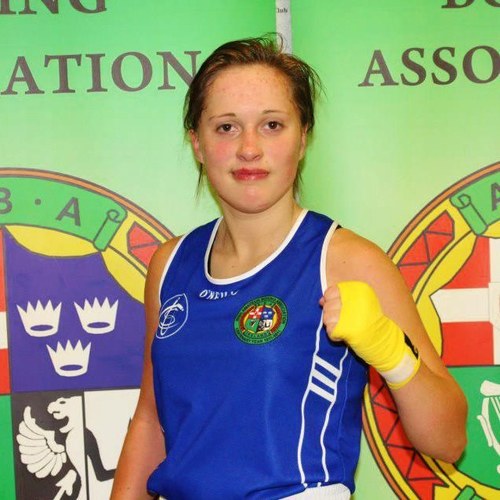 A HOST of Donegal boxers are in Dublin this weekend to take part in the 2014 Open Youth and National Novice Championships at the National Stadium, with the Youth Championships providing qualification to the Youth Olympics for the winners in the various divisions.

The Youth Olympics take place in Nanjing, China, in August – and getting there is the carrot that dangles before the pugilists that will take centre stage at the home of Irish boxing this weekend.

Leading the Donegal charge are the Finn Valley and Illies representatives – with the clubs having four boxers apiece in action.

Finn Valley’s golden girl Austeja Auciute is one of the best hopes this weekend, but the 17-year old ace faces one of the toughest divisions. Only three weights are open for female boxers, 51kgs, 60kgs and 75kgs, with Auciute having to drop down to the 60kgs class.

With World Junior Champion Ciara Ginty and European Champion Amy Broadhurst in the mix, it promises to be a pulsating fight to the finish. However, the Ballybofey woman has been showing excellent form, on the back of a year in which she won the sixth, seventh and eighth Irish titles of her impressive career.

She also happened to be a bronze medalist at the 2011 Women’s World Youth and European Championships, so she has the potential for an upset.

“It has been tough for her making the weight, especially over Christmas when everyone else was enjoying things – but she did what champions do and made the necessary sacrifices,” said Finn Valley coach Conor Quigley.

“This is a stacked weight because you have girls coming down a weight or others going up a weight to enter.

“We were panicking at the start that the drop in weight might effect Austeja, but she is in great form and is raring to go. She will need the performance of a lifetime – but she’s ready.”

2010 European Schoolboy bronze medalist Michael Gallagher has nine Irish titles to his name – and the heavyweight powerhouse is aiming to make a mark this weekend in Dublin.

“He has the experience,” Quigley said. “This is Michael’s last go at this age group. Everyone knows him – and they will fear Michael more than he will fear them because of the punch he can throw.”

They are joined by James O’Brien and Francis Mongan at 60kgs and 75kgs, with double Irish champion Mongan looking to make a breakthrough and novice O’Brien also aiming to test himself against the pick of the bunch at his weight.

Also at 60kgs will be Calvin McShane (St John Bosco) and Aaron Doherty (Letterkenny), whose Letterkenny team-mate Oran Shiels is in action at 69kgs.

Convoy ABC’s Mark McElhinney returns to action after a three-year lay-off when he goes in the 75kgs division of the Youths. A niggling back injury has meant he hasn’t been between the ropes for a competitive bout in three years, but the National Cadet Champion of 2010 is back this weekend.

Also in 2010, McElhinney won a silver medal for Ulster boxing against Bulgaria and represented Ireland against Denmark the same year.

Ryan Greene has recently joined the Illies Golden Gloves club having previously boxed for Oaklead in Derry – and the World Junior quarter-finalist, an Irish and Ulster champion, has entered the Open Youths at 56kgs.

A highly-rated quartet is going from the Inishowen club with Greene joined by Daryl Moran (49kgs), Thomas Mongan (52kgs) and Martin Greene (69kgs).

Moran faces competition from the calibre of European medalist Francie Cleary (Olympic BC) and Mongan is in the same division as World Junior Champion Willie Donoghue from the famous St Michael’s, Athy, stable.

Also in the mix at 49kgs will be Carndonagh’s Irish international Liam Callaghan and Illies coach Eamon Duffy predicts fireworks on the South Circular Road.

He said: “This will be a very, very tough Championships. It will be very competitive because there are European and World class boxers all across the board.”

Mark McCole of Dungloe is gunning for the 64kgs class. A four-time Ulster champion, who has also won the 9 Counties four times is aiming to make a breakthrough this weekend.

St Bridget’s, Clonmany man Michael Devlin, a former Irish champion, will also be in the mix, as he enters the 60kgs class, with Connor Bianconi of Twin Towns aiming to do the business at 52kgs.