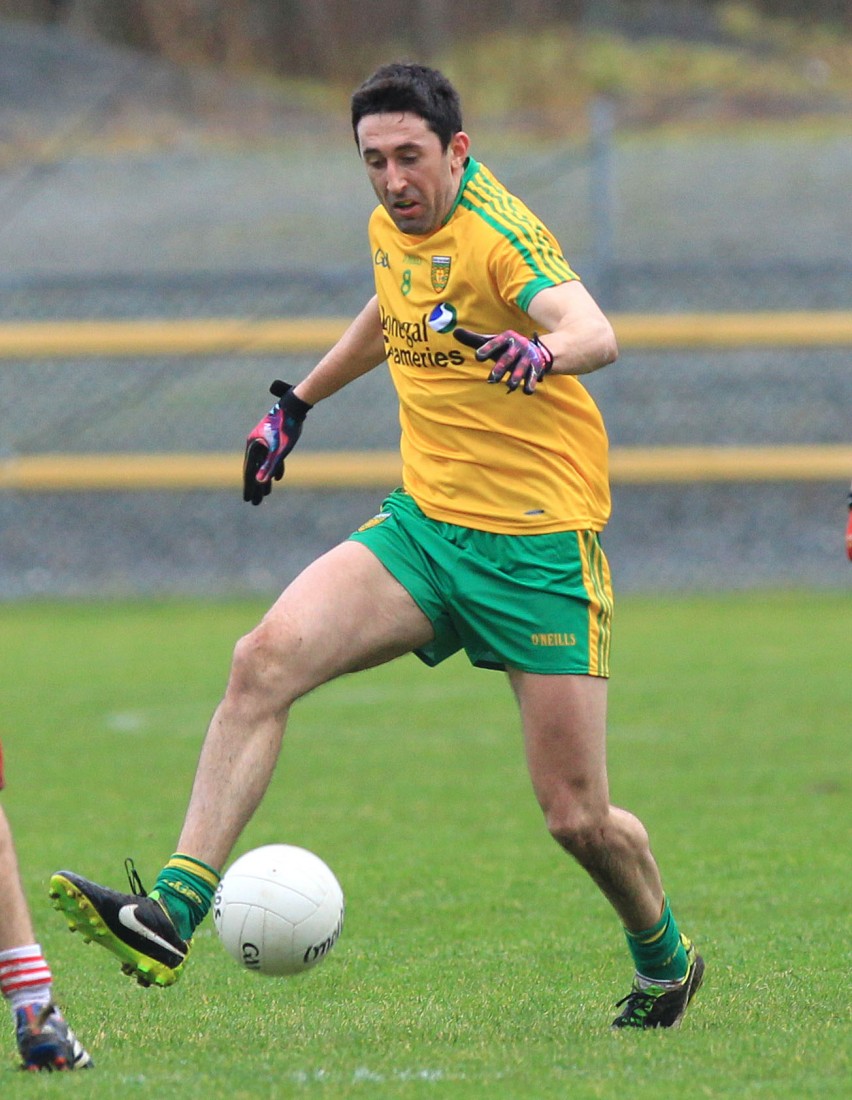 RORY Kavanagh says Donegal have to ‘get back to our principles’ ahead of their promotion push in the National League, which gets underway next month.

The experienced St Eunan’s man admits that he considered calling time on his inter-county career following the heavy All-Ireland quarter-final defeat to Mayo in August – but the Letterkenny man decided to come back and take care of ‘unfinished business’.

These are busy times in the Kavanagh household with his wife, Kathryn, expecting their first child.

“I had Donal Reid holding the phone there, telling him to answer it right away if it rang!,” Kavanagh said following Wednesday night’s McKenna Cup win over Queen’s Univeristy at MacCumhaill Park.

“Kathryn is due on Saturday. That’s something to look forward to on a personal note.”

The Scoil Colmcille schoolteacher says he had considered his options after Donegal suffered a sixteen-point loss to Mayo at Croke Park.

“There were wee thoughts going around alright,” he said.

“It’s something I think a wee bit more of because I’m at a different phase of life now. I’ll try and plough on, see where this year takes us and assess it after that again.”

However, the manner of that defeat, which saw Donegal relinquish their grip on Sam Maguire, just a few weeks after their three-in-a-row Ulster bid was ended at the final fence by Monaghan.

That Mayo defeat still haunts – and it was with that in mind that he and others decided to return to the fold.

He said: “We’re a better team than we showed that day. It was a disappointing way to go out. It’s time to knuckle down now and get back to our principles. Jim has been instilling that over the last few weeks so hopefully we can turn the corner again.

“There is sort of a feeling there that we have unfinished business.

Relegated from Division 1 last year, Donegal have set their sights on climbing the ladder again – with their focus now on an away double at Laois and Galway on the opening two weeks of February to get it underway.

Kavanagh said:  “We understand that the League is important and we’ll be trying to get back into Division 1. We start off with two tight away games, against Laois and Galway.

“We want to really build a head of steam ahead of the League.

“You have a wee break after those two games and then it’s five weeks in a row.

“If we could get off well it would set us up nicely for the home games then. We’re not at home until March and that’s a long way away so we’ll need two points in Laois and the same in Galway.”

Donegal haven’t qualified for the semi-finals of the McKenna Cup, with Ryan Rafferty’s hat-trick for Queen’s giving them some food for thought, although Monaghan’s big win over Fermanagh meant that advancing was going to be a real uphill battle anyway.

Kavanagh said: “The goals took the sting out of us any time we were getting a head of steam up.

“They were sloppy goals to give away and that’s frustrating. We played okay but it was a bit of a killer with conceding the goals. That’s something that we have to go away and look at.”

He said: “It has been good preparation for us. We’ve just been trying to get more bodies out on the field for the League.

“We have a good bit of work done. We’re starting to get injuries cleared up. We need to keep everyone healthy now. That was the problem last year where we had injuries and couldn’t get it cleared up.”

Two of the bright sparks for Donegal in January have been the emergence of Odhrán MacNiallais and Darach O’Connor, both of whom Kavanagh believes can cut it at this level.

He said: “Odhrán is a good ball player. He done very well against Armagh. He’s comfortable on the ball and that’s what you need.

“Wee ‘Jigger’ is busy. He keeps going until he stops.  As a midfielder, when you look up and see him showing, he’s always making the run into space. That makes your job out the field a lot easier.”