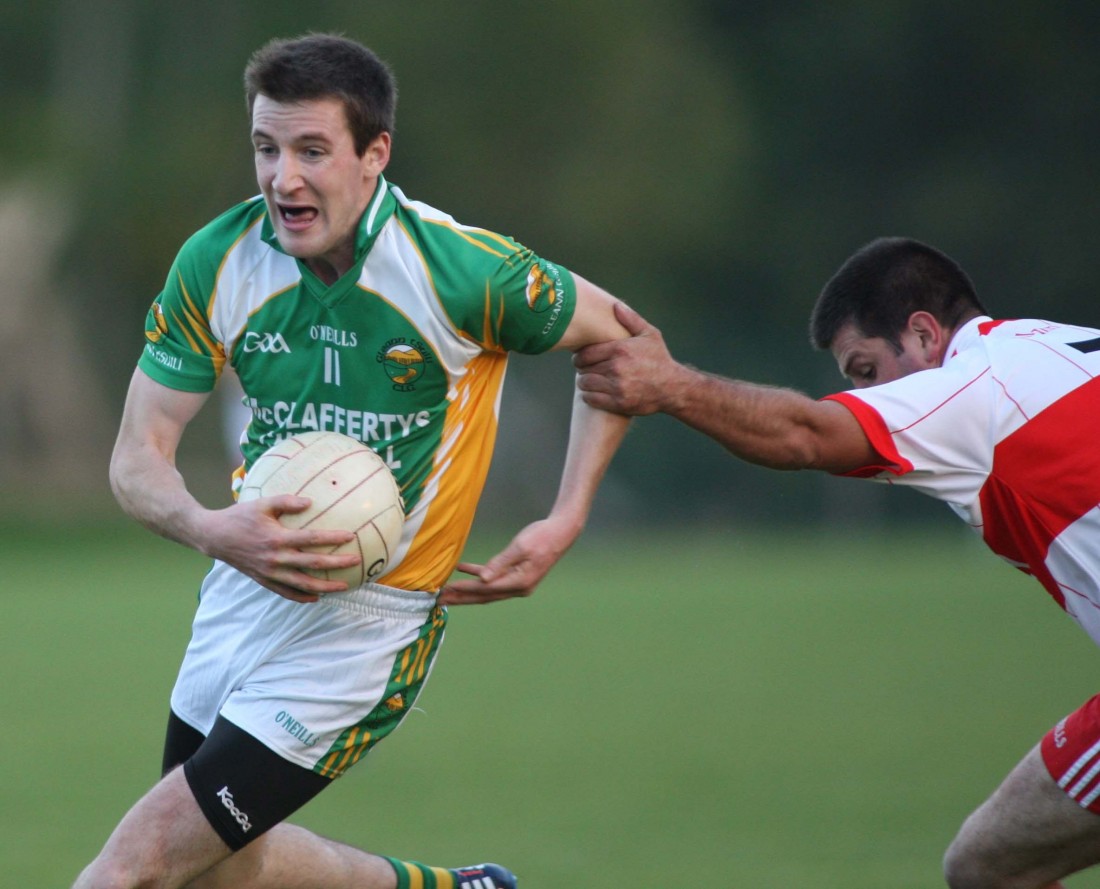 DONEGAL’s Central Council delegate, Niall Erskine, has urged GAA officers to ‘strike a balance’ and take responsibility for the growing unease among club players in relation to the hot potato of the fixtures schedule.

While Seán McGinley has warned of a ‘potential crisis’ due to the decision to defer the start of the 2014 Donegal senior and intermediate championships until after the Donegal senior team’s interest in the All-Ireland series has ended, Killybegs man Erskine – who will be returned, unopposed to his post for next year at this Sunday’s county convention – says that a failure to address the problem could lead to ‘fatal’ conclusions for clubs.

“Change does need to be effected at all levels as the current situation in relation to clubs and fixtures is totally unsatisfactory and will ultimately prove to be extremely damaging, if not fatal to our clubs and therefore our Association’s well being,” Mr Erskine writes in his report for Sunday’s convention, which will be held at Letterkenny’s Mount Errigal Hotel.

In a sometimes hard-hitting and passionate report on the subject of fixtures, Mr Erskine believes that the change must come from officers – and he has called on officials at all levels to assess the situation.

He writes: “There are officers, whether at county, provincial or central level who seem to be completely in thrall solely to the demands of the inter-county teams, whether reasonable or unreasonable. These officers appear to have put no thought into or have no interest in (or both) the well-being of clubs or in providing clubs or club players with any fair play in respect of fixtures and, to a lesser degree, finance.

“Our Association constantly states (and I think still believes) that the club is the main unit of the Association, yet at the same time in some cases we expend far too much of our finance, both at county and national level, on senior inter-county teams…We do little to ensure that our club players have some chance of being provided with a regular programme of games which is not totally subject to the progress of county teams, the whims of managers and county player availability. ”

And the experienced Killybegs official has said that the responsibility lies not at the door of county managers or players, but with the administrators.

He adds: “We sign the cheques and we schedule the fixtures and we need to remember that we should and are required to consider our clubs and our club players when we are doing so and we should not act at any level as mere cheerleaders for any inter-county team or management.

“We must strike this balance soon as our Association faces enough external challenges without us destroying ourselves from within by continuing to damage our clubs and creating conditions where more of our club players will walk away.”

In 2013, 853 League and Championship games were played and there were, at times, some considerable bouts of unrest among members, not least with the uncertainty surrounding the scheduling of the SFC quarter-finals following Donegal’s All-Ireland quarter-final defeat by Mayo in August.

In his report for convention, CCC Secretary McGinley has told clubs to take the fixtures forum at the outset of the season as the platform to set the tone for the year after 2013 saw members deviate from the plan agreed at the forum.

“There is little or no room to deviate from schedule as presented at the beginning of the year,” he says.

He also calls for regulations to be clear after some end-of-season fixtures were subject to appeals because of differing interpretations.

The county secretary, Aodh Mairtín Ó Fearraigh, says in his summary that ‘club football must be our first priority’.

In his fourth annual report to convention, the secretary says: “The issue of club fixtures has been a thorny issue in the county for the last few years. It is becoming increasingly more difficult to find a balance between the scheduling of club and county football. The club is the bedrock of our Association and club football must be our first priority. We must try and give certainty to club players regarding the scheduling of games.”

Gibbons, whose club began training on the second week in January 2013, was in action all year up until Glenswilly’s defeat by Ballinderry in the Ulster senior club final last Sunday.

Gibbons lined out for Glenswilly against Kilcar in the first Championship game of the year just 24 hours after his wedding and missed the subsequent game against Bundoran as he was on honeymoon in Las Vegas.

“I was planning a wedding, but the way it is now fellas who are only trying to plan holidays around fixtures are in limbo,” said the teak-tough Glenswilly man.

“We need to have a serious look at it.

“All we want to know is when we’re playing and when we’re going to be off. It shouldn’t be too hard to figure that out. I don’t see why everyone can’t sit down at the start of the year and come up with a plan, but then actually stick to it.”