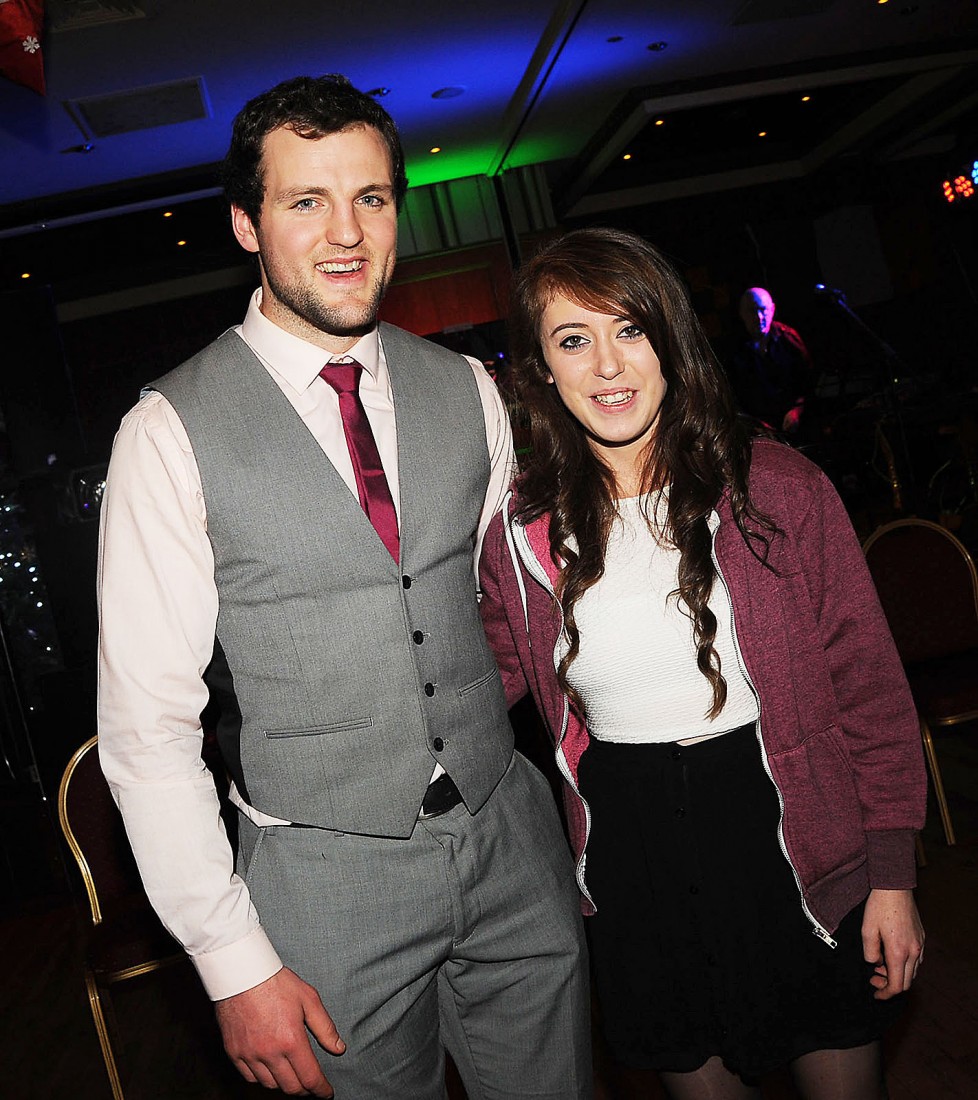 Laura Brown, MacCumhaills, pictured with Donegal Footballer of the Year, Michael Murphy, at the GAA Awards night in the Abbey Hotel.

Footballer of the Year – Michael Murphy
BY CHRIS MCNULTY

MICHAEL Murphy has that genial habit of constantly reminding us of the precocious array of talents that he has stored in his locker.

2013 was pockmarked by Murphy again demonstrating him as one of the best in his business.

In one weekend in October, Murphy captained Ireland to victory in the First Test of the International Rules series against Australia and shot Glenswilly to glory in the Donegal senior championship final the following day, turning in a Man of the Match performance against Glenswilly.

The 24-year old was unfazed by the media glare that turned on him when the potential class of fixtures that weekend. Rather than chose one or the other, he put the head down and stepped up to the plate for club and country.

Paul Earley, the Ireland International Rules manager, spoke of Michael’s ‘renowned leadership skills’ – and he demonstrated every inch of them that weekend.

That Murphy rolled into Ballybofey and won the Man of the Match award less than 24 hours later was a mark of the man. “When he speaks, he speaks with real authority and everyone listens,” Gary McDaid, the Glenswilly manager said.

2013 had begun with Murphy giving a spell-binding display in the Sigerson Cup for DCU, scoring an outrageous point that went viral on social media in a 1-4 haul against UCD.

He hit nine points against Kildare in the opening game of the National League. Although it became a difficult summer for the Donegal senior footballers, there was still much to admire about Murphy’s contributions – and he came back refreshed for Glenswilly’s magical journey to the Ulster final.

Glenswilly were named as the Senior Club of the Year on Friday night with Mick Murphy, the club chairman, accepting the award.

With that rare ability to turn water into wine at the press of the button, Murphy hit 1-3 in the Ulster final defeat by Ballinderry, including a goal after just 25 seconds.

Peter McGinnity, the Roslea manager, said during the Ulster campaign that ‘Michael Murphy is one of the best footballers of his generation’.