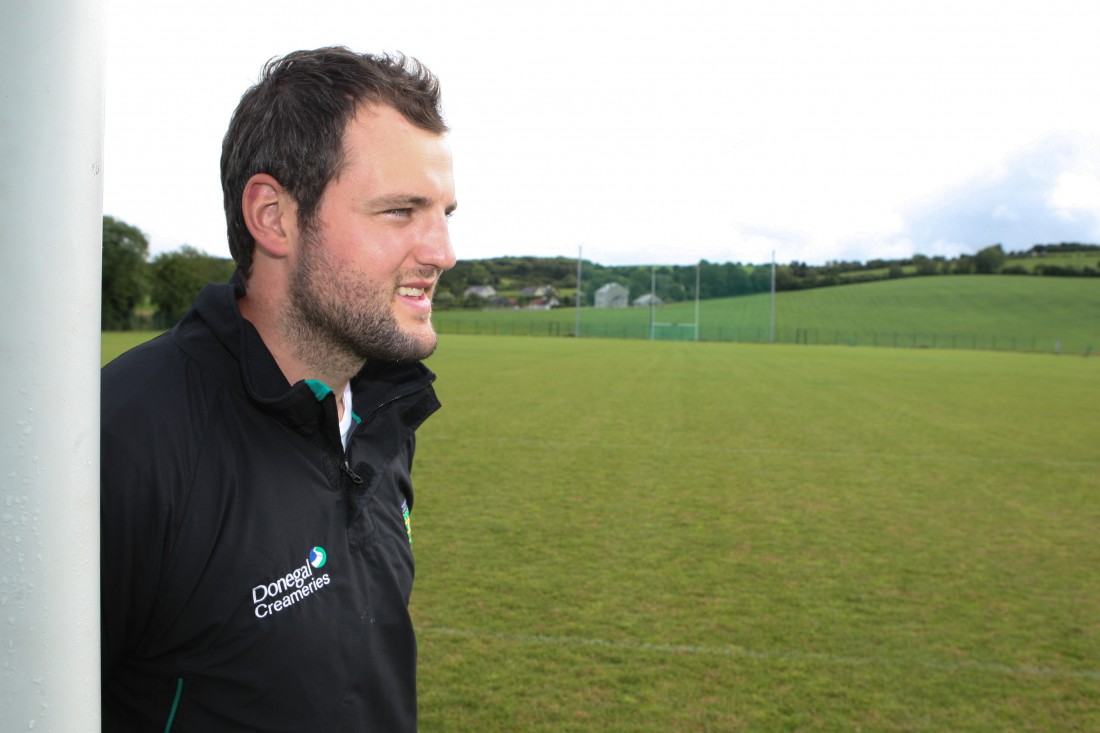 The Donegal captain was given the reception in recognition of his outstanding achievements at all levels of his sport, after a year in which he had huge success with his club, Glenswilly, and when he captained Ireland in the International Rules series.

The packed chamber at the County House in Lifford gave a standing ovation to the GAA star, who paid tribute to the various support groups who have enabled him to fulfill his dreams.

“I always thought that these events were for people in their later years in life, but I really appreciate the thought,” Murphy said.

“I have been very fortunate, as a footballer and as a person, to have the support that I have had.

“There have been few obstacles to giving the commitment to the sport that I love. To do that without obstruction has been fantastic and hopefully that can continue.”

Donegal’s All-Ireland winning captain from 2012 recently spearheaded Glenswilly’s winning of their second Donegal senior championship title and their surge to the Ulster final, where they were narrowly beaten by Ballinderry.

“I fell in love with Glenswilly,” Murphy said of his days playing at underage level with the club.

“I met lifelong friends out there

“Little did I think when I started playing away at Division 3 standard, going to watch massively established teams, that we’d be playing in and winning two county senior finals.”

Murphy assured Donegal fans that they are ready to come back with a bang next year.

“We have had fantastic runs and fantastic achievements,” who has been confirmed as Donegal GAA’s Player of the Year for 2013 and will be presented with that accolade on Friday night.

“It was always a dream of mine to play for Donegal. To get an opportunity to fulfill that, I thank all the managers and everyone in Donegal GAA.

“To get success was brilliant. Last year didn’t pan out the way we wanted, but I can assure you that everything is in place for us to go out and wear that jersey with pride again in 2014.”

The 24-year old Glenswilly star was accompanied to the function by proud parents, Mick and Mary, and his grandfather, Joe Hutchinson (85), from Buncrana, was also in attendance.

Mick Murphy thanked the many neighbours and family members who had traveled from Inishowen and Mayo for the event.

“As a parent I appreciate and respect what you have done,” he told the packed Council Chamber at the County House in Lifford.

“The thought is magnificent and the gesture is fantastic.”

The reception was hosted by the Mayor of Donegal, Cllr Ian McGarvey.

“He has contributed very much to club football, club football, county football and national football,” said the Mayor, who was urged by Cllr Seamus Ó Domhnaill to ‘hand over the chain!’

In the county final back in October, Murphy was Man of the Match against Killybegs, less than 24 hours after captaining Ireland to victory in the first Test of the International Rules series against Australia in Cavan.

“I was very luck to get that opportunity,” Murphy said. “From a player’s point of view that was a fantastic honour. It’s a good opportunity to get to know players form other counties.

“To get the opportunity to captain the country was brilliant. It couldn’t have panned out any better.”

The reception had been initially proposed by Cllr Ciarán Brogan, who got the idea while watching the International Rules Test at Breffni Park. His proposal received the unanimous backing of the twenty-nine Councillors.

“Paul Earley (Ireland’s International Rules manager) identified that Michael Murphy was something special and it was a great honour for him to be apponted as the Ireland captain,” Cllr Brogan said.

“He has been identified as not just a club leader or a county leader, but as a national leader – and it is important that we recognise that.

“Sometimes we leave it too late to recognise people. We should embrace Michael and give him the recognition he deserves.

“He will be remembered as one of the greatest.”

The Council’s Director of Services, Corporate and Housing, Liam Ward said that the Council felt it important to recognise sporting achievement.

“Sport can give us a very uplifting experience. Last year when Donegal won the All-Ireland, it was a special time; there was such a great buzz throughout the county.

“We recognise that here we have a young man who is regarded as a role model in the county and far beyond the boundaries of the county.”

The County Manager Seamus Neely said Murphy’s greatest contribution ‘is as a role model and the influence he has had on people, something that will last for generations to come.’

Donegal County Board Chairman Sean Dunnion hailed ‘true leader’ Murphy, who he said had rallied the wounded Donegal troops just a few weeks after their heavy defeat by Mayo in the All-Ireland quarter-final in August.

“Michael has only turned twenty-four and the list of achievements he has had is absolutely immense for one so young.