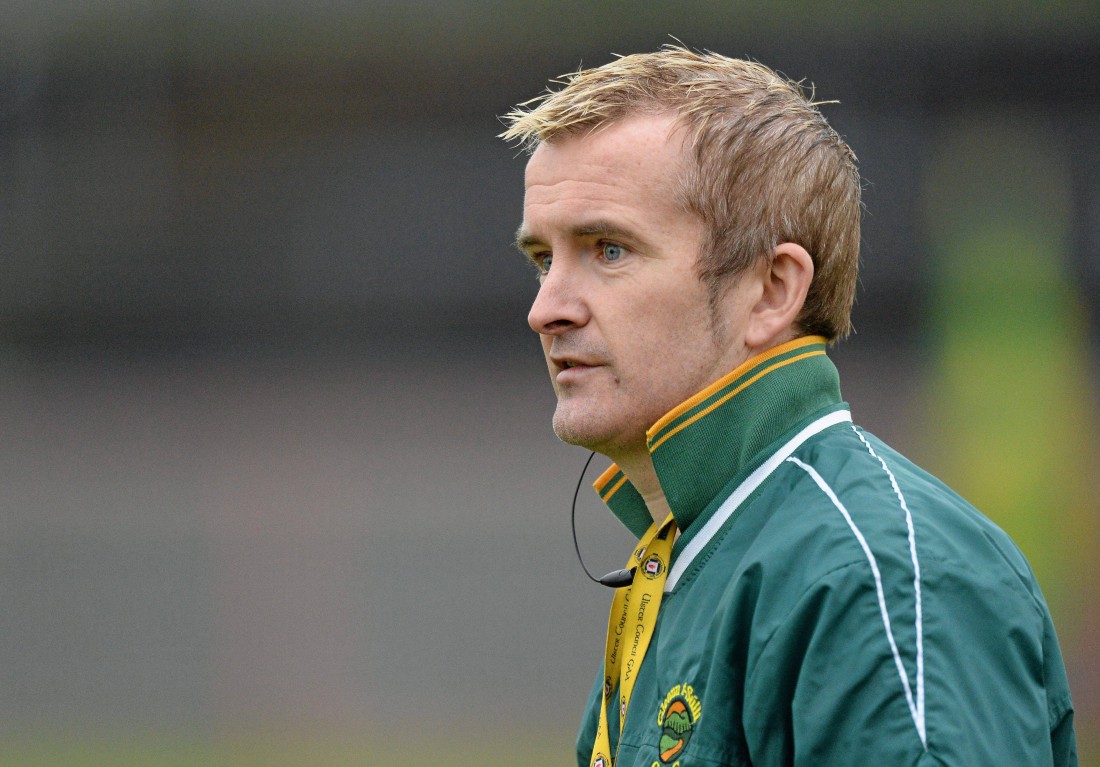 McDaid made the decision to stick with the Pairc Naomh Columba club after holding a meeting of his squad and management on Saturday night in the clubhouse.

The 35-year old St Eunan’s College schoolteacher’s name has to be ratified at the club’s AGM next month, but it is highly unlikely that he will receive a challenge.

This year, McDaid guided Glenswilly to their second Donegal SFC title and they went on a magical journey in Ulster that only ended with last Sunday’s final defeat by Ballinderry.

“We have had a look at where we’re at and we’ll now start to look at how we can get to the next level,” said McDaid.

“We’ll start with simple things like reviewing our panel and maybe look at what young lads we can take up because we need to increase our strength in depth.

“We’ll then look to tackle areas that we didn’t get stuck into this year.”

McDaid was previously involved as joint manager with John McGinley in 2011 when they won their first Dr Maguire and came back this year after a one-year sabbatical in 2012.

McDaid has been assisted by Michael Canning, Johnny McGinley and Brendan Walsh this year.

“Everyone is on board again,” McDaid said.

“We’ll give it another lash. The first thing we wanted to know was what the plans of the players and backroom team were, just gauge if they were willing to commit.”

2013 captain James Pat McDaid is heading for America next month, though a bad knee injury was set to rule him out of contention.

Glenswilly will also play in Division 1 of the All-County League after winning Division 2 this year.

Meanwhile, St Eunan’s have become the latest club to join the search for a new manager after Eamon O’Boyle confirmed that he was stepping down from the Letterkenny side.

St Eunan’s, St Michael’s, Glenfin, Fanad Gaels, Naomh Mhuire, St Naul’s and Naomh Colmcille are among the clubs who are on the hunt for a new boss for next year.