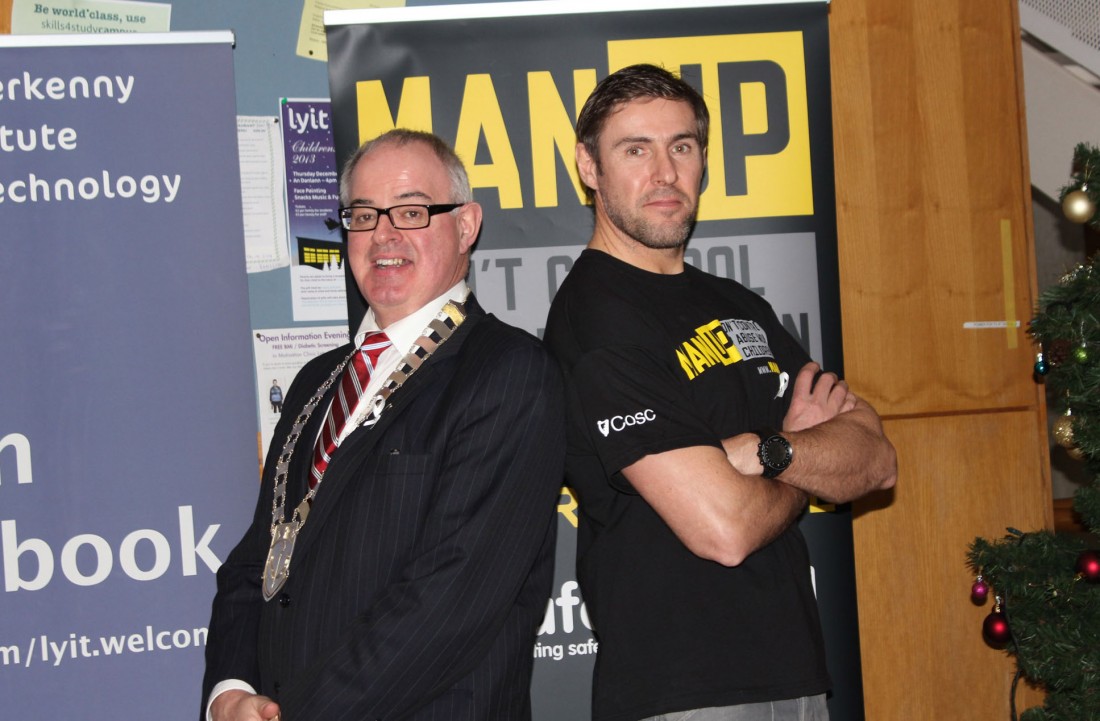 Cllr. Paschal Blake, Mayor of Letterkenny, and Jason Black at the Man Up launch.

DONEGAL men are proudly standing up and declaring zero tolerance on domestic violence of any kind as part of a new campaign which was launched yesterday, December 9, at Letterkenny Institute of Technology (lyit).

The Donegal MAN UP Campaign seeks to help make Ireland a safe place for women and children. It acknowledges that ‘most men celebrate and respect women – they don’t control them. Good men protect and care for children’.

Traditionally, domestic violence against women has been seen as a women’s issue but both men and women are central to the solution. Men are essential allies in ending violence.

Mr Black said he believed that domestic violence can be challenged best if men and women work together to end it. “Your support for MAN UP means that we are one person closer to making Ireland the safest place for women and children living with violence,” he said.

The campaign in Donegal has received support from the President, Michael D. Higgins, Singer Daniel O’Donnell and GAA Star Karl Lacey amongst others.

If you would like to show your support by signing up to MAN UP Campaign, contact Donegal Local Development Company Ltd on 074 9127056 for further details.

Providing end of life services to families in Donegal

For three decades, Paschal Blake and his team have been providing end of life services to families throughout the...