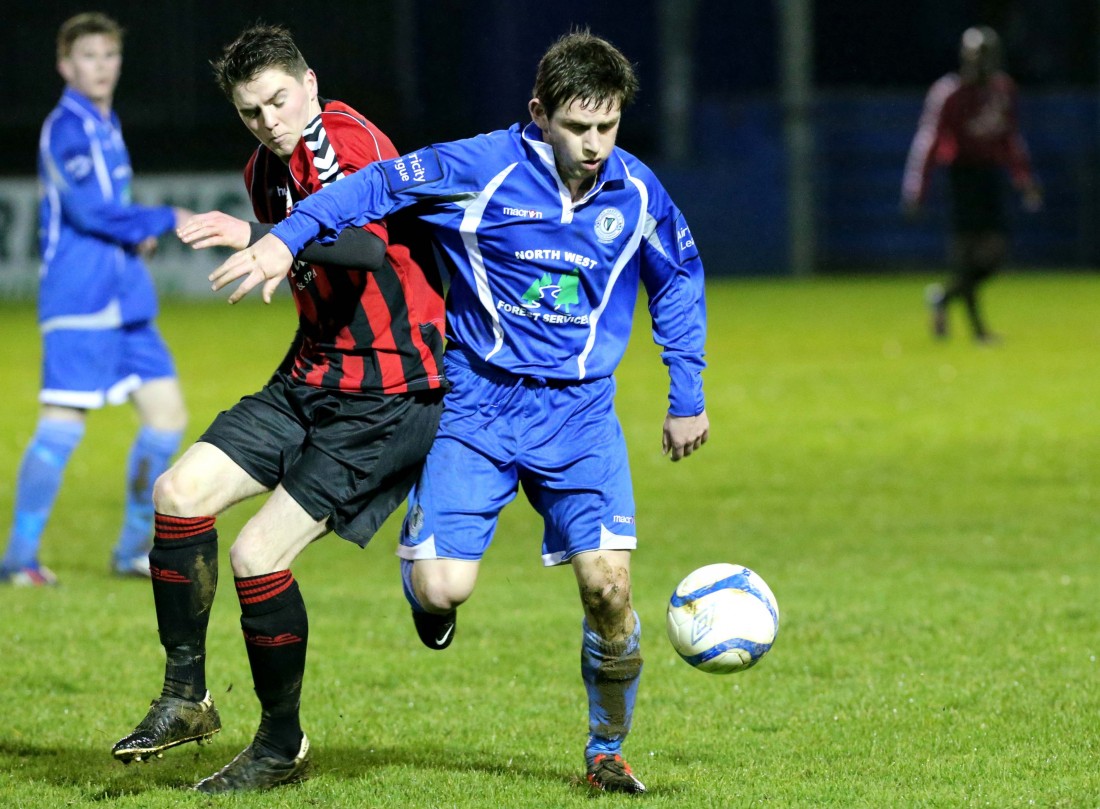 DARRAGH Black netted a brace of goals and Ryan Curran hit the winner as Finn Harps defeated Fanad United in a Donegal derby in the Under 19 League at Finn Park on Friday night.

With David Edward and Caolán McDaid giving Fanad the edge in the first-half, after Black put Harps in front, it looked like the away side might have clung on to win in a week that saw one of their own, Ollie Horgan, appointed the new senior boss at Finn Park.

With Horgan – who was in attendance – departed, it was Michael Herrity who took charge of the Fanad young guns – and they looked like they were set to upset the odds and record the win.

That was until Harps turned the game on its head in the second half. First, they drew level in the 56th minute when Black beat Sean Daffan with a neat finish across the ‘keeper. The winner came in the 71st minute when Curran drove home after Black broke down the left flank to provide the assist.

Harps had taken the lead in the eleventh minute when Black latched onto Chris Flanagan’s cross to steer home from just inside the area.

Black went close again, but this time a stabbed effort from the edge of the box was just wide.

Dean McConnell could have doubled the Harps lead, but he just couldn’t get the direction on a near post header.

Just five minutes later the visitors were in front. A searching ball over the top was misjudged by Oisin Merritt and Conor Matthewson seized on it. Matthewson laid it off for left-back McDaid to tuck home, just inside the far post.

Fanad had teased out a chance moments earlier, though Daire McDaid’s effort crept wide when it might well have sneaked in.

Fanad had their moments in the second half, too, but Edwards was off target and McDaid was denied by Conor McBride in the Harps goal.

Just before Curran’s winner, Harps came agonisingly close. After Flanagan’s shot was cleared from the goal-line by Ronan Sweeney, Daffan denied Black a hat-trick with a stunning save. Black’s effort was goal-bound only for Daffan to adjust himself at the last second and turn it away.

It was a magnificent piece of goalkeeping, but two minutes later he was beaten by Curran’s goal that consolidates third place for Tommy Canning’s Harps.