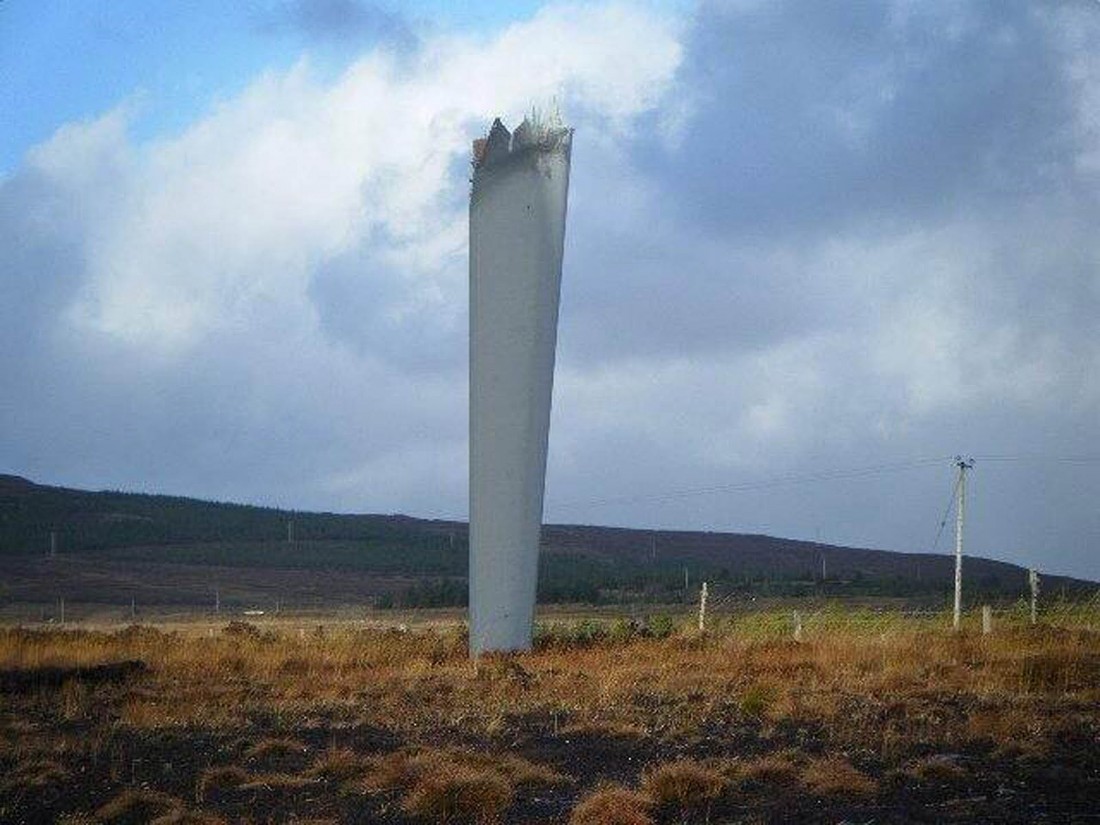 By Cronan Scanlon
ANTI-WINDFARM campaigners have criticised a County Councillor who claimed there was “absolutely no danger” to members of the public when a large section of rotor blade broke off a turbine during last Thursday’s storm near Killybegs.

Cllr John Boyle was speaking to www.donegalnews.com on Friday, hours after storm force winds caused the giant blade to snap and lodge deep into the bog at the foot of the turbine on the Corkermore wind farm.

The Fine Gael Councillor, who lives close to the wind farm and who sold land on which part of it was built, said a section of blade of around ten feet long broke off.

“It didn’t do any damage and there was no one near it. I can only presume it was the very strong winds which caused it to break off,” Cllr Boyle said.

“Some people might be concerned, but there are five or six neighbours around here for whom it would be no problem. There was absolutely no danger.”

However, Cllr Boyle’s comments were condemned by a member of the Glenties Windfarm Information Group (GWiG), particularly in light of the collapse of a wind turbine at Maas near Ardara in high winds in March.

At the November meeting of the council, Cllr John Boyle acknowledged his interest in Corkermore, stating that he had sold land to the development company for the turbines but insisted he had no ongoing interest.

This latest incident comes as Donegal County Council votes tomorrow (Monday) on a motion which was presented by Independent Cllr John Campbell at the November meeting to put in place a setback distance from houses of ten times the tip height of a turbine.

The 500 metre setback had been removed by Councillors at the adoption of the current County Development Plan in June 2012.