Advertisement
HomeColumnistsNo Bones About ItWon’t somebody, please, think of the players?
Advertisement 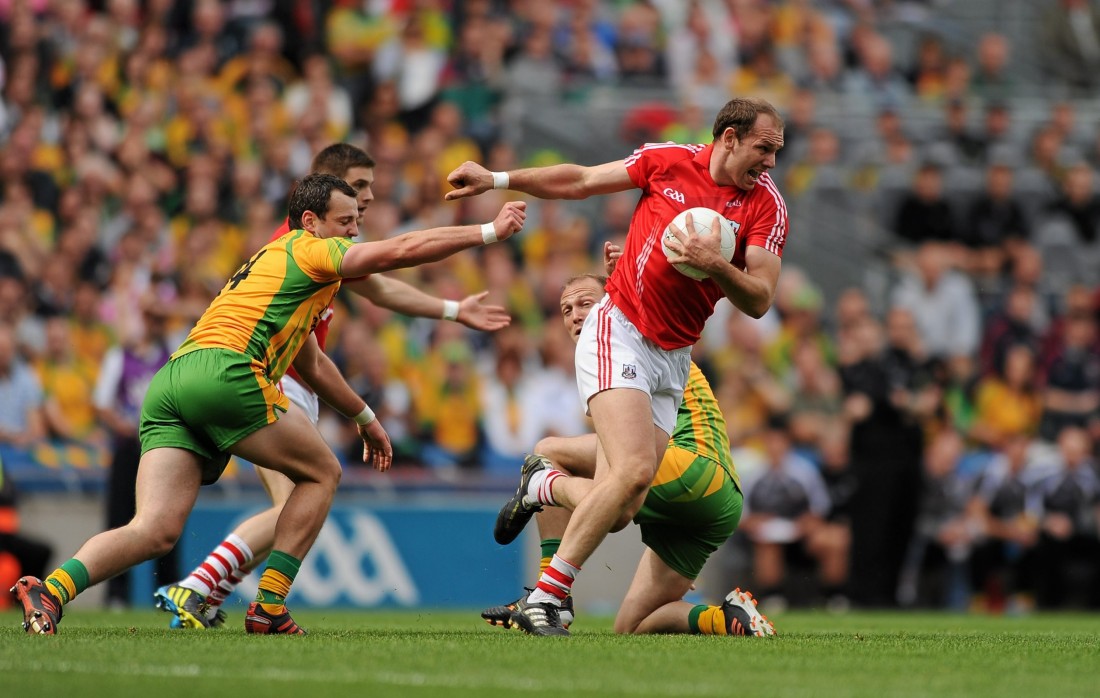 The celebrations were wild and jubilant, but they were tempered and cut as short as any Championship-winning side’s has been. The euphoric haze was removed from their gaze quite swiftly.

This, remember, was their first-ever winning of the title. Think back to Glenswilly’s first winning of Dr Maguire in 2011 or Naomh Conaill’s memorable breakthrough in 2005. There was nothing like it here. It was in marked contrast, in fact.

Instead, Cratloe spent Saturday evening in the ice chamber.

On Sunday, 24 hours after their historic win, Cratloe took on Ballinacourty in the Munster semi-final – and won!

Cratloe had the likes of Liam Markham and Conor McGrath, two members of the All-Ireland winning Clare team from earlier in the year, starring and actually had eight members of Davy Fitzgerald’s panel in their squad.

Is it right that these players, the elite of the elite, should be put through the mill like this?

Is it right, also, that the club’s players, ‘the ordinary club player’ as he has been patronised, had to play two massive games like this in the space of 24 hours?

Of course it isn’t.

The sad part of it all is that no-one seems to care; certainly no-one in high office who should care.

Sometimes a lot of people only see the games and don’t see the behind-the-scenes work and effort that these players are putting in.

It is, obviously, a great honour to play for your county, but has the time come where you have to ask: Is that enough?

They make so many sacrificies with time, commitment and effort – and it is an every day, every week and now nearly every month thing.

Look at Michael Murphy, for instance: Last December he was ramping up his training with DCU in anticipation of the Sigerson Cup and we’ll enter December again and Michael will still be in the throes of hard training as Glenswilly will contest the Ulster club final.

The problem here is not with any of the teams or managers Michael is playing for, but rather the system that allows a player like Michael Murphy – whom Peter McGinnity, the Roslea Shamrocks manager, said was ‘the outstanding player of his generation’ last week – to be effectively used and abused all year round. There is something inherently wrong with our Association when Michael Murphy and his ilk are not a protected species of sorts.

Cork’s new manager Brian Cuthbert has seen a deluge of players leaving the dressing room before he has even had time to put his coat on the hook.

Alan O’Connor became the latest player to announce his inter-county retirement in Cork this week. While Ciarán Sheehan won’t be available to Cuthbert, his reason is that he has gone to play for AFL side Carlton. However, before O’Connor made his announcement, Cork had seen Graham Canty, Alan Quirke, Paudie Kissane, Noel O’Leary and Pearse O’Neill retire from the inter-county scene in recent weeks.

O’Connor is only 28 and has called it a day. Again, there is something wrong with the game when you have 28-year olds retiring when they are fit and only entering what should be their peak years.

Someone, somewhere, perhaps the GPA, should be asking why this is happening. A combination of all of this full-time work is taking a toll.

Those guys are, in a name only, full-time players. They are full-time in everything bar the remuneration that doesn’t go their way.

Many of the Donegal players have so much milage on the clock from a young age now you wonder how much more they can give. O’Connor has quit at 28 seeming as if he has lost the grá for the game – and, in many ways, it is no wonder.

Between family commitments and work commitments, making the sacrifice to give to inter-county managers what they are demanding has become something of a massive ask for players nowadays. Effectively, teachers – who are off during the height of the Championship season – and students are about the only two professions suited to an inter-county player now and a glance at any match programme would concur with that assessment.

This week, the GPA Chief Executive Dessie Farrell warned that gambling would become an even bigger issue than in the past – because of the social isolation that is facing players.

“To put it in perspective, in our mental health programme, gambling would have the highest incidence of players presented to our counsellors, on that basis,” Farrell said.

“Depression would be next and you’re working your way back from that. So it is a big issue. I think the problem is the type of lifestyle our players lead. And all that goes on with the game these days. Maybe socially they’re not as active as other civilians in society. So they have time on their hands, particularly late at night, or whatever the case may be.”

Listen, this isn’t just a problem relating to the inter-county player, but the club player, too, is susceptable to this lure.

It is a problem right through the Association – and the high-profile cases of Oisin McConville and Niall McNamee have helped bring it into the public domain.

It is an issue that needs to be dealt with and again I feel it is a knock-on from that pressure and commitment mentioned earlier.

When you’re playing at that level you’re in a bubble and you need a release.

When you’re training to that intensity, watching what you’re eating and living with all of that going on, you need something because every hour of your life is centred on football. In our time, we’d have gone for a scatter of pints after a match on a Sunday, but those days have long gone.

Gambling has become so accessable now, too, and this has helped. Of course the days of going for the pints isn’t as prevelant as it once was – again because of the physical demands that are on players now.

The whole landscape has changed dramatically.

I met an inter-county player during the week and we were talking about the demands with gym work. I never spent a day in a gym during my fifteen years playing for Donegal!

It’s often been asked where did all of this come out of. I think the most logical theory here is that it was that time the Australians brought over a team, around ten or twelve years ago, and were just so powerful. Around that time, it seemd, the GAA coaches and manager began to put more emphasis on this aspect of the game.

Look at any inter-county player now and he’s built like the professional sports man. They’re akin to rugby players or the Australian Rules players. This didn’t just magic itself onto the scene. Most teams now have strength and conditioning coaches – look, for instance, at Glenswilly and Milford, who won the senior and junior championships in Donegal, who had Paul Fisher on board to work on this area.

It is part and parcel of any backroom team now and it is a recent phenomenon.

Even right down to club level we see this pressure, work load and time pressure cause problems. There will be a managerial merry-go-round with club managers in the coming weeks – and you’ll find that many of those men just aren’t able to be giving of so much time anymore. Gone are the days now when a club would train twice a week and play a game on Sunday. Clubs now are adopting all the sports science, stats and medical teams that inter-county teams have.

In many ways, you have to wonder if all this so-called progress will ultimately be to the detriment of our games…