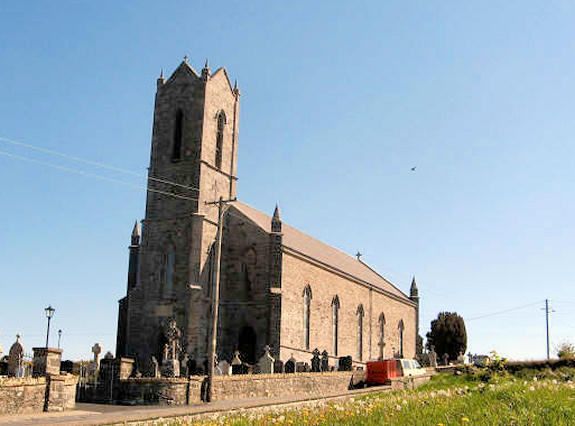 BY SEÁN P. FEENY
THE two men who died in unrelated incidents in the Ballintra area of South Donegal on Friday have both been named. The man who died after the tractor he was driving was involved in a collision with a car on the N15 at Ballintra on Friday morning has been named as Christy Lipsett (63), a farmer from Cashel near Rossnowlagh.

Mr Lispett, a father-of-four, was pronounced dead at the scene after his tractor collided with another vehicle and toppled on the road outside Donegal town around 10am. The driver of the other vehicle was unhurt in the crash. Gardaí subsequently sealed off the area and crash collision investigators carried out a full examination of the scene.

The body of the late Mr Lispett will be removed from his home at Cashel at 1pm going to St Anne’s Church, Ballyshannon for funeral service at 2pm and interment in the adjoining cemetery at the Church of Ireland.

On the same morning, council workers doing work a few miles away in the townland of Ballinacarragh, Ballintra, discovered the body of a man on the roadside.
The body discovered was identified as Mr Patrick McCafferty, in his 50s, originally from Scotland who had been living in the locality with for some years, more recently living with his brother in the town centre of Ballyshannon.

A spokesperson for the gardaí said they were treating Mr McCafferty’s death as accidental and confirmed that both incidents in the Ballintra area on Friday were unrelated. The funeral mass for the late Mr McCaffertywill be at St Bridget’s Ballintra at 11am, tomorrow morning.

Donegal County Councillor Barry O’Neill said both men were very well-known in the greater area of Ballyshannon. “Christy (Lispett) was a young family man and father-of-four who was known as a hard-working man who was always there to help out in the community. I only spoke to him the other day and it is so sad to lose him in such a freak accident.

“I spok to Pat McCafferty’s brother Tommy this morning. This was another sad loss on Friday. Pat, as well as his brother Tommy, were both known in the area as great stonemasons with a love for equine and racehorse breeding. He was a real character and very well -known in social circles with young and old in the town of Ballyshannon,” said Cllr O’Neill.

Ballyshannon Town Mayor, Cllr Phonsie Travers said the community was in shock: “It’s so sad to hear of two tragic deaths in one day. It has been the only topic of conversation in the area over the weekend and all our thoughts are with the families.”